Wildlife expert tranquilized the 750lb beast and returned him safely to the wild. 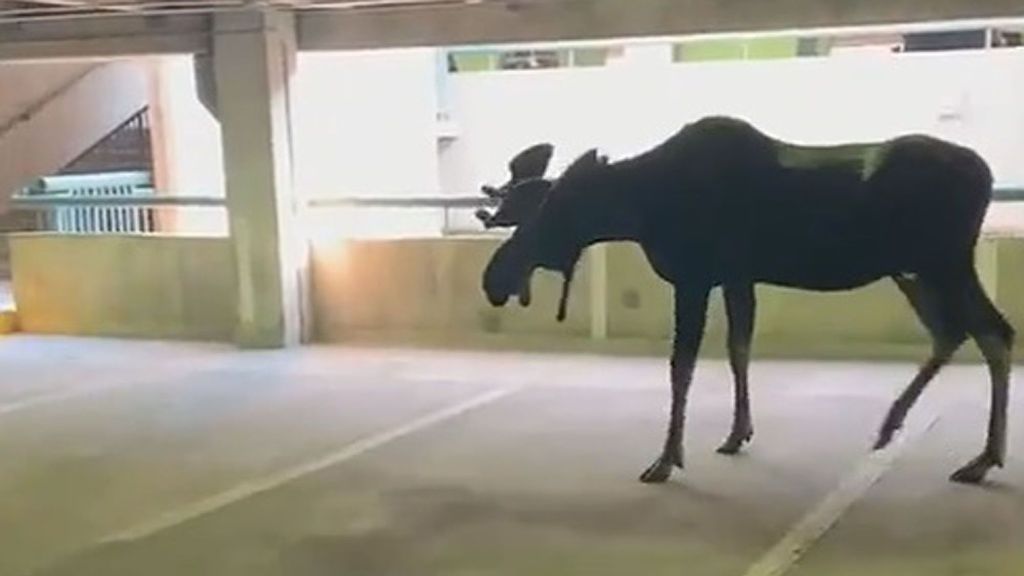 A young bull moose who liked to frequent a parking garage in Lionshead Village in Vail, Colorado, was tranquilized and relocated by wildlife officials on July 27, 2021. (@CPW_NW/Zenger)

A wildlife officer in Colorado used a tranquilizer dart to stop a runaway moose causing chaos in a parking garage.

The officer tranquilized and removed the moose from the parking garage in Lionshead Village in Vail, Colorado, on July 27.

The Colorado Parks and Wildlife (CPW) Headquarters started receiving calls about a moose appearing in urban areas about a month ago.

During the next month, wildlife experts kept a close eye on the moose, noticing that it kept visiting the ground level of local parking garages.

CPW presumed that the moose was attracted to the residual salt on the garage’s walls and floors. The group worked with the locals to remove the salt, however, the animal continued returning to the area.

“He was pretty regularly coming into the parking structure first thing in the morning, and then would kind of clear out before it got too busy,” wildlife officer Devin Duval said. “This is the primary parking place for the folks accessing Lionshead Village, as well as the Vail Health Hospital.”

CPW decided relocation was the best option, since the moose continued returning to the area.

“Everything went smoothly this morning, no issues,” Duval said.

Duval said that the operation to tranquilize the moose started around 8:25 a.m.

“We were definitely within that human health and safety realm, where there could potentially be an injury to a human or the animal,” Duval said. “That is the reason we decided to move it.”

“This moose was not electing to spend time elsewhere, but now people can be at ease walking to work through that garage and the moose will be moved to a more appropriate habitat.”

Wildlife experts estimated that the male moose weighed around 750 pounds.

CPW said they moved the moose to the area of Craig, where wildlife officials want to increase the moose population.

CPW reminded local residents to always keep a safe distance from moose and other large wild animals, and never approach them.

They said that it is also important to keep dogs on a leash when hiking through areas populated by moose.

The moose is the largest representative of the deer family, with the males having large antlers. Typically, they inhabit forests, but are known to move into urban areas when their habitats are reduced.

Unlike deer, moose tend to live solitary lives, rather than moving around in herds. They are not known to be fast-moving, but can become aggressive if startled.