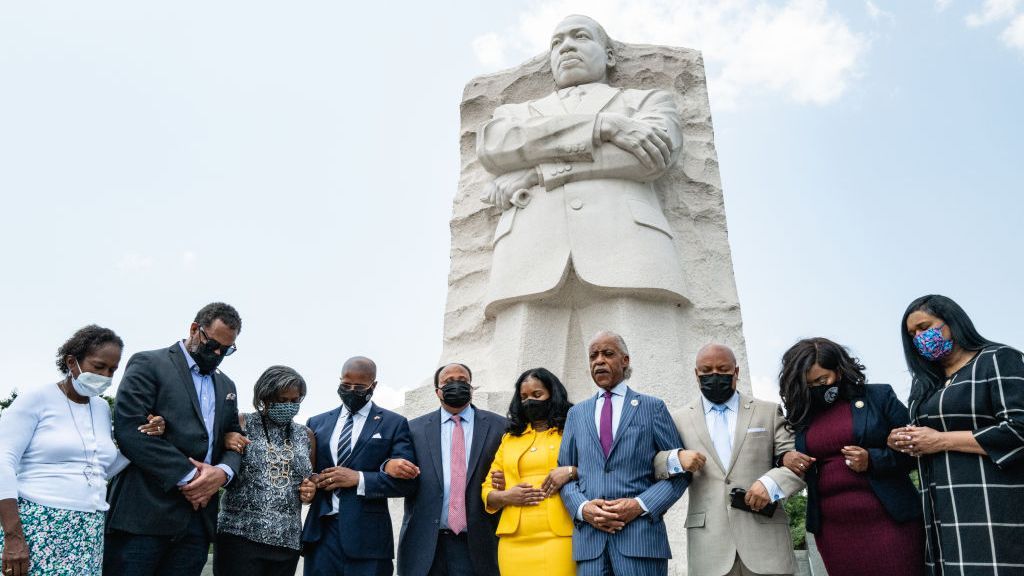 WASHINGTON — Texas Democrats told Congress on Thursday that state Republicans were carrying out an attack on the voting rights of minorities to stop the onetime GOP stranglehold from trending any further purple — or even one day falling to the Democrats in an election.

Amid shifting demographics in Texas, which has not voted for a Democrat in a presidential election since Jimmy Carter in 1976, Democrats have grown increasingly hopeful of a return to electoral relevance.

Testifying before the House Sub-Committee on Civil Rights and Civil Liberties in Washington, D.C., the state lawmakers, who fled Texas earlier this month to forestall a vote, said that new electoral laws being pushed by the Republican majority in the state, led by Gov. Greg W. Abbott, were an effort to circumvent that.

“Some of you may be asking why did we ring the alarm — why are we raising concern about what’s going on in Texas?” said Texas State Rep. Nicole Collier, the chair of the Texas state legislative Black Caucus at a press conference. “Well, it’s not just happening in Texas, it’s happening across our country.”

“We have seen a concerted effort in various states to pass legislation that would limit access to the ballot. It would not expand access, it would reduce access. What is happening in Texas is no different.”

More than 50 Texas House Democrats fled the state on July 11 after Gov. Abbott called a special session of the state legislature to pass new election laws, which are part of a nationwide push by GOP leaders to change election laws in the wake of former President Donald J. Trump’s claims of voter fraud.

By leaving Texas and denying the Republicans the two-thirds quorum needed to pass the legislation, the Democrats have forestalled the passage of the new voting laws. They said the decision to flee the state to deny quorum — the first such move by the minority Democrats since a redistricting fight in 2003 — was not taken lightly, and only came after the Texas GOP refused to negotiate.

“We tried to work with our colleagues to reduce the harmful impact of this legislation, but we hit a wall,” Rep. Collier said at a press conference after leaving Texas. “There were no more discussions to be had, so we came to find the answer, and that is in Washington, D.C., with our federal counterparts.”

But during the hearing on Thursday, Republicans accused the state Democrats of shirking their responsibilities by fleeing, even jeering at those testifying by telling them to “Go back to Texas.”

Some, like, Rep. Peter Sessions (R-Texas) accused the state lawmakers of inventing elaborate political narratives to prevent legitimate legislation from passing. He noted that Republicans, like himself, were in the minority in both chambers of the U.S. Congress, but still turned up to losing votes.

“The work of the state of Texas is very important and the people of Texas have duly qualified and elected individuals who represent them,” Sessions said. “It has become common that people when they know they don’t have the votes leave, walk out and to not participate.”

“Here in Washington, D.C., we do not have the votes to win a single vote — none — but Republicans don’t walk out,” he added. “We don’t go and accuse people of things because we are losing.”

Rep. Collier, though, defended the delegation’s decision to leave Texas to prevent the laws passing.

“There was mention of the walkout of the quorum,” she said. “That is a procedural method — just as the filibuster is in the Senate. If they don’t like a policy in the Senate, they filibuster.”

“That is just part of the rules.”

The Democrats are the minority in both chambers of the Texas state legislature.

However, given the GOP does not hold a two-thirds majority in the lower house, even with its majority it cannot pass the electoral bill when the minority Democrats are not present to provide quorum.

The state lawmakers, who opposed the electoral bill due to provisions including bans on drive-through voting and 24-hour voting, arrived in the capital on July 11 and plan to remain until Aug. 7, after the end of a special 30-day sitting of the Texas legislature called to pass the bills.

According to the Democrats, despite no evidence of voter fraud in the 2020 elections in Texas, which Trump and down-ballot Republicans handily won, state Republicans are seeking to implement legislation that would dramatically restrict ballot access to voters who tend to vote Democrat.

In particular, they say the legislation targets black and Latino citizens by imposing restrictions on voter assistance, which is often in the form of language help, as well as stricter voter ID requirements.

One of the Democrats, Rep. Senfronia Thompson, a member of the Select Committee on Constitutional Rights and Remedies in the Texas House, told Zenger in an interview on Tuesday that she believed the group’s decision to flee Texas was justified by the severity of the laws being pushed by the GOP.

“This is probably the worst session that we have endured, and what we are doing is going back to a time when they had signs that read ‘No dogs, no Negroes, no Mexicans,” Thompson said.

While in Washington, D.C., the Texas state lawmakers have been doing the rounds, meeting with national Democratic Party leaders and other voting rights activists. On Monday, they met with District of Columbia council members and local pastors. On Tuesday, they gathered with Rev. Al Sharpton and Martin Luther King III, driving to the Martin Luther King Memorial for a photo opportunity.

They group says their main goal is to promote the passage of two prominent voting rights bills being pushed by Senate Democrats, which have both been blocked by Republican filibuster threats.

The chair of the Texas Democratic caucus, Chris Turner, said in a statement issued when they left Texas that only the passage of the two bills — the For the People Act and the John Lewis Voting Rights Act — can stop what he termed the “Trump Republicans’ nationwide war on democracy.”

But the Senate Democrats have not made much headway on passing either piece of legislation given the filibuster, which requires the 50 Senate Democrats in the 100-seat chamber to gain the support of 10 Republicans to pass laws.

Meanwhile, the Texas lawmakers can only stay away from home for so long.

Gov. Abbott has said he will have the group arrested and taken to the legislature to reach quorum whenever they arrive back. He has also strenuously denied the new laws are intended to restrict minority voters, and says they are intended only to ensure the integrity of future elections.

“As soon as they come back in the state of Texas, they will be arrested, they will be cabined inside the Texas Capitol until they get their job done,” Gov. Abbott told KVUE-TV earlier this month.

Many of the lawmakers, though, say the prospect of arrest does not worry them, if it helps their battle.

“My mom and grandmother said that if you don’t stand for something, you will fall for anything,” Texas State Rep. Rhetta Andrews Bowers told Zenger. “We vote to keep fighting.”