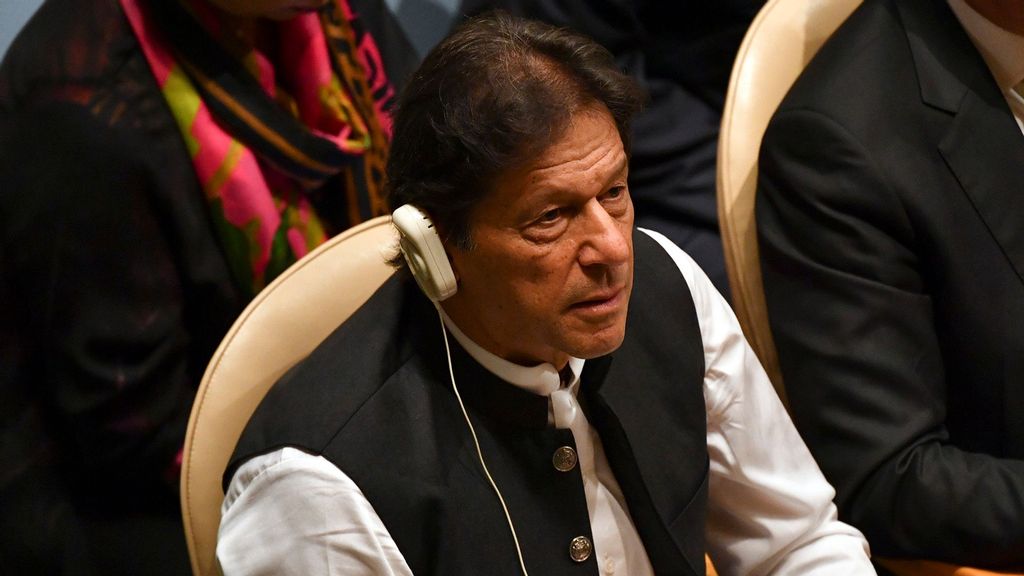 The Taliban are not some military outfits but normal civilians, said Pakistan Prime Minister Imran Khan, asking how the country is supposed to hunt them down when it has three million Afghan refugees at the border. (Mick Tsikas/AAP Image)

WASHINGTON — “The Taliban are not some military outfits, but normal civilians,” Pakistan Prime Minister Imran Khan said in an interview to a news channel on July 27.

“How the country is supposed to hunt them down when it has three million Afghan refugees at the border?”

Pakistan hosts three million Afghan refugees, of which the majority are Pashtuns, the same ethnic group as the Taliban fighters, said Khan.

“Where are these safe-havens? There are three million refugees in Pakistan who are the same ethnic group as the Taliban.”

Pakistan has been long accused of helping the Taliban militarily, financially, and with intelligence inputs in their fight against the Afghanistan government, but Khan dismissed these accusations as “extremely unfair.”

Khan also said that 70,000 Pakistanis had died in the aftermath of the U.S. war in Afghanistan, even when “Pakistan had nothing to do with what happened (in New York on Sept.11, 2001).”

“At the time, Al-Qaeda was based in Afghanistan, and there were no militant Taliban in Pakistan,” Khan said, maintaining that no Pakistani national was involved in the attack on the World Trade Centre.

“We had nothing to do with,” Khan said, regretting that the war in Afghanistan had resulted in a loss of 150 billion dollars to Pakistan’s economy.

About 6,000 terrorists of Tehrik-i-Taliban Pakistan (TTP) are operating on the Afghan side of the border, as per a report prepared for the United Nations Security Council.

While the Tehrik-i-Taliban Pakistan has “distinctive anti-Pakistan objectives,” it also supports the Afghan Taliban militants inside Afghanistan against Afghan Forces, the report by the United Nations Analytical Support and Sanctions Monitoring Team said.

“This is absolute nonsense. Why don’t they give us evidence of this?” Khan said when asked about a recent report of 10,000 Pakistani fighters crossing over the border to help the Taliban.

Khan also said that the United States “really messed it up” in Afghanistan by initially looking for a military solution and then attempting to seek a political solution from a position of weakness.

“I think the U.S. has really messed it up in Afghanistan,” the Prime Minister in the interview.

“The U.S. should have opted for a political solution when the presence of NATO forces in Afghanistan was at an all-time high and not when they had reduced the troops to barely 10,000.”

Under a deal with the Taliban, the U.S. and its NATO allies agreed to withdraw all troops in return for a commitment by the militants that they would prevent extremist groups from operating in areas they control.

U.S. President Joe Biden has announced that American troops will be out of the country by Aug. 31.