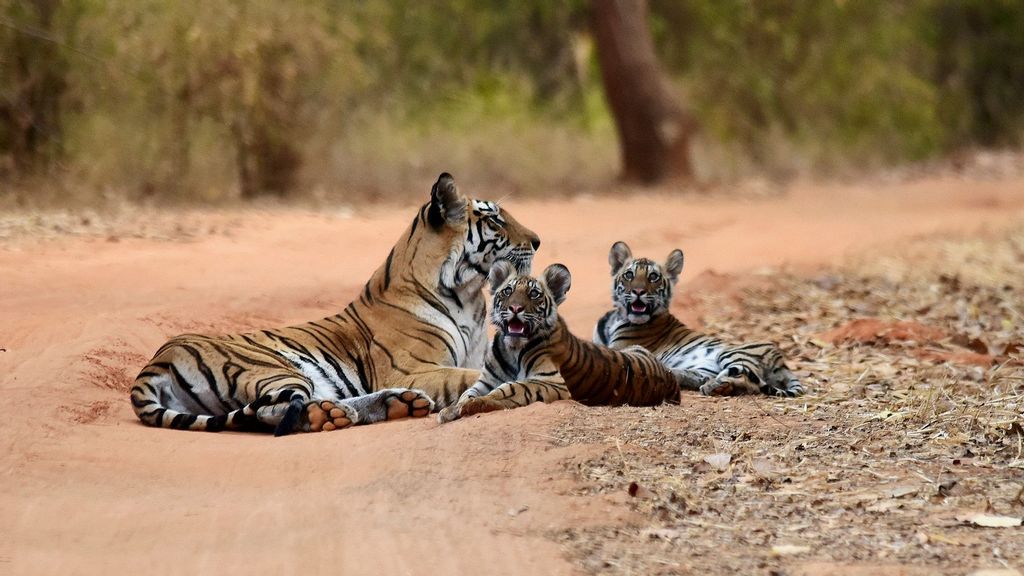 (Representative Image) On the occasion of International Tiger Day, Prime Minister Narendra Modi on July 29 said that India has achieved the target of doubling the tiger population four years ahead of the schedule of the Saint Petersburg Declaration on Tiger Conservation. (Syna Tiger Resort/Unsplash)

NEW DELHI — On the occasion of International Tiger Day, Indian Prime Minister Narendra Modi said the country had achieved the target of doubling the tiger population four years ahead of the schedule of the Saint Petersburg Declaration on Tiger Conservation.

The Saint Petersburg declaration on tiger conservation was signed at the Tiger Summit in 2010, with world leaders committed to doubling tiger numbers by 2022.

In the meeting, it was decided to celebrate July 29 as Global Tiger Day to raise awareness about the failing number of tigers worldwide.

In a series of tweets, Modi extended greetings to wildlife lovers.

“On #InternationalTigerDay, greetings to wildlife lovers, especially those who are passionate about tiger conservation,” said Modi in the tweet.

“Home to over 70 percent of the tiger population globally, we reiterate our commitment to ensuring safe habitats for our tigers and nurturing tiger-friendly eco-systems.”

The Prime Minister said that the last tiger census showed a rise in the big cat’s population.

“India is home to 51 tiger reserves spread across 18 states. The last tiger census of 2018 showed a rise in the tiger population. India achieved the target of doubling of tiger population 4 years ahead of schedule of the St. Petersburg Declaration on Tiger Conservation,” his other tweet read.

The census conducted in 2018 showed India’s tiger population was thriving most in the Western Ghats region, with an estimated 776 tigers.

The country’s tiger population is classified into five landscapes, and as per the census, the Central and Eastern Ghats region reported the highest increase of 50 percent in the tiger populations.

“We are also inspired by our centuries-old ethos of living in harmony with all flora and fauna with whom we share our great planet,” he tweeted.

Under the ambit of the National Tiger Conservation Authority (NTCA), India has implemented several novel conservation initiatives like voluntary incentivized village relocations, connecting tiger source populations through habitat corridors, amongst others, which have borne fruit as evidenced by tiger recovery in the past 16 years.

“Today, over 70 percent of the world’s tigers are found in India. Under PM Shri @narendramodi ji, the impetus given to conservation of tigers and other wildlife has ensured that with economic growth India’s ecology is also prosperous. #InternationalTigerDay,” Yadav tweeted.

Meanwhile, Reddy tweeted about the commitment of the government to protecting the endangered animal.

“On this #InternationalTigerDay, I recall the commitment of the @narendramodi government in protecting this endangered animal, while taking up several initiatives aimed at increasing the tiger count, which has now resulted in India being home to over 70 percent of world tiger population,” the tweet read.

The National Tiger Conservation Authority has come out with technical reports for conserving tigers at the landscape level.

The reports are based on All India Tiger Monitoring, Management Effective Evaluation of Tiger Reserves, Preparation of Tiger Conservation Plans/ Security plans, and movement ecology of tigers.

The report, “Status of Tigers Co-Predators & Prey in India, 2018“, shows India’s successful record of conserving tigers over the years.

“The Project Tiger, which was initiated in 1973 with nine tiger reserves and has now grown to cover 50 tiger reserves covering about 2.21 percent of India’s geographical area,” the report states.

India’s national tiger assessment is the largest biodiversity survey being carried out anywhere in the world.