Engineering Parasites To Protect Troops From Exposure To Bioweapons

The US military has funded research looking into whether parasites can help build immunity in troops against biological weapons. 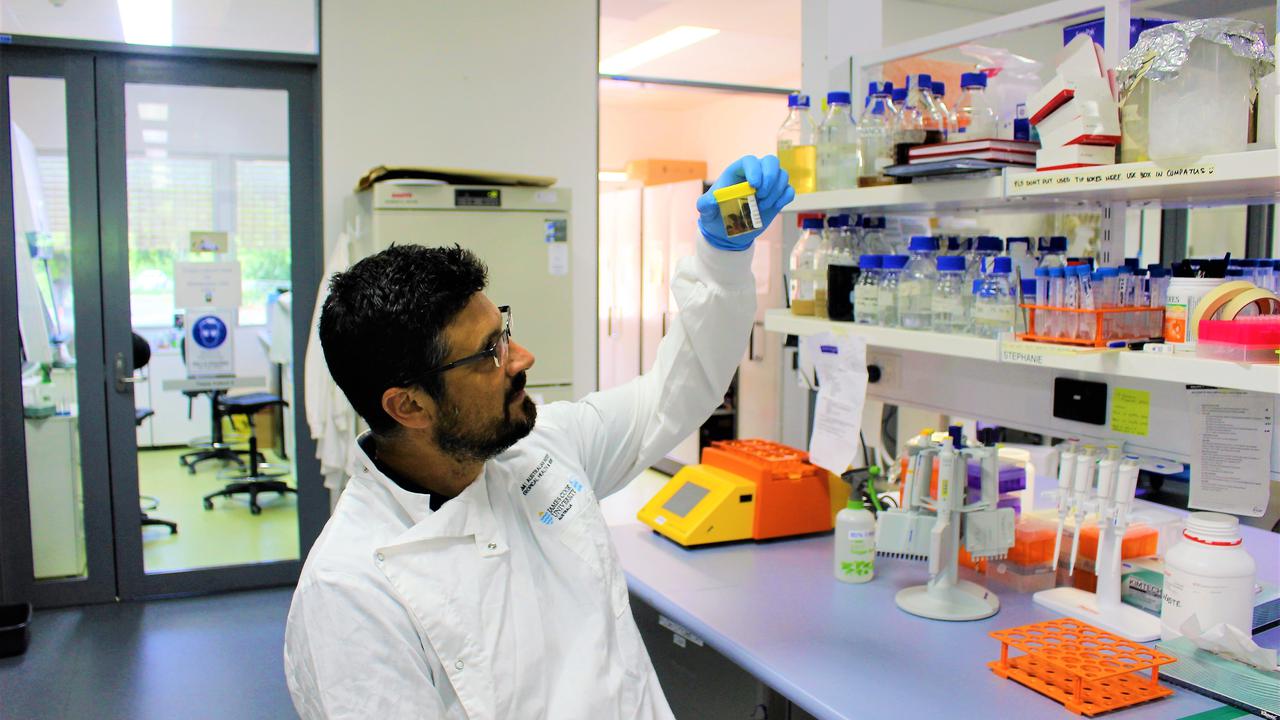 Professor Alex Loukas is conducting research into the use of parasites to help combat biological weapons. (AAP Image)

TOWNSVILLE, Australia — The United States government has funded two leading Australian researchers with nearly AU$3.4 million ($2.5 million) to conduct research into the use of parasites to help combat chemical and biological weapons. The study aims to enhance the immunity of military personnel against such threats.

Alex Loukas and Paul Giacomin from James Cook University are investigating the use of helminths to protect troops against bioterrorism agents.

Helminths are parasitic worms that live inside human bodies and have been known to infect up to two billion people in developing countries.

“Your naturally occurring wild type ‘bookworm’ does not secrete anything that will naturally protect against bioterrorism agents such as anthrax or Ebola virus,” Loukas said.

“We can engineer the worm’s genome so that it will secrete therapeutic molecules that will protect against those different bioterrorism agents.”

Loukas, a molecular parasitologist and professor at James Cook University, said the project is intended to reduce the burden of personal equipment worn or carried by members of the military and medical first responders in conflict zones to protect them against bioterrorism agents.

What sets the project apart from existing science in the field is that instead of developing antibodies with anti-anthrax properties to counter an antigen, the approach focuses on engineering a parasite to secrete them in a body exposed to potentially threatening toxins antigens.

“They are tiny little factories that are sitting inside the infected volunteer, and they are constantly secreting these therapeutic molecules into the body,” Loukas said.

He has been working on infecting human volunteers in Australia with hookworms for more than 10 years, but this new, untested research is the first time genetically modified worms will be trialed.

“It’s certainly a collaborative effort with our colleagues, particularly in the US and Europe, who are doing the genetic engineering aspects,” Loukas said.

“Whereas we bring the expertise to the project with human experimental infections with parasitic worms.”

He said with advancements in military technology, the threat of bioterrorism agents will become more common.

“It is clearly an advantage to have an internal biological solution to counter threats when they suddenly appear,” he said.

Six other international universities and companies are involved in the multi-million dollar program, which was initially conceived by Loukas and his United States colleague Professor Paul Brindley at George Washington University.