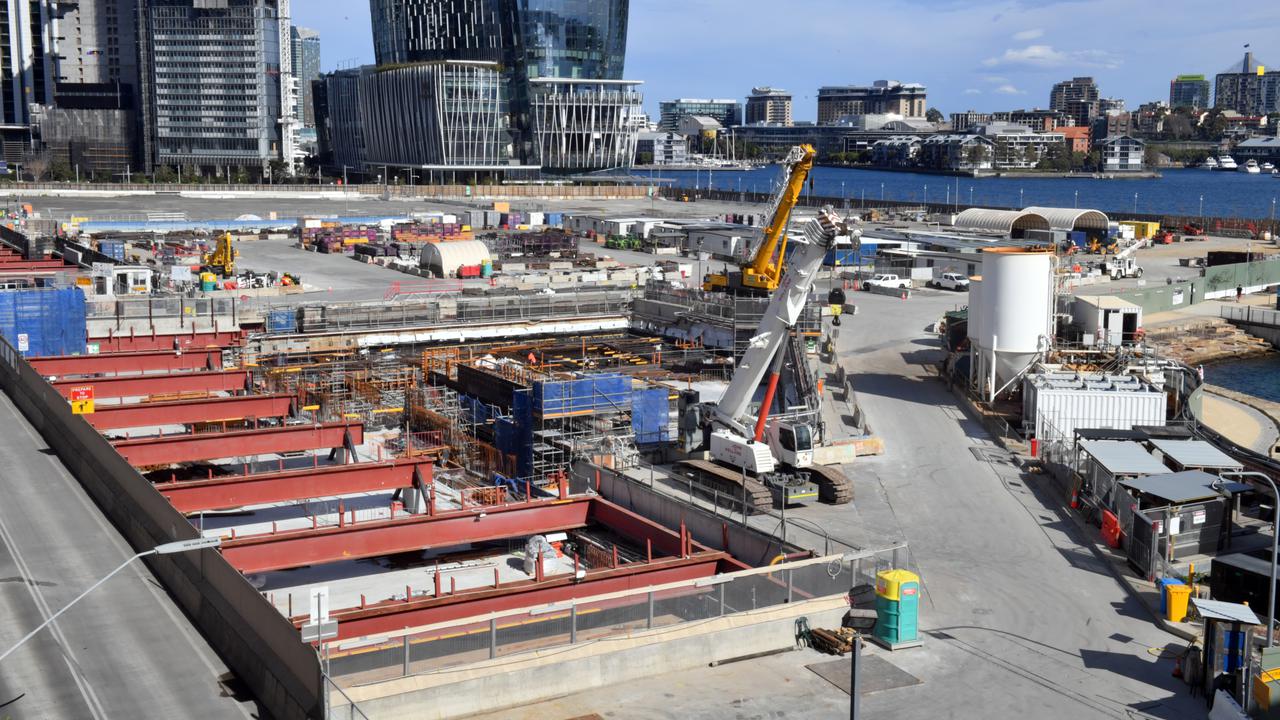 Economists have downgraded their forecasts for the economy after Sydney's lockdown extension. (Mick Tsikas/AAP Image)

SYDNEY — The Australian economy is facing its biggest jolt since the depths of last year’s recession, with the Sydney lockdown extended until the end of August.

Economists have further downgraded their forecasts for the national economy in the September quarter, expecting it to head towards a steep contraction.

The Greater Sydney area is the country’s biggest city and represents around a quarter of national output.

Asked whether Australians should prepare for a recession, Treasurer Josh Frydenberg said, “We do not know what is around the corner with respect to Covid-19.”

“And seeing our two biggest states in lockdown over the quarter is going to have a significant economic impact.”

He said he would not be surprised by a September quarter of negative growth, but another similar quarter could be avoided if the southeastern state of New South Wales exited lockdown and got on top of its outbreak.

RBC Capital Markets chief economist Su-Ling Ong had initially estimated a modest contraction of 0.6 percent for the September quarter based on the initial stages of the New South Wales restrictions and snap lockdowns in Victoria and Adelaide.

But she has now cut her forecast further for Greater Sydney’s longer lockdown and expects a negative result of minus 1.2 percent.

Australia and New Zealand Banking Group economists Felicity Emmett and Catherine Birch believe the New South Wales government will be forced to extend restrictions until at least the end of September.

As such, they expect the economy will contract by 1.3 percent.

“The risks to the outlook are tilted to the downside,” they said in a note to clients.

“Given the much greater transmissibility of the Delta variant, the possibility of a longer lockdown in Sydney or further contagion into other states is significant.”

Commonwealth Bank head of Australian economics Garth Aird anticipates an even bigger negative of 2.7 percent for the Sept. quarter and only a partial 1.9 percent recovery in the December quarter.

But it is not all doom and gloom.

“It is our expectation that 2022 will be an incredibly good year for the Australian economy, provided the successful rollout of the vaccine means that Covid-19 restrictions are no longer imposed on the domestic economy,” Aird said.

Frydenberg declined to rule out delivering a budget before the federal election due by May 2022.

In the near term, the marked deterioration in economic fortunes will be a worry for the Reserve Bank of Australia when it holds its monthly board meeting on August 3 rather than the latest spike in inflation.

The June quarter consumer price index saw the annual rate of inflation soar to 3.8 percent, its highest level in more than a decade.

While well above the Reserve Bank of Australia’s two to three percent target, it was largely anticipated by the central bank, being a reflection of weak price pressures of a year ago and likely to be temporary.

The Australian Bureau of Statistics will release its international trade price indexes on July 29, which will show price pressures for both exported and imported goods in the June quarter.