How free torches have shone a light on a path out of poverty in southeastern African country Malawi. 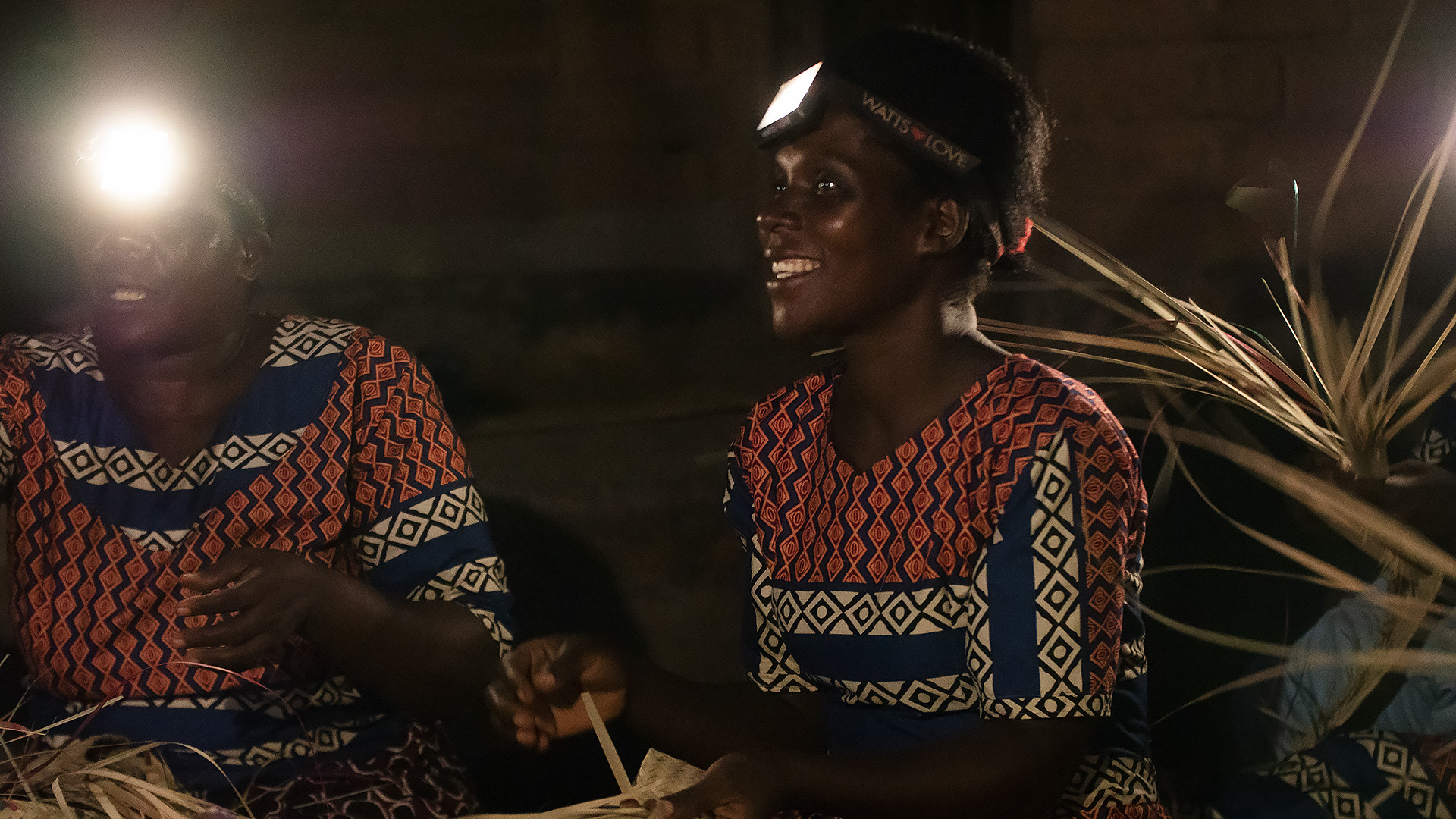 Member of the women's weaving group weave reed mats with the aid of the solar torch. Usually, the work would cease at sunset due to lack of adequate lighting in Nkhatakota, Malawi. (Sean Economou)

NKHOTAKOTA, Malawi — It is 8 p.m., and the darkness has enveloped Tiyamike Gwedeza’s house in Mkhomo village, Salima district, western Malawi. However, in her backyard, a bright light illuminates as the sounds from a manual sewing machine drift out.

The 29-year-old’s life changed when she received a small solar torch as a gift from the American non-profit Watts of Love in 2019.

Gwedeza, a tailor, now sews into the night, doubling her productivity and profits.

“I started tailoring ten years ago,” she told Zenger News.

“Sometimes, I work overtime to complete bulk orders and meet deadlines. Before I had the torch, I would abandon work at sunset. Since receiving the torch, I work until late and produce more clothes. My revenue has almost doubled in the past year, thanks to this innovation.”

Malawi, a landlocked country in southeastern Africa, is one of the world’s poorest and third least electrified countries.

Currently, electrification stands at 11 percent, with 42 percent of the urban and only four percent of the rural population connected to electricity, according to the World Bank’s Sustainable Energy For All project.

In most of Malawi, when darkness falls, everything stops. However, Watts of Love has reached out to the needy in the Nkhotakota district, 124 miles west of the capital Lilongwe.

In Benga village, Nkhotakota district, on the shores of Lake Malawi, a group of 11 women mat weavers explains how the torches helped them boost their earnings.

“We have saved a lot of money we could have used to buy batteries, candles, or kerosene for lamps since we got the solar torches,” the group’s leader, Lucy Tokoma, told Zenger News.

“We have reinvested the money we have saved through this fuel-efficient resource in livestock and building new businesses for our community.”

The torches take five hours to charge in the sun and last for a day.

Watts of Love founder and chief executive officer Nancy Economou, 55, was inspired to start the project after she accompanied her husband for a business visit to the Philippines in 2009.

Economou volunteered at a local feeding program in a rural community where most of the population lived without access to electricity.

“There, I encountered a girl whose face got burned by a kerosene lamp,” Economou, the mother of five from Chicago, Illinois, told Zenger News.

“I was told the only treatment they could afford was to rub toothpaste on the wound. However, the problem was bigger than just one child who suffered injury from kerosene. I witnessed children left unattended in complete darkness while their parents worked at night. At that moment, I desired to make a change.”

Economou knew there had to be a simple solution, and in 2012 founded her company to develop a safe, sustainable lighting source for those without access to electricity.

Donations from well-wishers who chip in monthly contributions to keep the organization moving, she said.

Her organization, she said, has demonstrated that solar lights can transform communities and break the cycle of generational poverty.

“Breaking the cycle of generational poverty requires a multi-pronged approach and is unique to each individual and family,” she told Zenger News.

“We see solar lighting as one of the strongest tools available to break the cycle of poverty.”

She said financial independence is a foreign concept to those living in pervasive poverty.

“We first deploy free solar technology to replace kerosene. Then, we teach those we serve how they can reinvest those savings — whether by buying an animal, starting a business, or sending their kids to school. They start dreaming about a better future. Recipients decide for themselves how to use their new income.”

In Mankhukwa village, 52-year-old widow Mercy Nyada’s life has changed for the better since receiving the torch in September 2020.

“The program also helped me understand the basic principles of saving and reinvesting. Because of this new knowledge, my possibilities are limitless. I bought a goat from the money I saved, and it has given birth to more goats, thus growing my business.”

Economou said it costs $50 per torch, including production, freight, taxes, and paying the trainers who take the beneficiaries through training on using the flashlights.

The torch is fitted with an emergency functionality to alert other people if the user is under attack.

Gwedeza and her 26-year-old sister Dyna, both born with albinism, said the torches provide security against attacks at night.

“The torch assures me of security every time I leave late from my tailoring shop and have to walk back home. It gives me confidence knowing that I can illuminate my path. Previously, I would walk in the dark and pray that I reach home safely,” Gwedeza told Zenger News.

In the Nkhotakota area alone, Watts of Love has distributed over 7,000 lights. Economou says they aim to distribute solar lights to all 130,000 people living with albinism in Malawi.

Although the project targets vulnerable groups, the organization incorporated people living with albinism after noting the problems they faced, she said.

“We started with Tiyamike, but when we saw the positive change that it had brought into her life and the confidence that it had given her, we decided to incorporate all people living with albinism in Malawi,” she told Zenger News.

In February 2021, Amnesty International warned against a resurgence of killings and abductions of people living with albinism in the country.

“We endeavor to provide them (people with albinism) with a dignified pathway out of poverty. We will deliver more than safe solar lights—we will provide self-worth and freedom because we will teach the recipients how to use their solar light to pursue their dreams.”