The duo charms Vienna zoo visitors as they venture outdoors. 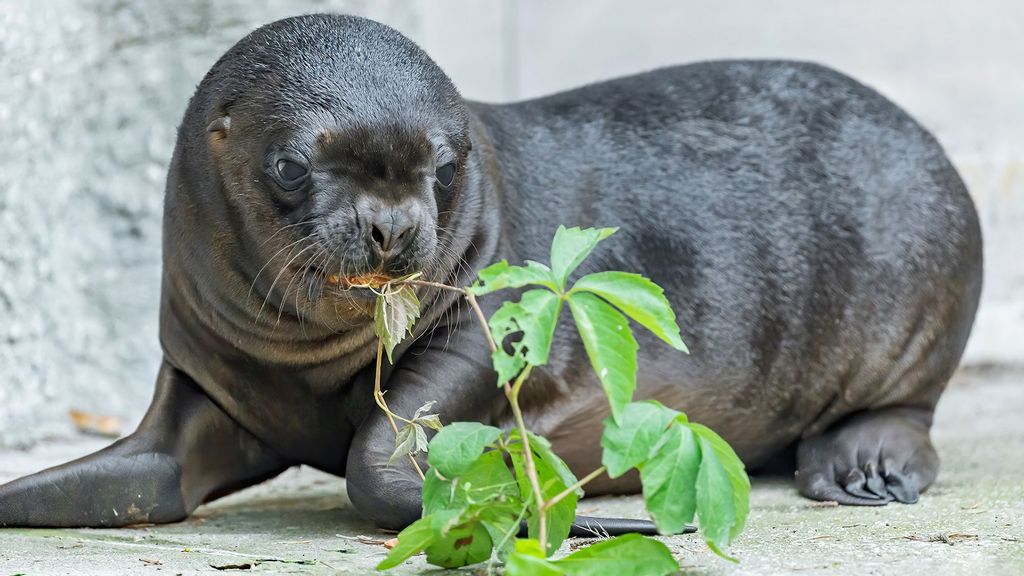 The sea lion pup born at the zoo in Vienna, Austria, on July 19 is only recently venturing outdoors. (Daniel Zupanc/Zenger)

A sea lion pup born July 19 at the Vienna zoo enjoys his first experience at the outdoor enclosure with Nina, his mother.

Visitors can see the offspring of a male sea lion named Comandante, which had to be euthanized at the age of 19 in March, relaxing in its area of the Tiergarten Schonbrunn Zoo.

“Comandante was born in 2002 in our zoo. Many visitors grew up with him, and he has become dear to everyone,” said zoo director Stephan Hering-Hagenbeck in March.

Despite zoo visitors having to say goodbye to the beloved sea lion a few months ago, they have Nina’s new pup to visit.

“Female sea lions have a gestation period of almost a year. Nina … also gave birth to little Pedro in 2019, and therefore is experienced in raising young,” Hering-Hagenbeck said.

Nina and her offspring live together in the sea-lion facility.

Mother and son were almost exclusively staying inside after the birth. They are now starting to explore their outdoor surroundings and “meet” visitors.

“South American sea lions live on the coasts and are able to swim immediately after they are born. So far, the young animal has not yet dared to go into the water,” Hering-Hagenbeck said.

“The two of them can join the rest of the group once it [the newborn] feels strong enough to move on land and in the water,” he said.

Zookeepers are now looking for a suitable name for the pup after determining it was a male.

The pup will be suckled in its first six to eight months, after which zookeepers will slowly start to include fish in his diet.

The species is said to be impacted by climate change and its effect on ocean currents. Sea lions are also victims of bycatch — animals caught unintentionally in commercial fishing nets.

The sea lion is the most common mammal found in the Galápagos.

«Previous Post
VIDEO: Dunk In Charge: Trucker’s Amazing Feat With Tea Bag»Next Post
Taking It In Her Stride: The 6-Foot-9-Inch Model With The World’s Second-Longest Legs