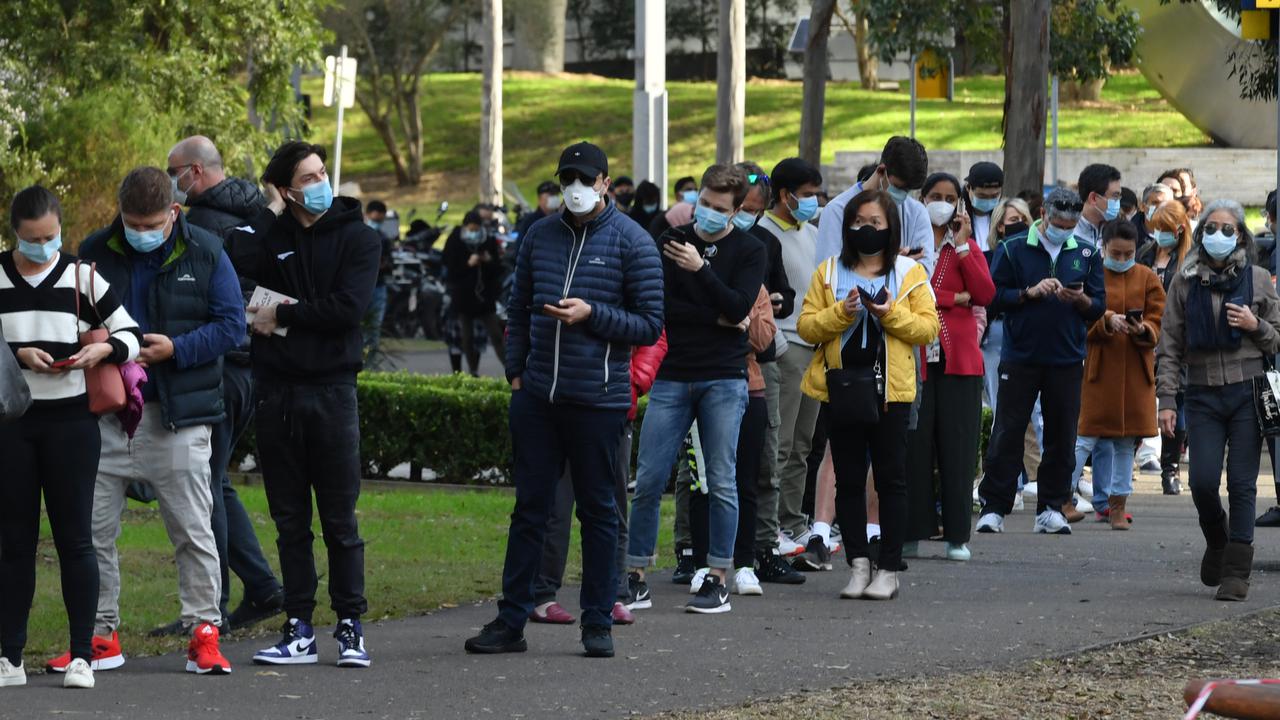 Vaccine hesitancy has fallen from 33 percent at the end of May to 21.5 percent to July 23. (Mick Tsikas/AAP Image)

CANBERRA, Australia — According to a national poll, Lockdown-inducing Covid-19 outbreaks in the two most populous states of New South Wales and Victoria have prompted Australians to reassess their willingness to get the vaccination.

The Melbourne Institute’s fortnightly report card into vaccine hesitancy shows it has fallen, from 33 percent at the end of May to 21.5 percent on July 23.

The sharp drop in hesitancy over the past eight weeks is across all states and age groups.

With Greater Sydney and its surroundings enduring the fourth week in lockdown, vaccine hesitancy rates in New South Wales are 14.6 percent.

That has more than halved since late May, and the authors of the report cite a sole reason.

“The outbreaks are clearly changing some people’s minds about getting vaccinated, especially in New South Wales,” states the report published by the leading economic and social policy research institution.

Some 11.8 percent of the 1200 Australian adults surveyed still refuse to get a Covid-19 jab, while 9.7 percent remain unsure – down from 15 percent at the end of May.

“The latter group is most likely to be affected by the policy, with the nation’s expert panel on immunization last week revising its advice to recommend Sydneysiders strongly consider receiving the AstraZeneca shot in response to the worsening outbreak,” states the reports.

Despite the latest outbreaks reinforcing the benefits of getting the jab, high rates of vaccine hesitancy persist among those aged 18 to 44 (28.8 percent) and Queenslanders (30.9 percent). This means close to three in every 10 respondents had reservations about getting immunized, down from over 40 percent or four in every 10 people of the division.

“Policies to reduce vaccine hesitancy need to be carefully targeted at populations most vulnerable and most likely to transmit the virus, as well as geographic areas with the lowest vaccination rates,” the University of Melbourne-based institute said.

It is understood that vaccine hesitancy was driven partly by a fear of developing Thrombocytopenia (blood clots) as a rare side effect of the Oxford-AstraZeneca vaccine. However, hesitancy numbers have remarkably come down since the Australian Technical Advisory Group on Immunisation revised its advice recommending any jab available to people in Sydney.

Hesitancy in New South Wales shrank from 32.9 eight weeks ago to 14.6 percent, while Victoria recorded a little over eight percent fall from 32.12 percent to 23.88 percent between the end of May and July 23.

Queensland’s proportion of hesitant population changed from 38.69 to 30.83 percent, South Australia 23.91 percent down from 30.85 percent.

As for Western Australia, May’s 29.01 percent hesitancy was reduced to 21.38 percent.

With the Pfizer supply boost still a few weeks away and new advice backing AstraZeneca, more people are expected to be vaccinated in the coming months than have so far.