On the occasion of her birthday, singer Jennifer Lopez made her relationship with actor Ben Affleck official. 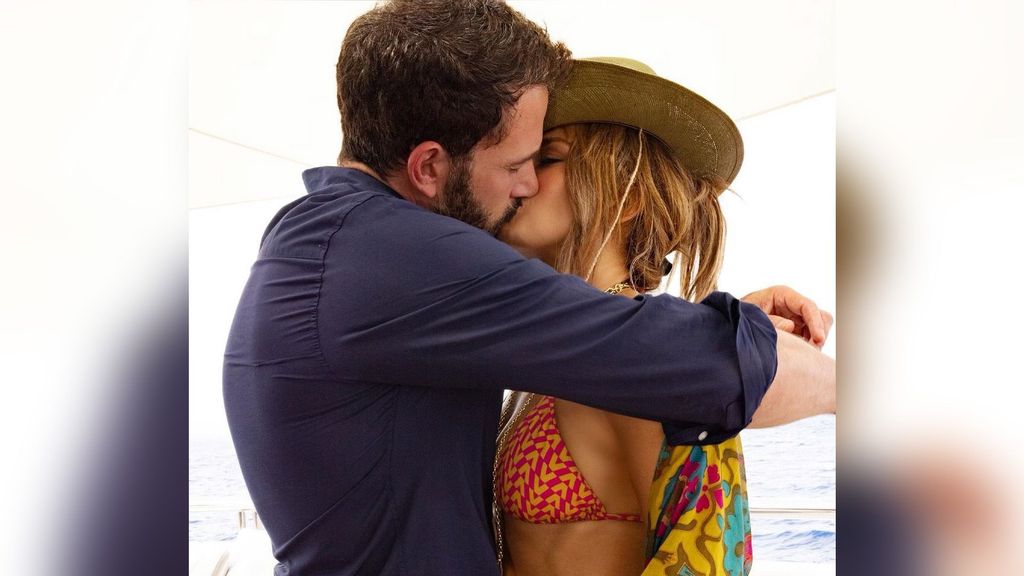 Ben Affleck and Jennifer Lopez had got engaged to each other in 2002, but called off their wedding in 2004. (@jlo/Instagram)

Taking to Instagram, Lopez posted a string of pictures from her birthday celebrations, and in one of the images, one can see Lopez and Affleck kissing each other. However, she didn’t tag him.

“Dann…legit made my jaw drop,” a social media user commented.

“I love that you made it official the best way possible,” another one wrote.

Earlier this month, the duo was photographed together while house hunting. Affleck was in the driver’s seat, and Lopez was mapping things out on her phone, navigating him through Santa Monica’s busy streets, not too far from where Affleck currently stays in the Pacific Palisades. Lopez’s 13-year-old twins Max and Emme joined her and Affleck as well.

Lopez is looking to relocated from Miami to Los Angeles, where the 48-year-old actor currently resides.

The two have been seen looking for houses; they do not yet have plans to move in together just yet, as per reports.

Among the properties the two hunted was a Beverly Park mansion listed for $63.95 million. The over-31,000 square-foot home sits on a 1.4-acre plot on Billionaire’s Row, in Los Angeles.

Lopez and Affleck had first dated each other 19 years ago, according to reports. The two nearly got married and split in 2004 after being together for over a year. After parting ways, Affleck married actress Jennifer Garner. His relationship with Garner didn’t survive long as they officially divorced in 2018.

Critics on social media compared Lopez to Garner after the Instagram post. Actress Jameela Jamil put her foot down and slammed the critics. She took to her Twitter handle to pen down a lengthy note hitting out at those comparing Affleck’s ex-wife to Lopez.

“ABSOLUTELY not here for the Jennifer Garner comparison to JLo, with paparazzi pics of her working out, put right next to glamorous social media photos of JLo,” said Jamil in the tweet.

“It’s not the nineties. We aren’t still pitting women against women over a guy…[especially] when only one of them wants him (sic).”

The actress took a screenshot of her tweet and shared it on her Instagram handle, too, encouraging the social media users to “let the Jens live” and “stop the rot” of “casual sexism.”

“I have lived a life of so many women seeing me as a threat or a competitor, and have never wanted that, nor have I ever seen another woman as anything other than safety in numbers or someone to be excited about (sic),” she said in the Instagram post.