The government recognizes the remaining patios of the original Mexican neighborhood as of historic and architectural significance.
By Carlos Ramírez July 28, 2021
Facebook
Twitter
Linkedin
Email 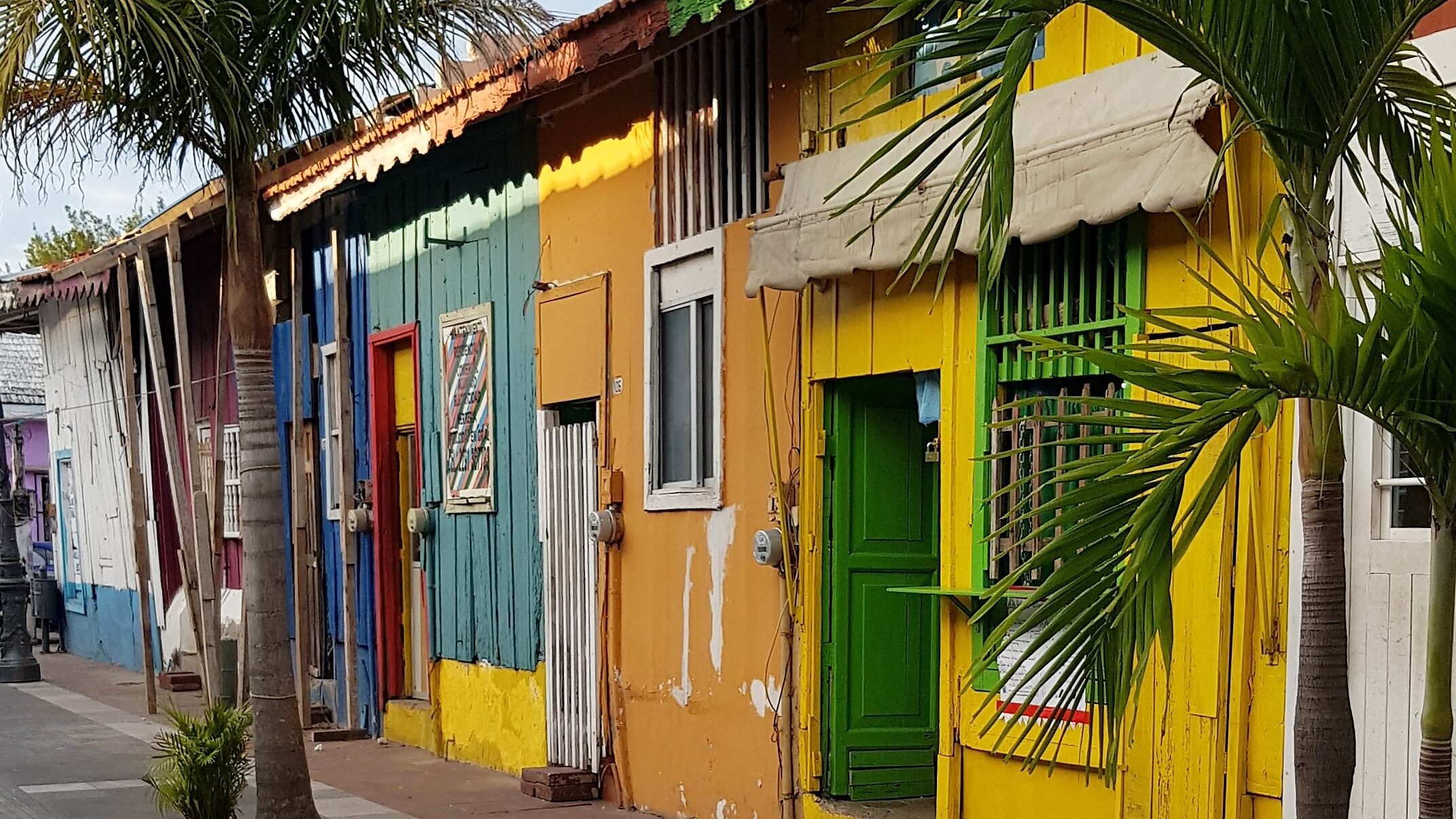 The colorful neighborhood houses are reflections of the jovial people who live there. (Carlos Ramírez/Café Words)

A person can leave their neighborhood, but the neighborhood will never leave that person.

The Huaca neighborhood is a colorful and lively place in the center of Veracruz City. It is a neighborhood where the colors of the plank houses stand out and the people are happy.

“The Huaca neighborhood is a historical place for both the city and the country,” said Noemí Graciela ‘La Güera Palomino’ Palomino Galván, a community leader for the neighborhood. “It is one of the places that give Veracruzans our identity. We are the descendants of the mix of culture and races that arrived here during colonial Mexico. Our ancestors were hardworking, honest people, with a focus on family values.”

Veracruz’s port was one of the essential entryways for Europeans that wished to visit the Americas during colonial times. Though it has always held importance, it received a boom under the dictatorial regime of President Porfirio Díaz in the late 19th and early 20th centuries.

The port’s workers had a myriad of different backgrounds: migrants, slaves, freedmen, laborers and town criers. These people inhabited the suburbs outside the walls of the city and named their neighborhood Huaca.

Huaca began as a town with few inhabitants, among the least wealthy of the city. However, when the city tore down its walls, it became a middle-class neighborhood, due to the boom of port commerce.

The name ‘Huaca’ comes from a black woman named María Guacara, who lived there at the end of the 18th century, according to the researcher at the National Institute of Anthropology and History (Instituto Nacional de Antropología e Historia, INAH) Gema Lozano y Nathal.

The neighborhood houses show the beginning of recycling in Mexico, since the first inhabitants built their homes out of the driftwood of shipwrecked ships. The original neighborhood had 28 communal hallway patios. Further, some houses have French roof tiles, which, despite their low price, are resistant against strong winds, extreme heat, humidity, saltpeter and the passage of time.

The INAH recognized that out of the 28 patios, only three remain. One of them, the La Favorita patio, is the oldest in Latin America. The other two patios are named San Salvador and San Nicolas.

“Without a shadow of a doubt, the Veracruzan jovial, friendly attitude, as well as its Afro-Caribbean culture and music — like salsa and merengue —, owe their existence to the Huaca neighborhood,” said Palomino Galván. “This is the reason why musicians such as Agustín Lara, Toña ‘La Negra,’ Don Manuel ‘el Negro Peregrino’ and Pedro ‘Moscovita’ Domínguez sought the neighborhood as a source of inspiration of their songs and rhythms.”

Residents and municipal authorities are pushing hard for the Huaca neighborhood to become a tourist attraction in the city.

Translated and edited by Mario Vázquez; edited by Fern Siegel.