Early 18th-century religious icon only looked like it had been struck by lightning. 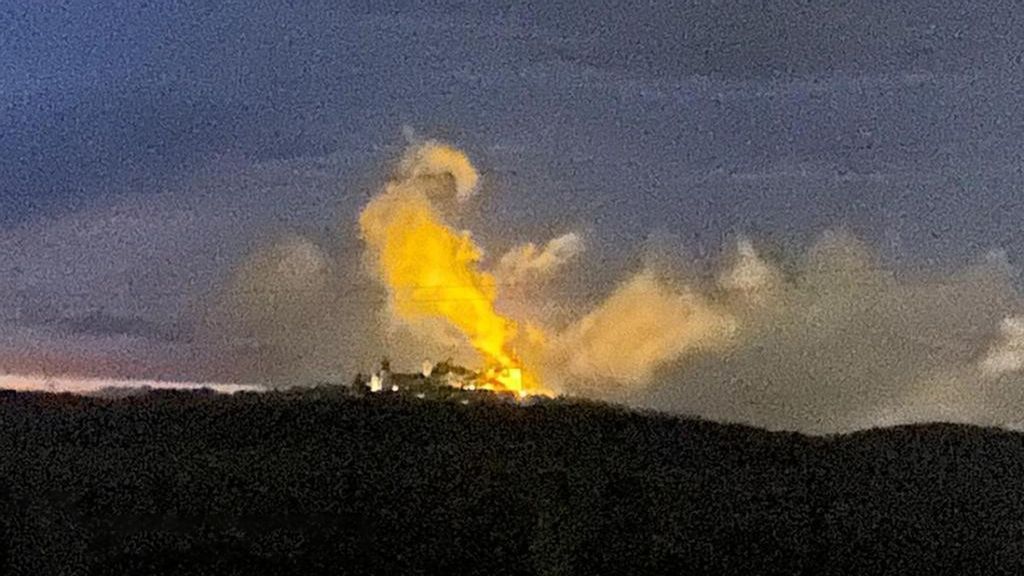 People mistakenly believed the Gottweig Abbey in Austria was on fire due to an optical illusion caused by the rain on July 25. (FF Paudorf/Zenger News)

An optical illusion made Austrian firemen think a spectacular World Heritage Benedictine abbey was on fire after being struck by lightning on July 25.

The volunteer fire crew in the Austrian town of Paudorf received several emergency calls shortly before 10 p.m., reporting the roof of the Gottweig Abbey, located near the town of Krems, was ablaze.

Several photos shared by Facebook users made it look like the abbey — which served as an inspiration and location for Italian novelist Umberto Eco’s 1980 debut novel, “The Name of the Rose” — was on fire.

Firefighters rushed to the abbey, but soon realized an optical illusion, due to the rain, was responsible.

“We explored the operation object [the abbey], and luckily we could not detect a fire,” FF Paudorf, the volunteer fire department, posted on its Facebook page after evaluating the situation. “The local operation manager ordered another exploration using the turntable ladder in Krems. We were able to return to the firehouse again shortly after.”

The Gottweig Abbey is famous for its magnificent library, which holds a collection of more than 150,000 books and manuscripts, religious engravings, valuable coin collections, antiquities, musical manuscripts and natural history.

Göttweig Abbey was founded in 1083, but the current baroque building was constructed after a fire in the early 18th century.

The existing abbey was formed by Altmann, then bishop of the German city of Passau, and has been a spiritual and academic center in the region ever since. Gottweig is noted for its monumental staircase with a ceiling fresco by Paul Troger from 1739.

The building became a tourist magnet upon being declared a UNESCO World Heritage site in December 2000.

The abbey recently welcomed the return of a long-lost collection of mollusk shells that were initially kept in its library but were stolen after the building began being used by the Nazi’s Secret State Police (Gestapo) in 1939.

The abbey is often referred to as Austria’s version of Italy’s Monte Cassino because its location makes it visible from far away, while also offering views of vineyards and forests. It is open every day to visitors who want to explore its library and exhibits.

Gottweig is also noted for having the largest chimes of any church in Austria.