The city lies in Dholavira in Gujarat's Rann of Kutch. UNESCO gave the tag to a temple in south India, too.
By Zenger News Desk July 28, 2021
Facebook
Twitter
Linkedin
Email 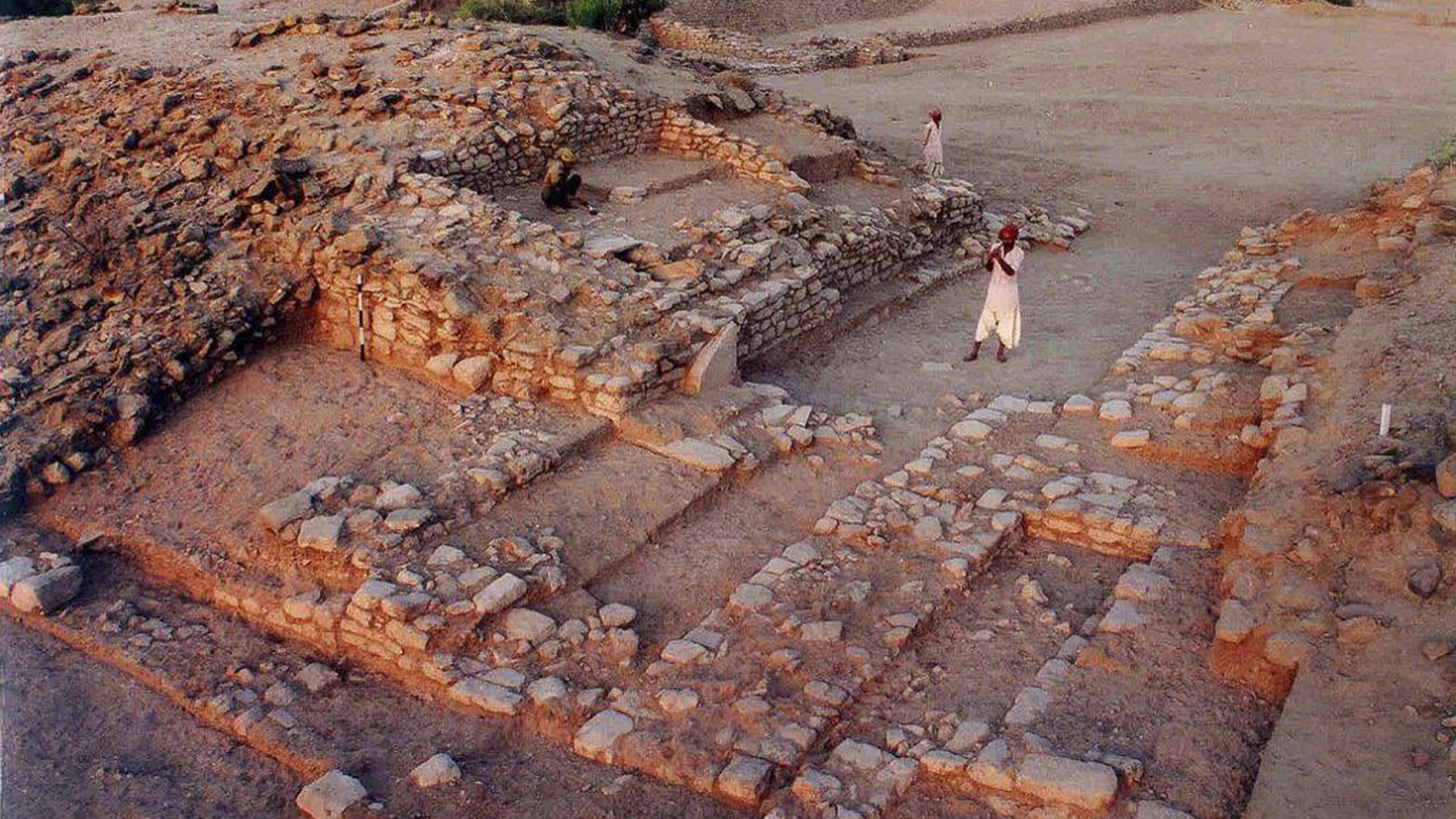 Dholavira, a Harappan-era city located in western Indian state Gujarat's Rann of Kutch, has been added to the list of World Heritage Sites by the United Nations Educational, Scientific, and Cultural Organization (UNESCO). (Narendra Modi, @narendramodi/Twitter)

KUTCH, India — Dholavira, a Harappan-era city located in western Indian state Gujarat’s Rann of Kutch, has been added to the list of World Heritage Sites by the United Nations Educational, Scientific, and Cultural Organization (UNESCO).

With this nomination, India has 40 world heritage properties overall, including 32 cultural, seven natural, and one mixed property, a statement from India’s Minister of Culture, Tourism, and Development G. Kishan Reddy read.

Italy, Spain, China, Germany, and France are the only countries with 40 or more World Heritage sites.

Reddy took to Twitter to inform that Dholavira is now the 40th treasure in India to be given the UNESCO’s World Heritage Inscription.

“It gives immense pride to share with my fellow Indians that #Dholavira is now the 40th treasure in India to be given @UNESCO’s World Heritage Inscription,” the minister tweeted.

“Another feather in India’s cap as we now enter the Super-40 club for World Heritage Site inscriptions.”

The Harappan city of Dholavira is one of the very few well-preserved urban settlements in South Asia dating from the 3rd to mid-2nd millennium BCE. It is the sixth-largest of more than 1,000 Harappan sites discovered so far.

Occupied for over 1,500 years, Dholavira not only witnesses the entire trajectory of the rise and fall of this early civilization of humankind but also demonstrates its multifaceted achievements.

With rich artifacts, the well-preserved urban settlement of Dholavira depicts a vivid picture of a regional center with its distinct characteristics that also contribute significantly to the existing knowledge of Harappan Civilization as a whole.

Since 2014, India has added 10 new World Heritage sites — one-fourth of our total sites, as per Reddy.

Indian Prime Minister Narendra Modi, on July 27, said that he was “absolutely delighted” that the Harappan city of Dholavira has been added to the list of World Heritage Sites.

In a tweet, Modi reminisced about his first visit to the archeological site and shared pictures of his visit when he was the Chief Minister of Gujarat.

“Absolutely delighted by this news. Dholavira was an important urban center and is one of our most important linkages with our past,” the Prime Minister tweeted.

“It is a must-visit, especially for those interested in history, culture, and archeology.”

“I first visited Dholavira during my student days and was mesmerized by the place. As Chief Minister of Gujarat, I had the opportunity to work on aspects relating to heritage conservation and restoration in Dholavira. Our team also worked to create tourist-friendly infrastructure there,” Modi said in another tweet.

This comes days after the Kakatiya Rudreshwara Temple in southern Indian state Telangana got inscribed as a UNESCO World Heritage Site.

As per the official release by the office of Reddy, the Kakatiya Rudreshwara temple at Palampet, Warangal, was constructed in 1213 AD during the reign of the Kakatiya Empire by Recharla Rudra, a general of Kakatiya king Ganapati Deva.

The temple is also known as the Ramappa temple, after the sculptor who executed the work in the temple for 40 years. The temple stands on a 6-feet-high star-shaped platform with walls, pillars, and ceilings adorned with intricate carvings that attest to the unique skill of the Kakatiyan sculptors.

The sculptural art and decoration specific to the time and Kakatiyan Empire have an outstanding universal value. The distinct style of Kakatiyas for the gateways to temple complexes, unique only to this region, confirm the highly evolved proportions of aesthetics in temple and town gateways in South India.

Reddy had said on July 25 that owing to the pandemic, the meeting of the World Heritage Committee of UNESCO could not be conducted in 2020, and the nominations for 2020 and those for 2021 were discussed in a series of online meetings.