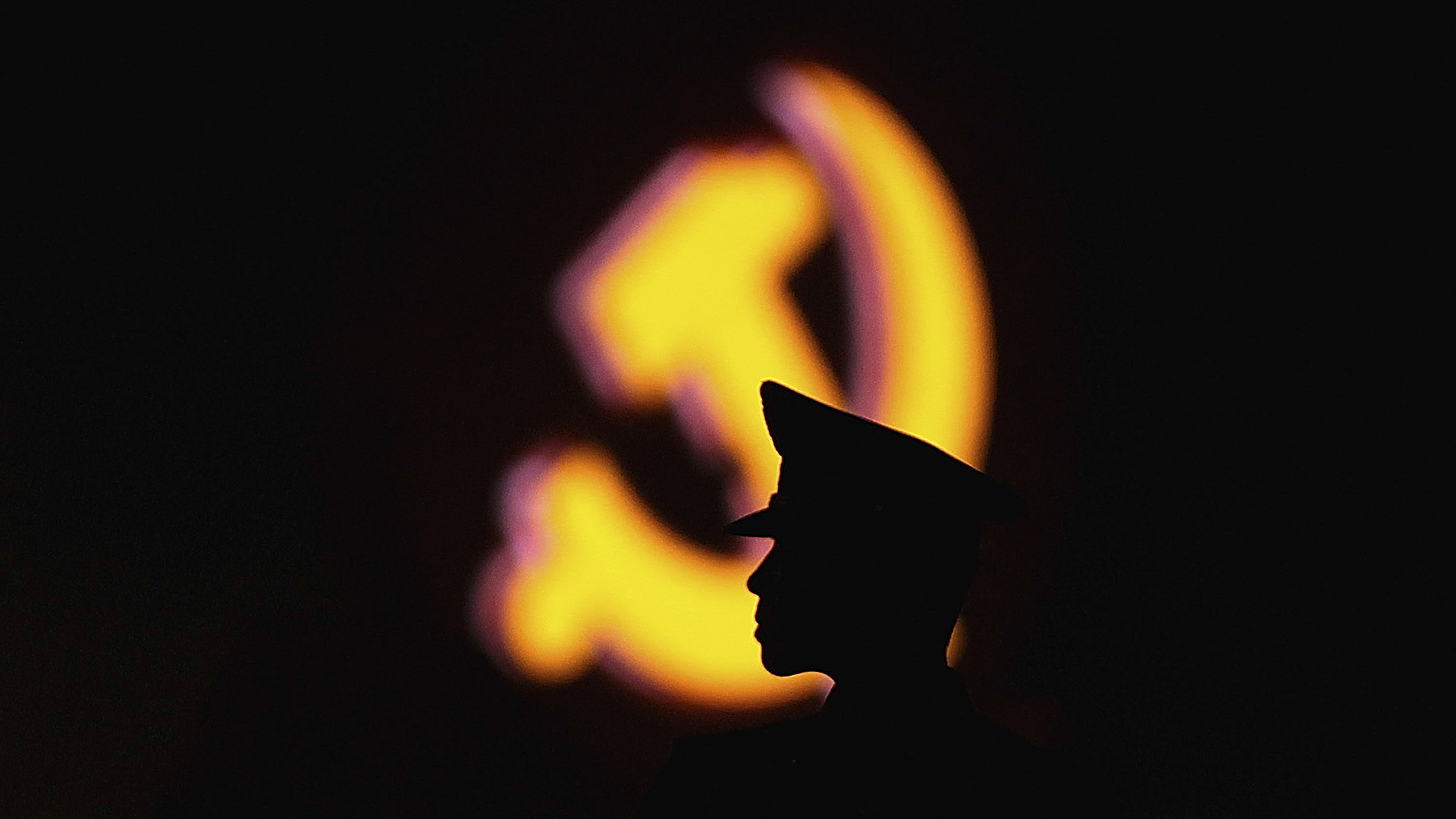 A paramilitary policeman guards in front of an emblem of the Communist Party of China (CPC) at Tiananmen Square in Beijing, China. (Feng Li/Getty Images)

Li Huizhi, 62, was a vocal critic of Xi Jinping’s policies. He breathed his last in a hospital in Guangdong’s Huizhou city.

His friend Li Xuewen said that the poet had posted a suicide note online before taking his own life.

“After he had posted his suicide note online, he turned off his phone,” Xuewen said.

“He took the pesticide, and was taken to hospital after that.”

There has been less and less room for freedom of public expression since Xi Jinping took power, the letter said.

Huizhi himself had been made a “ministry-level” stability maintenance target during the 2019 National People’s Congress meetings in Beijing.

Huizhi’s phone was monitored, and he had to report to the state security police if he wanted to make a trip out of town, the letter said.

Huizhi had also suffered a stroke in March 2021, after which his mobility had been greatly affected, it said.

“He was forced to use a wheelchair after the stroke and suffered from paralysis in his right arm,” Xuewen said.

“It really did a lot of damage. He wasn’t able to write properly. But he learned pretty quickly how to type with his left hand and carried on writing articles.”

The letter said Huizhi had made repeated requests for the authorities to call off their surveillance teams, but to no avail.

The local state security police had replied that the decision wasn’t theirs to make and that they would convey his request higher up the chain of command.

State security police made a couple of visits to Huizhi’s home ahead of the Chinese Communist Party centenary celebrations on July 1 but didn’t give any kind of satisfactory response to his request.

“This deterioration in his living circumstances made him desperate,” Xuewen said. “The stroke had left him disabled, and yet he was still being treated as a stability maintenance target.”

“He wrote in his suicide note that he had no power to stand up to the Chinese Communist Party, and yet he was still being treated as a stability maintenance threat,” he said. “I think he was in despair.”

Huizhi told his trusted ones in 2017, ahead of the Chinese Communist Party’s 19th Party Congress, that he had been forced to return to his hometown of Huizhou by state security police while he was living and working in Shenzhen.

“After I was brought back here, I was interrogated for five hours straight,” Huizhi said at the time.

“The state security police are now watching me, every minute of every day, and they deleted around 900 of my tweets on Twitter.”

“Now my Twitter account is in their hands, so I can’t even log on,” he said. “I haven’t been able to write a column for the past four months now.”