Dwayne Johnson, Emily Blunt Open Up About Working Together In “Jungle Cruise” 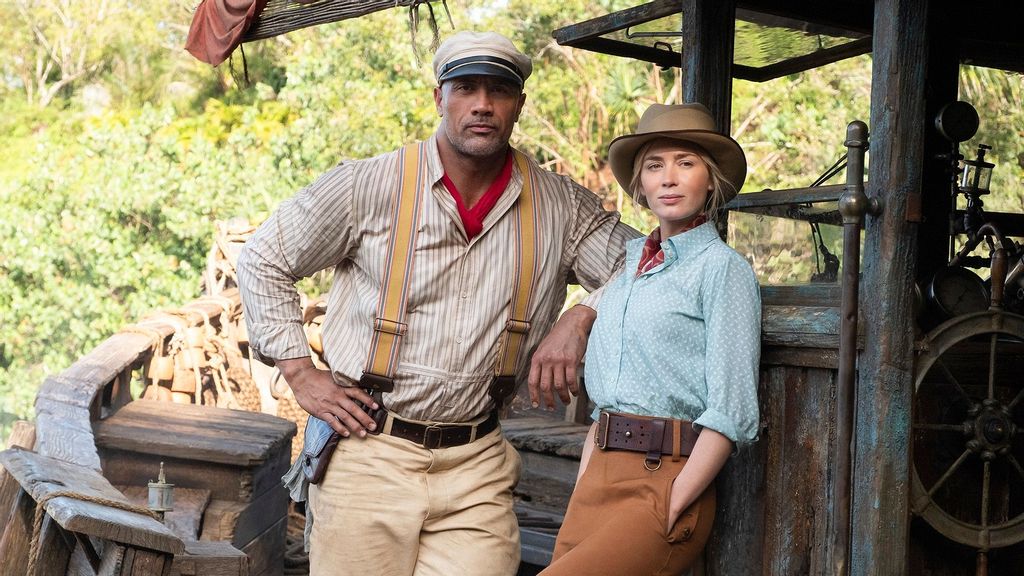 WASHINGTON — Ahead of the release of “Jungle Cruise,” actors Dwayne Johnson and Emily Blunt shared their experience working together in the film.

Jaume Collet-Serra’s directorial, “Jungle Cruise” is based on Disney’s theme park ride of the same name.

The story centers around a brother (Jack Whitehall) and sister (Blunt) duo, who hire a boat captain (Johnson) to row them down the Amazon River as they are in pursuit of a tree believed to have healing powers.

Opening up on her chemistry with Johnson, Blunt said that the script and the director helped them become amazing friends.

“We lucked out, we genuinely got along and became best buds, and it was easy peasy, it was just such a fun experience (sic),” she said.

“But I think the script was so winning, the chemistry on the page was so winning, and we had a really brilliant director who was very free-spirited, and he left us to mess around and improve and stretch the scenes around, so they just had this life.”

“So if you didn’t have a director who was this open and confident in letting you play with it, then you don’t have the same spirit. We got very lucky with Jaume.”

“Jaume wants to build a world, he’s a world builder, and he loves characters, he loves building a world, and all the elements Jungle Cruise brings. Emily and I had asked him at the end of our first conversation what’s the movie about, and he said ‘love’ (sic),” he said.

“Of all the things, comedy, and action, and adventure, it came down to love, so it was great.”

The film had its world premiere on July 24, 2021, wherein Johnson, also a producer of the movie, paid tribute to Walt Disney, who opened the Anaheim park in July 1955 with the Jungle Cruise ride as one of its original attractions, as per reports.

Disney made arrangements for almost all the relevant spots at the park for the premiere of “Jungle Cruise” but closed a few rides and called off fireworks. The regular park visitors had an opportunity to see the lead actors — Johnson and Blunt taking the Jungle Cruise ride before arriving at the Fantasyland Theater for the film’s red-carpet premiere.

“Jungle Cruise” will premiere in theaters in the US on July 30, 2021, and will also feature on Disney+ in certain regions for a premium fee.