The development proposal for a cable car to the summit of Hobart's Mount Wellington has been rejected by the city council.
By Ethan James July 28, 2021
Facebook
Twitter
Linkedin
Email 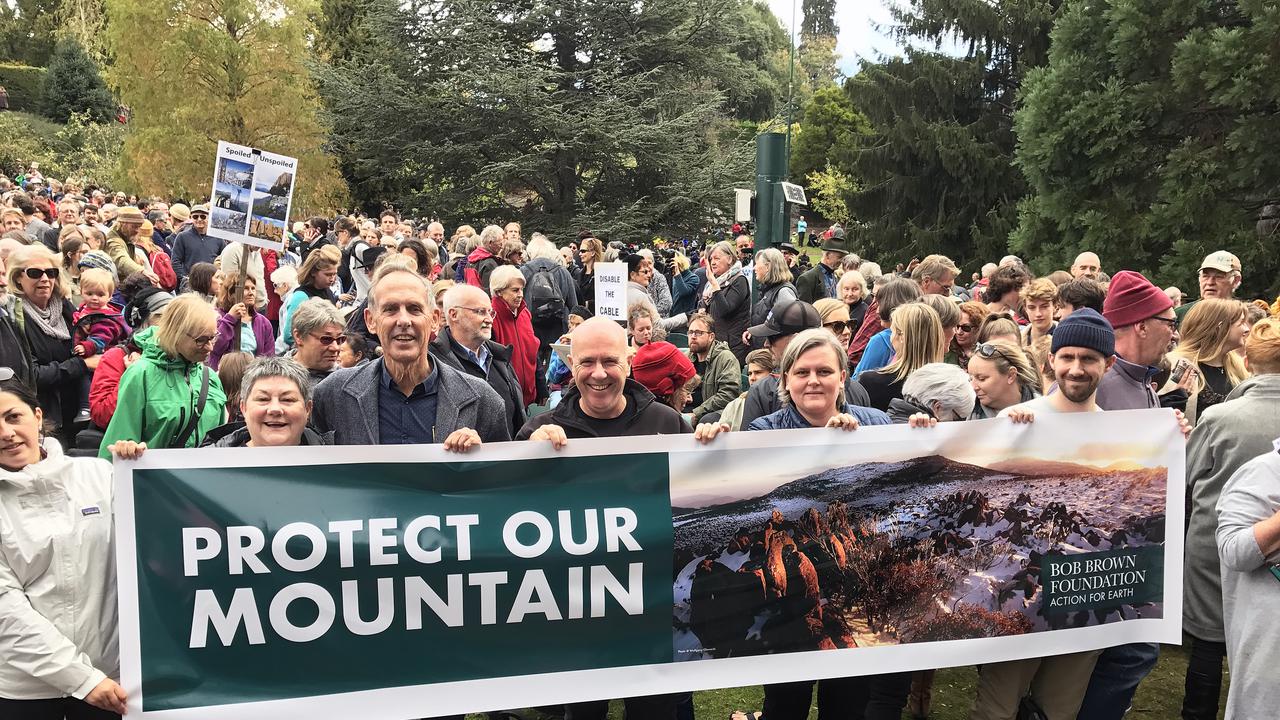 HOBART, Australia — A contentious proposal to build a cable car on a sacred indigenous landmass on Australia’s island state has been rejected by the Hobart City Council.

The Mount Wellington Cableway Company plan included a two-car three-tower cableway to the 1271-meter (4169-feet) summit of Mount Wellington, which has the Indigenous name kunanyi.

New indoor and outdoor viewing facilities at the pinnacle, plus a cafe and restaurant, were part of the plan.

The Hobart City Council voted against the development application by nine votes to three at a five-hour meeting.

An independent report by planning consultants, released last week, found 21 reasons why the project should not go ahead.

Among them, it determined the scale, mechanization, and emissions of the cable car would “diminish the park’s tourism, recreational, cultural and landscape values.”

“While the proponent says they have consulted, I’m afraid to say they haven’t listened,” Anna Reynolds, Hobart Mayor who voted against the plan, said.

“Some of the reports by the cable car company have some very deep flaws.”

Hobart City Council received 16,500 public submissions on the proposal; more than 70 percent were not in favor.

Members of the island state’s Aboriginal community have voiced their opposition, with the Tasmanian Aboriginal Centre (TAC) one of 15 groups that provided representations to the council on the night.

“Kunanyi is a dominant feature within the cultural landscape. It has incredible significance to Aboriginal people in regards to the stories it holds within,” said Sharnie Read from Tasmanian Aboriginal Centre.

Zoe Rimmer from the Aboriginal Heritage Council said the cultural impact of the plan had not been appropriately assessed and would create a “scar” on the mountain.

Mount Wellington Cableway Company executive chair Chris Oldfield said some of the problems outlined in the independent report could have been resolved with further consultation.

The cable car would generate noise that would harm the “quiet enjoyment” of the mountain, the report said.

It also found the plan is not supported by a geotechnical land instability report that sufficiently considers all risks to life and property triggered by the development of the pinnacle center.

Residents groups spoke about concerns about increased traffic near the proposed base station, while climbing organizations raised worries about disruption to views and rockfall risks.

“I acknowledge representatives of Tasmania’s Aboriginal community who have emphatically said no to the exploitation of kunanyi,” he said.

“The mountain is indeed sacred to their continuing culture and deep spiritual connection that has existed for over 40,000 years. Does that not count for something?”

Two councilors who voted “No,” said they were not opposed to a cable car in principle, but they had concerns with the Mount Wellington Cableway Company’s proposal.

The company can appeal the decision.