Officer's taping shows him putting an empty baggie onto car's rear seat — and explaining that to the person filming him.
By Darko Manevski July 27, 2021
Facebook
Twitter
Linkedin
Email 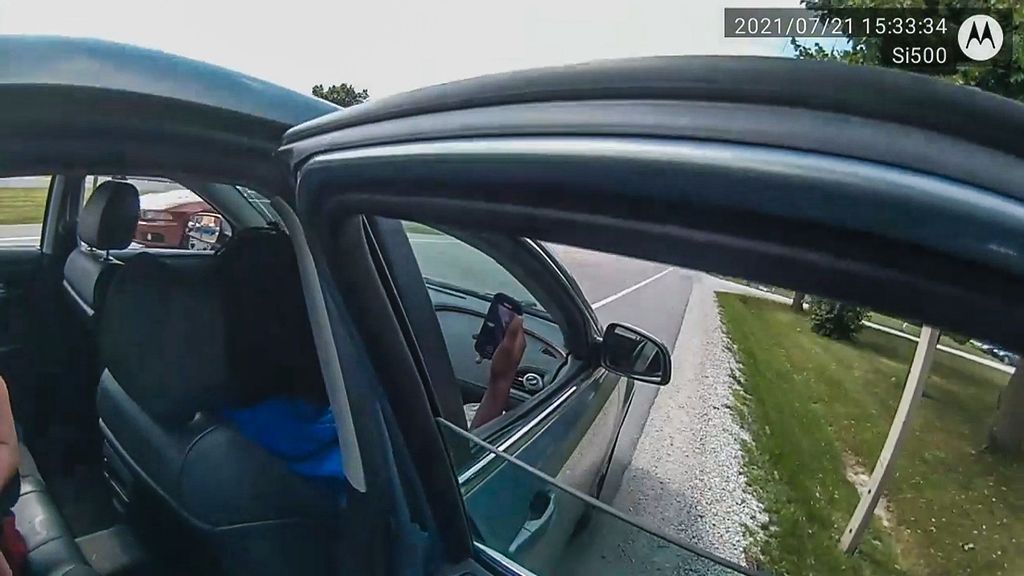 The body-camera video of a traffic stop taken by policeman in Caledonia, Wisconsin, shows a front-seat passenger taping the officer's actions. (Village of Caledonia Police Department/Zenger)

A routine police traffic stop went viral after one of the people in the car filmed an officer putting a baggie on the back seat on July 21.

But police subsequently released video captured by the body camera of an officer on the scene showing he was returning an empty baggie from the suspect carrying it — and not planting drugs in an effort to make an arrest.

The original video, involving a traffic stop by the police department in Caledonia, Wisconsin, quickly notched millions of views after it was shared online.

This version of the event shows one of the police officers approaching the vehicle and throwing an item into the backseat of the car.

The audio transcript of the video then continues with the person filming said, “Hey Bro, what’s that?”

The officer said: “What’s what?”

To which the person filming said: “What you just threw in here. I got you on camera, bro.” The video then ends.

After the recording went viral, police undertook a review of the incident, which included the release of body-camera footage from the officer who put the baggie in the car.

Police said their video of the stop makes it clear no drugs were planted — the officer had an empty baggie taken from one of the suspects and placed it back in the vehicle.

The chain of events leading up to the dueling videos began July 21, when police said the vehicle involved was clocked traveling 63 mph in a 45 mph zone.

Police said there was a driver and passengers in the front and rear seats. All the car’s occupants — except for one in the front passenger seat who taped the incident — complied with a request to exit the car.

A subsequent search of one of the rear passengers produced an empty corner tear (corner of a plastic baggie) from their pocket. While such bags are often used to carry illegal substances, that was not the case here.

Once the baggie was found to be empty, one of the officers took it to the car and threw it into the back seat.

It’s at this point that the police video shows what happened next. When the person in the front seat who taped the original video said he had the officer’s actions on camera, the officer replied he was recording the incident, as well.

The officer then acknowledges to the passenger that he put the item there and explains that it was taken from one of the other passengers and the officer did not want to “hold on to it.”

“Essentially, he appears to be discarding the empty baggie,” a police statement said. “While we would discourage officers from discarding items into a citizen’s vehicle, the video is clear that the officer is NOT planting evidence or doing anything illegal.”

Police said no arrests were made as a result of the stop, but that the driver was cited for speeding.