VIDEO: Cops In Australia Joke That Meteor Might Be Jeff Bezos

Police in Australia captured video of a meteor flashing across the sky, and joked that it might just be Jeff Bezos. 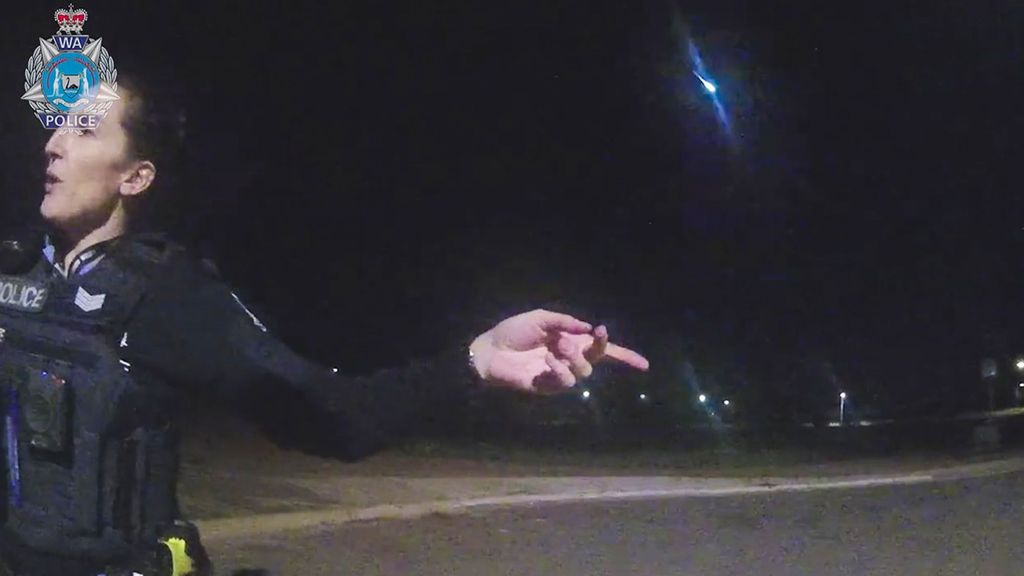 Police officers in Western Australia captured video of a meteor flashing across the sky. (@WA.Police/Zenger)

Police body-camera footage captured the arrival of a meteor in Pilbara, Western Australia, and the officers wondered what it could be.

“Did you see that?” asked the police officers working the night shift in the sparsely populated region.

“Oh wow! That was a big flash, I thought that was a torch,” said another officer, whose back was turned to the meteor as it flashed in the sky. “Make a wish, quick, make a wish,” she said.

Despite missing its arrival, she turned just in time to see the meteor before it burned up and disappeared.

One of the officers finally realizes that he most likely caught it on camera. He was right.

After sharing the story with their colleagues, they downloaded the video and shared it on social media with a joke asking viewers what it was.

“a) shooting star, b) UFO, c) Jeff Bezos or other billionaire? Either way, it’s out of this world,” Western Australian Police said on their Facebook page.

It was a bolide meteor — a space rock smaller than a baseball — according to Matt Woods, a spokesman for the nearby Perth Observatory.

He said that while meteors are more common than one might expect, they are often not visible because they arrive near cities where light pollution makes them hard to see or over water where there are no people to view them.

The northern area of Western Australia where the meteor came burning through the sky is known for its Aboriginal population and its ancient landscapes, including iron ore-rich red earth and other vast mineral deposits. It is also known as a global biodiversity spot for its subterranean fauna.

But meteor showers are not new to Western Australia.

In September 2020, a large meteorite impact crater was found that was thought to be 100 million years old. The crater was near the gold mining town Ora Banda, and at a little over three miles long, it is believed to be five times bigger than the famous Wolfe Creek crater in Kimberley, Australia.

In 2002, there were 578 recorded meteorite impacts in Australia. For comparison, Antarctica had 19,884 and the United States had 1,346 according to the Australian Museum.

Most of the meteorites that fall to the earth’s surface end up in the ocean, because oceans make up about 70 percent of the planet’s surface, according to the Infrared Processing and Analysis Center at the California Institute of Technology.