A ship with suspected Covid-19 cases aboard has docked in Peth’s Fremantle Port after it stopped in Indonesia. 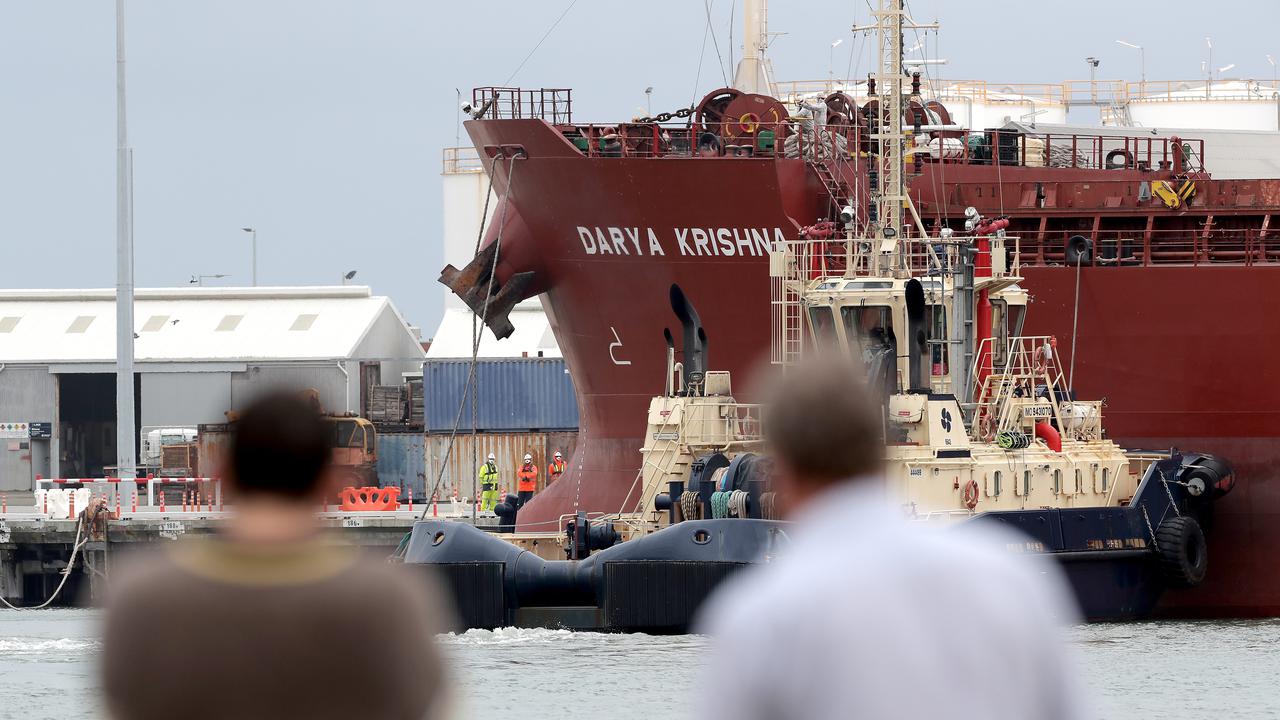 PERTH, Australia — Infected crew members from a second inbound ship in two weeks have been hospitalized in Western Australia after supposedly picking up Covid-19 in Indonesia en route to the state capital.

The Darya Krishna bulk carrier berthed at Fremantle Port on July 26 to allow for the emergency medical evacuation.

Authorities had flagged that three symptomatic crew members would be hospitalized, but as of the afternoon of July 26, only two had been removed from the ship. They were transferred to Fiona Stanley Hospital.

A Western Australian Health spokesman said the third person was expected to be transferred later in the day but was unable to provide information on their condition.

The remaining 17 crew members were expected to undergo testing at the port under strict protocols.

Premier Mark McGowan earlier said eight crew were reported to be showing flu-like symptoms, including the second officer, who he described as being “incredibly unwell.”

They are suspected of having acquired the virus when the Darya Krishna docked in the Indonesian port of Batam on its way to Australia.

After visiting virus-plagued Indonesia, the arrival of yet another likely-infected ship has prompted the Western Australia premier to issue a warning to shipping companies.

“We’ll turn away ships if we can,” said McGowan.

“It may be a bit hard with this particular ship because of the number of people who are unwell, but if we can, we’ll turn them away, and that sends a message to the shipping companies: you will lose money if you don’t deal with this situation.”

Last week, 10 crew members of another vessel, the BBC California, tested positive for the Delta strain of the virus after the cargo ship docked in Fremantle.

Eight infected crew remain aboard the ship, which had also visited ports in Indonesia.

He said it was hoped most of the crew members could remain on board to prevent the risk of infection in the community.

The Darya Krishna left Singapore on July 18 and had been bound for the port of Kwinana, south of the central business district.

Indonesia is in the midst of a Covid-19 outbreak that has so far resulted in more than 1500 deaths since it began some weeks ago. The total number of infections is more than 3.1 million.

State and federal leaders have agreed to examine what can be done to prevent visiting ships from arriving with an infected crew.

“My view is when the ships are in Indonesia, the crew stay on board,” said McGowan.

“They do not get off. When you get off, and you go to some of the port towns, the likelihood is you will catch Covid. It will be hard for the Indonesian government, I accept, to make this a priority at this point in time. It’s up to the companies to do their job.”

Western Australia’s borders remain closed to New South Wales, Victoria, Queensland, and South Australia as they deal with their own Delta outbreaks.

The state reported no new cases on July 26.