The sacking of Prime Minister Hichem Mechichi follows violent protests over the government’s handling of the pandemic. 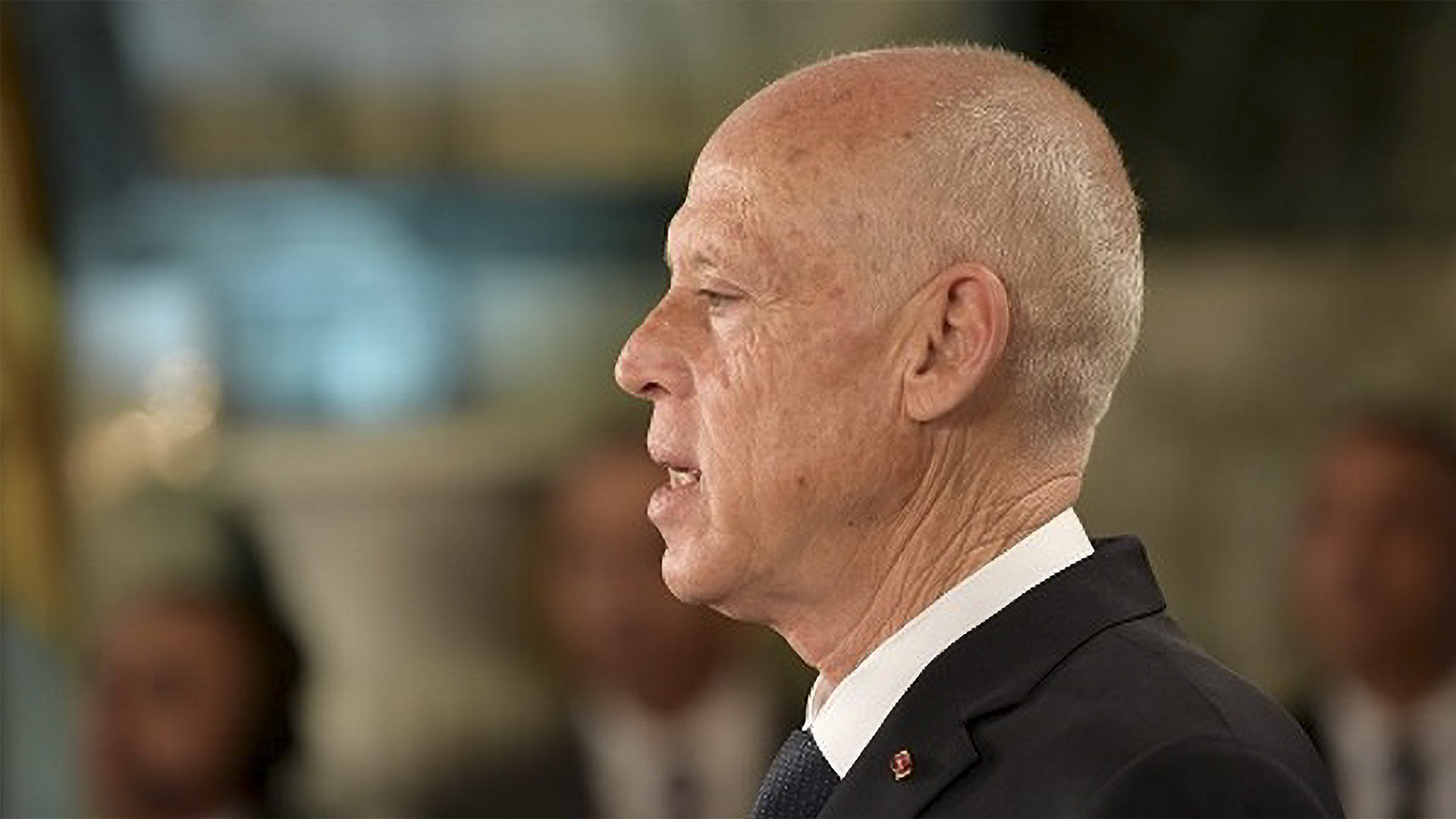 TUNIS, Tunisia — Tunisian President Kais Saied, on July 25, 2021, sacked Prime Minister Hichem Mechichi and suspended all activities of the Assembly of People’s Representatives or the parliament.

Saied announced the move in a video broadcast on the official page of the Tunisian Presidency on Facebook after an emergency meeting he held with senior security officials.

Saied said he would temporarily head the government until he appoints a new prime minister. The president also annulled the immunity of all members of parliament.

“Many people were deceived by hypocrisy, treachery, and robbery of the rights of the people,” he said in a statement carried on state media.

“I warn any who think of resorting to weapons and whoever shoots a bullet, the armed forces will respond with bullets,” he said.

Violent protests broke out on July 2021 in several Tunisian provinces as protesters expressed anger at the deterioration of the North African nation’s health, economic and social situations.

The demonstrators called for the government’s departure and the dissolution of the parliament chaired by Rached Ghannouchi, leader of the Ennahdha party, which termed the Saied’s move “a state coup against the revolution.”

“What Kais Saied is doing is a state coup against the revolution and against the constitution, and the members of Ennahdha and the Tunisian people will defend the revolution,” Ennahdha, the largest party in parliament, wrote in a statement on its Facebook page.

Saied, who was elected together with the parliament in 2019, is locked in political supremacy battles with Mechichi, who took office in 2020, replacing another short-lived government.

Protests broke across the country over how the government handled the Covid-19 pandemic. The country faces a critical lack of oxygen at Tunisian hospitals and a slow rollout of vaccines.

“There’s an extraordinary level of dysfunction at the head of the health ministry,” Mechichi told health officials in footage published on his Facebook page.

Tunisian health officials opened vaccinations stations to those over 18 years to mark the Eid al-Adha Muslim festival. However, the rollout of the program was chaotic, leading to stampedes in over 20 vaccination centers.

“Neither the head of the government nor the governors nor the security services were aware,” ahead of time, said Mechichi of the vaccination program.

Saied declared the army would take over the pandemic response.

The protests happened on the 64th anniversary of Tunisia’s independence in 1956 from France.

His action set off month-long mass protests in the country that led to the downfall of President Zine El Abidine Ben Ali in what became known as the Jasmine Revolution.

In turn, this unleashed the Arab Spring uprisings that shook or brought down regimes across the Arab world, including Egypt’s Hosni Mubarak, Libya’s Muammar Gaddafi, and Yemen’s Ali Abdullah Saleh al-Ahmar.