The short film is a love story between two teenagers told with Kashyap’s quirky touch. 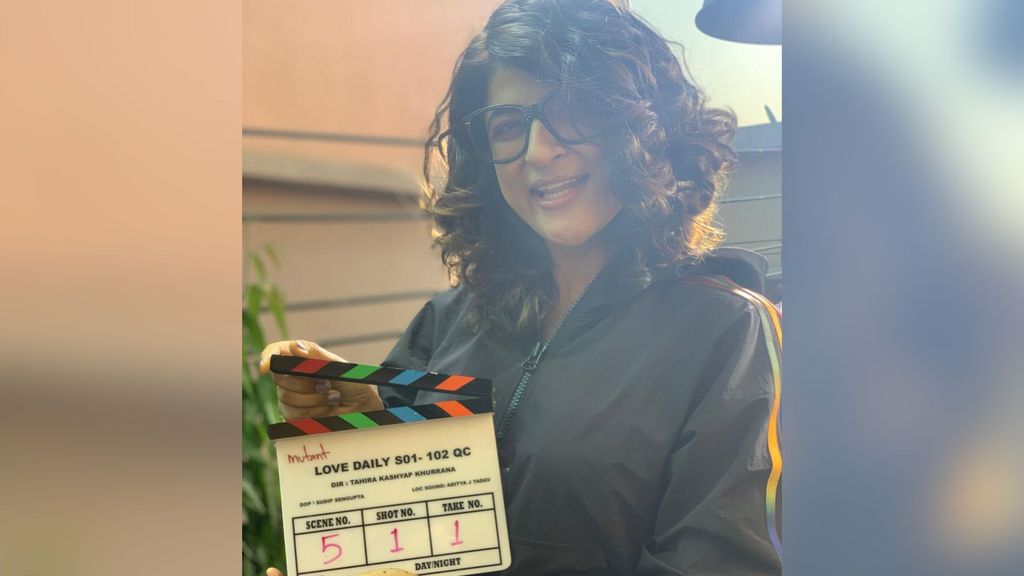 MUMBAI, India — After the success of “Toffee” (2018) and “Pinni” (2020), author-filmmaker Tahira Kashyap unveiled her third short film titled “Quaranteen Crush” as a part of streaming platform Netflix’s anthology series “Feels Like Ishq,” which was released on July 23, 2021.

Sharing some “Behind-The-Scenes” pictures from the project sets, Kashyap penned a heart-warming post to express her gratitude to the entire team on her Instagram handle.

“My happy place! Dekhna zaroor aaj #feelslikeishq @netflix_in par! (do watch #feelslikeishq on @netflix_in) Had the most amazing time making #quaranteencrush big thank you to the entire team (sic),” she wrote alongside the pictures.

Having shot for the short film in just four days in Chandigarh, India, between the first and second lockdown, “Quaranteen Crush” depicts an innocent love story between two teenagers with the innate quirky zing of Kashyap.

Music-fanatic Maninder (played by Mihir Ahuja) concocts some innocent lies to befriend Nimi (played by Kajol Chugh), who has quarantined herself next door.

Her previous directorial short film “Toffee” (2018 ), is based on a friendship between two girls regardless of their class divide, while “Pinni” (2020) highlights the loneliness of a homemaker.

Utilizing her quarantine to the fullest, Kashyap has been working on different things through the lockdown, including her book “12 Commandments of Being A Woman,” that released last year, “Quaranteen Crush” and her upcoming book “7 Sins of Being A Mother.”

Currently, Kashyap is also gearing up for her upcoming project, for the same the author-filmmaker was seen doing a recce in Chandigarh, a union territory in India.

She took to her Instagram handle and hinted about her upcoming project.

“With the most amazing, talented, and lovable team.”

Kashyap is known for her candid style of storytelling. Offering insights into her daily life via social media, Kashyap often reveals her personal routines through her witty posts.

The author recently announced her upcoming book “The 7 Sins of Motherhood,” which has piqued everyone’s interest.

Before “The 7 Sins Of Being A Mother,” Kashyap has written several other books — including “Cracking the Code: My Journey in Bollywood,” “Souled Out,” and “The 12 Commandments of Being a Woman.”

Kashyap is the wife of Bollywood actor Ayushmann Khurrana. The couple welcomed their first child Virajveer in 2012 and daughter Varushka in 2014.