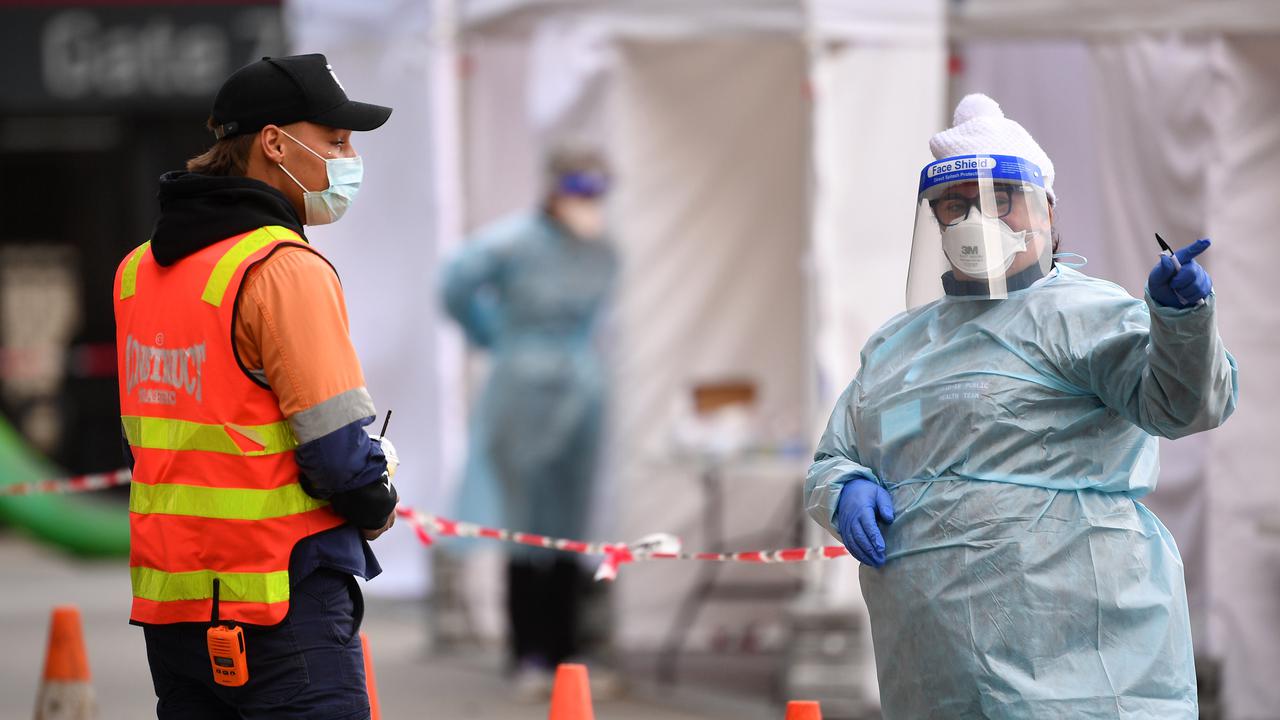 Victoria is on track for lockdown restrictions to ease but the premier warns masks are here to stay. (James Ross/AAP Image)

MELBOURNE, Australia — The Australian state of Victoria has reported 11 new local Covid-19 cases as the state government pleads for people to continue getting tested, so a lockdown can be lifted.

All the new locally acquired cases are linked to Victoria’s current Delta strain outbreaks and were in isolation for their entire infectious period.

Another case was recorded in hotel quarantine, with active infections across the state rising to 190. More than 25,000 test results were received in the 24 hours to midnight on July 26, while almost 14,000 vaccine doses were administered at state-run sites during the same period.

“Over the past week, we’ve seen the day of our highest-ever testing numbers in Victoria, and yesterday, we saw 25,000 plus tests returned,” said Health Minister Martin Foley.

“That together gives us some further comfort that we know what is out there, but we can only be sure if Victorians continue to come forward in such strong numbers.”

There are now 179 cases linked to the community Delta outbreak, with five cases in the hospital, including two in intensive care, one on a ventilator.

Premier Daniel Andrews foreshadows that if the lockdown, the state’s fifth, lifts as planned, restrictions will remain.

The state-wide lockdown was called on July 15 due to an outbreak of the highly contagious Delta variant, which originated from cases in New South Wales.

Victoria’s lockdown was meant to end after five days but was extended for a week. There are more than 21,000 people self-isolating across the state after being deemed close contacts of positive cases, while there are more than 380 exposure sites.

Andrews expressed his dismay at “selfish” anti-lockdown protesters who gathered in Melbourne on July 24 but said he was reasonably confident it would not become a super-spreader event.

“Reported yesterday: 10 new local cases and no new cases acquired overseas. — 15,677 vaccine doses were administered — 24,340 test results were received,” tweeted the Department of Health of Victoria. “All new locally-acquired cases are linked to the current outbreaks, and all were in quarantine throughout their entire infectious period.”

The Delta variant is highly transmissible with even short periods of contact indoors and rarely, but potentially, outdoors or through contact with contaminated surfaces. Graduated measures are likely to be needed in response.

“Delta is likely to remain the dominant variant at this time in Australia,” read a statement from the Australian Health Protection Principal Committee. “The higher transmissibility of this variant represents a potentially higher risk of transmission in schools and early childhood education and care if there is local community transmission.”