The state government and health authorities will make a call on whether lockdown will be lifted and what restrictions will remain.
By Steven Jancetic July 27, 2021
Facebook
Twitter
Linkedin
Email 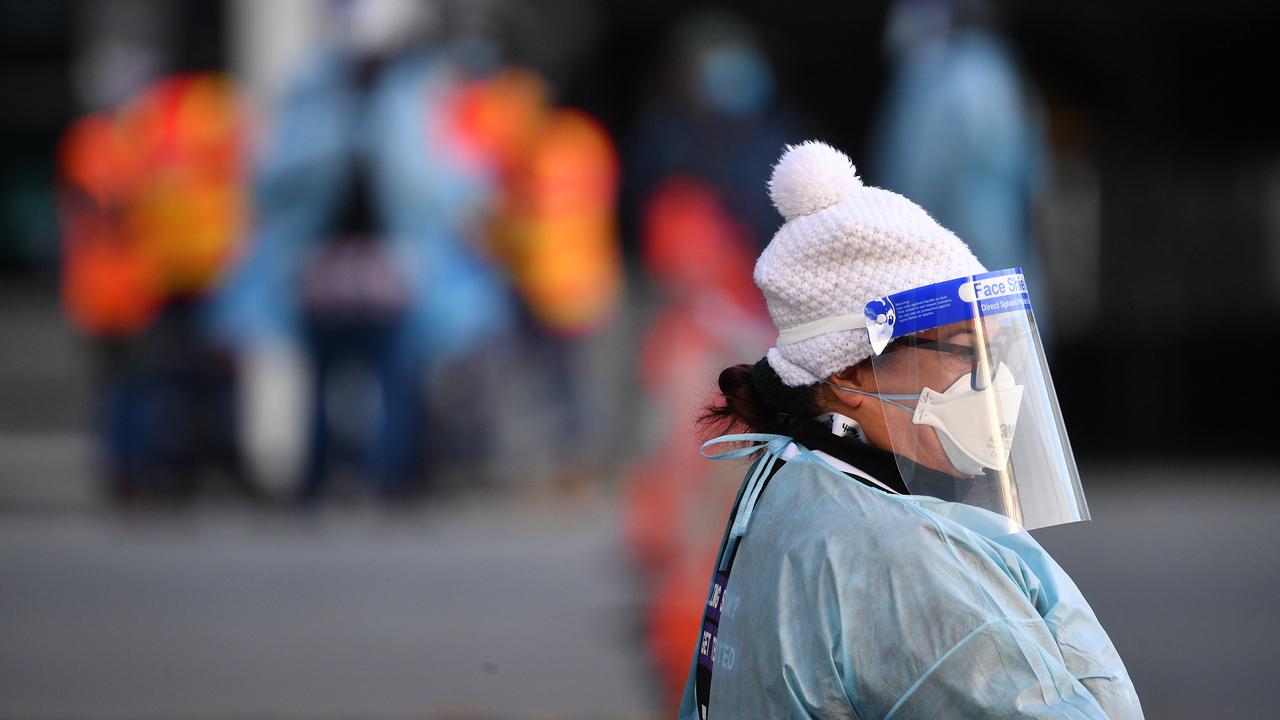 Victoria's lockdown is expected to be lifted but several restrictions will remain in place. (James Ross/AAP Image)

MELBOURNE, Australia — Lockdown in Australia’s southeastern state of Victoria is expected to be lifted, but a number of restrictions will remain in place to prevent another outbreak of the highly infectious Delta Covid-19 variant.

Premier Daniel Andrews, senior government ministers, and the state’s public health team met on the night of July 26 to make a final decision on the new restrictions.

When Victoria emerged from last month’s lockdown, the state government kept a number of strict restrictions in place for two weeks, including a 25-kilometer (15.53-mile) travel rule, a ban on visitors at homes, and strict density limits for hospitality, retail, and offices.

Some businesses, including gyms and nightclubs, were not able to reopen.

Andrews has flagged masks will likely remain compulsory in some settings, while Health Minister Martin Foley said on the day of the meeting “nothing has yet been finalized”.

“The state was on the right track, but authorities wanted to base their decision on the most up-to-date and accurate data,” he said.

The state recorded 11 new local Covid-19 cases on July 26, all linked to the state’s current outbreaks of the highly infectious Delta strain.

For a second straight day, all new local cases were in isolation for their entire infectious period, and no new exposure sites have been listed.

The statewide lockdown was called on July 15, after it emerged that a New South Wales removalist crew visited the state while infectious.

It was initially slated to run five days but was extended by a week to 11.59 pm on July 27, as contact tracers struggled to chase down people before they turned positive.

Foley conceded 22 new local cases over the past two days was a significant figure but said officials took comfort from none spending any time in the community.

Starting 11:59 pm on July 27, Victorians will be free to leave home and go out in the community without an essential reason. All retail, healthcare facilities, entertainment, and personal care will reopen with density limits.

Restaurants and cafés too can resume seated service, thus not requiring staff to isolate from the patrons. In-person attendance is back in schools starting July 28.

Those who can work from home shall work from home, while offices will operate at a maximum of 25 percent capacity or 10 people, whichever is greater.

With the Authorized Worker List suspended, people can leave their local government area, and businesses and services can allow a density limit of one person per four square meters (43.05 square feet). The same density requirements apply to gyms, live music venues, and other physical recreation facilities.

“While case numbers in Sydney remain so high, we are still at risk of another significant incursion from NSW, so on the advice of the Chief Health Officer, changes will also be made to tighten our cross-border bubble with New South Wales,” Andrews said.

“The City of Wagga Wagga, Hay Shire Council, Lockhart Shire Council, and Murrumbidgee Council will no longer be included in the cross border bubble.”

The statement also cited the findings of a Burnet Institute Study—that showed face masks had a massive role in containing the transmission of Covid-19 in 2020—while leaving the mask mandate unchanged for indoors and outdoors.