Younger workers in southwest and western Sydney will get first doses of the Pfizer vaccine to tackle the latest Covid-19 outbreak.
By Hannah Ryan July 26, 2021
Facebook
Twitter
Linkedin
Email 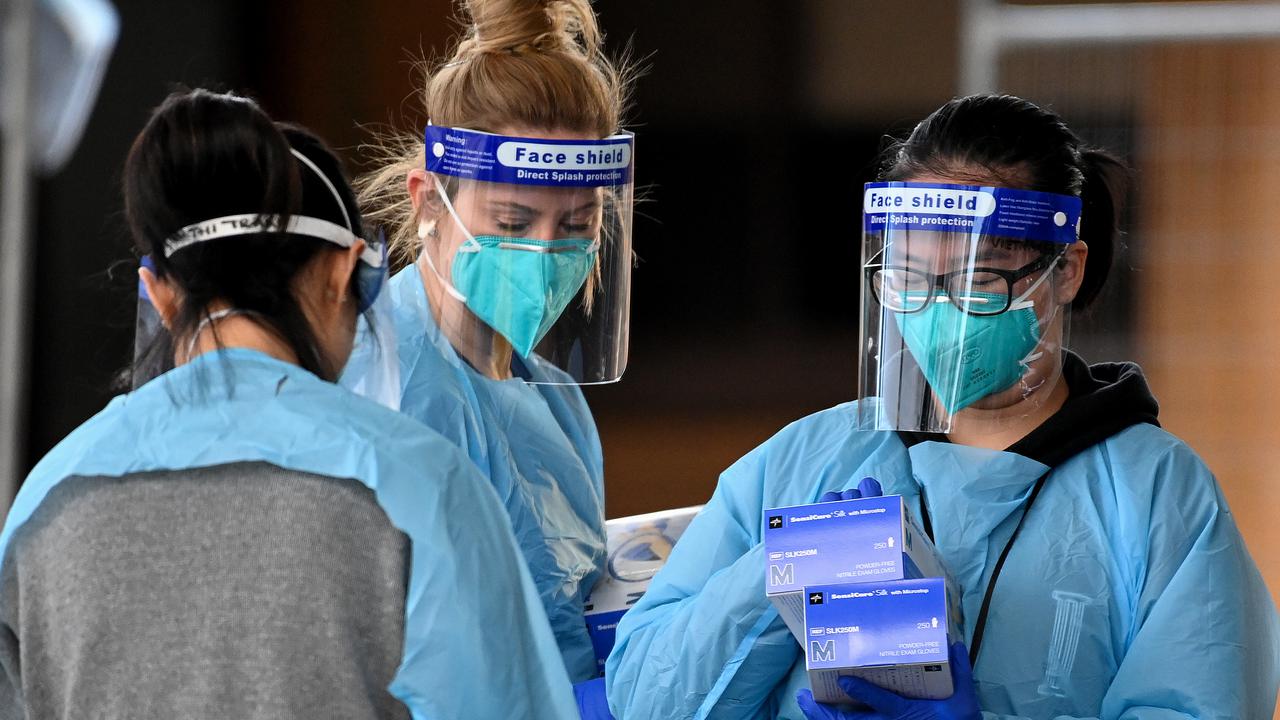 The state reported 136 new local cases on July 23, a new daily high for the current outbreak, which started in mid-June.

Chief Health Officer Kerry Chant advised for the first time on the same day that the outbreak was a “national emergency.”

Covid-19 is spreading particularly quickly among young workers in critical industries who live in Sydney’s west and southwest, Premier Gladys Berejiklian said, and more first vaccine doses in those hot spots could slow the transmission.

“We need to get at least the first jab for as many people as we can in those affected communities as possible,” she said.

A plan to roll out more Pfizer vaccines to those critical workers by extending the interval between Pfizer doses from three to six weeks was discussed at a meeting of the national cabinet on July 23.

An announcement on the strategy is expected on July 24.

Chant warned that the scheme could see some people’s vaccine appointments canceled, but she said hard choices would be necessary to stem the spread.

The government is also urging people to consider getting the AstraZeneca vaccine.

Health Minister Brad Hazzard said members of the community had a duty to help quash the outbreak, which would be fulfilled by getting the AstraZeneca vaccine.

“Your obligation to yourself, the community, NSW (New South Wales) and indeed Australia … is to go to get the jabs of AstraZeneca,” he said.

Chant said her own husband and mother-in-law had received the AstraZeneca, describing the risks as “infinitesimally small compared to the benefits.”

A push by the New South Wales government to have other states’ allocations of Pfizer diverted to Sydney’s hot spots was sunk in the national cabinet meeting on July 23.

Case numbers keep trending higher despite the government ratcheting up restrictions in Greater Sydney, which was sent into lockdown four weeks ago.

Residents in the Cumberland and Blacktown local government areas are now subject to the same elevated stay-at-home orders that southwestern Sydney residents have endured for almost a week.

From 12.01 am on July 24, they have been forbidden from leaving their area unless they are a critical worker.

Residents in the Orange, Blayney and Cabonne local government areas in the state’s central west are also in lockdown until July 28.

Saturday’s case numbers will be eagerly anticipated as the premier has indicated that the impact of stricter measures would start to be reflected in the case of numbers over the weekend.

Late on the night of July 23, New South Wales Health said fragments of the virus had been detected at the sewage treatment plant at Moss Vale in the Southern Highlands where there were no known cases in this area, which was of “great concern.”

Moss Vale area residents are asked to be vigilant for any symptoms, and if they appear, they will immediately be tested and isolated until a negative result is received.