Sikh Volunteers Deliver For Those In Need In Australian City 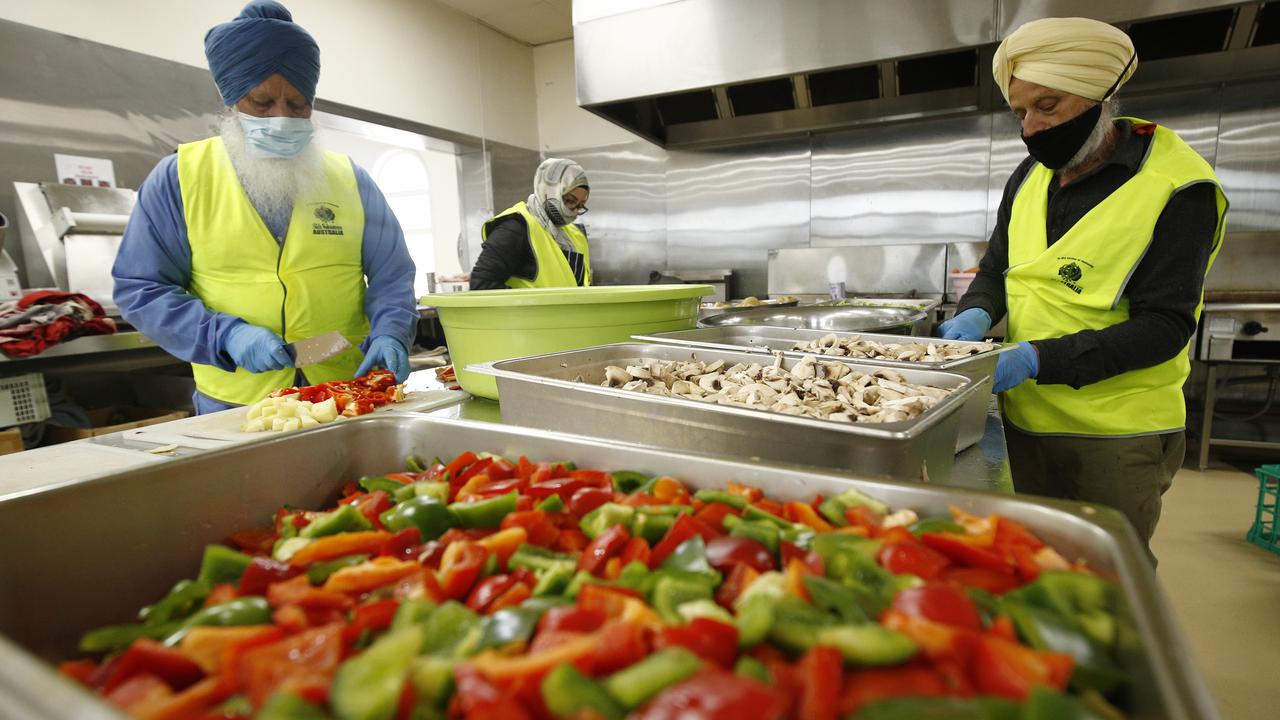 The Melbourne-based operation has cooked and delivered an estimated 174,000 meals across the city since pandemic lockdown began in 2020, which is up to 1500 meals every day.

Sikh Volunteers Australia home delivers meals to anyone in need, and volunteers often drive long distances to distribute food in places impacted by floods and fires.

In summer 2020, they visited bushfire-hit Gippsland, and in March 2021, volunteers drove 12 hours to provide food during the New South Wales floods.

In June, they were in the Yarra Valley after hundreds of homes were destroyed by storms. But Singh said to the media delivering meals during Melbourne’s lockdowns has been a particular challenge.

Volunteers had to buy enough ingredients to feed thousands of people, but there were product limits at supermarkets, and they needed permits to leave home.

“But with meals reaching 41 suburbs, the reaction is very appreciative,” Singh said. “People used to think there is no such thing as free food, but we are proved wrong.”

Singh started Sikh Volunteers with 15 other first-generation migrants in 2014, and it has grown to more than 400 people devoting their time without government support.

Sikh Volunteers Australia has won a swag of community gongs and been named in the 2020 human rights awards. The Sikhs in Charity Award is presented to an individual, organization, or society, which can best demonstrate that it has the community at heart and has had a positive impact whilst improving the health and wellbeing of society.

The Sikh Awards recognizes the pivotal contributions made by the Sikh community across a variety of fields, from business, charity, education, entertainment, professional services, selfless service, and sport, with winners selected across the globe from Asia, the USA, Canada, Australia, Europe, Africa, and the Middle East.

The organization is building its own specialized kitchen in the Melbourne suburb of Cranbourne West that will quadruple its cooking capacity. With 15 stove burners and large fridges, it will also mean the menu of pasta and curries can expand to pizza and roti.

“We can cook almost 6000 meals a day; we can serve humanity better,” Singh said.

“Sharing with others is one of the three main tenets of the Sikh faith, but people do not have to be Sikh to lend a hand. We are a very multicultural organization; we respect the diversity of the land, and we invite everyone to join.”

“The heart of a volunteer is not measured in size, but the depth of the commitment to make a difference in the lives of others” Our volunteers are our heroes.” tweeted Sikh Volunteers Australia.