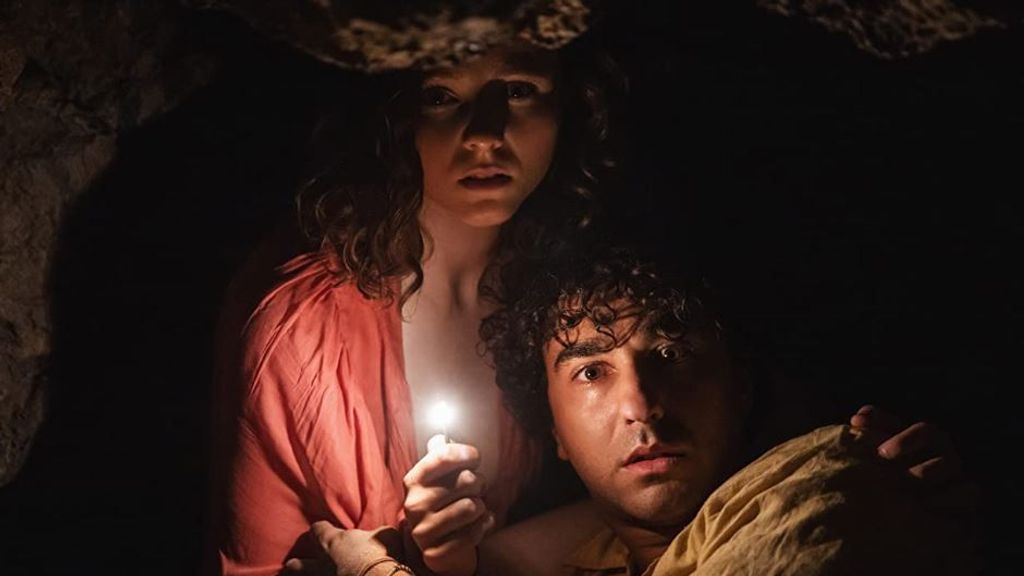 The industry had written Shyamalan off as a failure after the critical reception of 2006’s “Lady In The Water” and 2008’s “The Happening.” With the release of 2013’s box office bomb “After Earth,” which took the career of Will Smith down with it, popular opinion was that Shyamalan had hit rock bottom.

But 2017 saw a career resurgence for the director with the film “Split,” and just like that, a story of wasted potential became a story of redemption. What makes it difficult to gauge whether you are watching good Shyamalan or bad Shyamalan is his classic twist endings. If you are giving him the benefit of the doubt, you have to wait until the end of the credits before giving the final thumbs up or thumbs down. But with his latest effort, you don’t have to wait anywhere near that long before things completely fall apart.

The Story: “Old” is the story of a young married couple Guy (Gael García Bernal) and Prisca Cappa (Vicky Krieps) who travel to a tropical resort that they found on the Internet with their young children Trent (Alex Wolff, Emun Elliott, Nolan River, Luca Faustino Rodriguez) and Maddox (Thomasin McKenzie and Embeth Davidtz). The Cappas are dealing with personal struggles, such as Prisca’s illness and their pending divorce, but decide to have one last good time for the sake of their kids.

The family visits a secluded beach that is occupied by other guests of the island. Paradise turns into a nightmare as the group discovers a body of a young woman in the water. Then, without warning, the Cappas two young children become teenagers, and the group realizes that the beach is rapidly aging them, and their health is deteriorating.

After a bit of investigating, the tourists realize they were chosen to be on the island because of their ailments, and now they cannot leave. The group realizes they have less than 24 hours to find a way off the beach or everyone will die of old age.

Bright Spots: “Old” is a bad movie that still manages to have some bright spots. The setup establishes the setting and central conflict of the story well. “Old” was filmed in the Dominican Republic, which provides some beautiful, calming visuals.

The central family of the film, the Cappas, provides the best performances. García Bernal as the family patriarch and Thomasin McKenzie as the teenage version of Maddox Cappa are some of the strongest actors in the movie. When Shyamalan focuses on the human connection of the rapidly aging family, pretty useful camera tricks make for some great visual storytelling as the film progresses. When Shyamalan widens the story to a larger scale, everything falls apart.

Weak Spots: The downfall of “Old” comes from the plot and character-induced stupidity. The film falls apart the second it tries to explain exactly what is going on and quickly turns into an unintentional comedy. The reveal explaining why our characters are rapidly aging is almost as ridiculous as how our character comes to this conclusion in the first place. At one point, audiences will have flashbacks from the “The Happening,” watching supposedly smart characters turn into Mark Wahlberg with their eye-rolling exposition as the film attempts to smarten up the audience.

Characters lose all common sense as their own nonsensical actions lead to their demise in multiple ways. You have one character dealing with late-stage schizophrenia who the rest of the group allows to roam freely, despite multiple displays of aggression. Other characters who claim to be doctors make one foolish decision after another, crashing down the believability of anything in this plot.

One sequence in the film’s second act goes completely off the rails, and depending on how dark your sense of dark is, it either becomes the funniest or most bizarre 10-minute stretch of any film you will watch this year. “Old” struggles to handle the issue of rapidly aging the kids as a tool to display the importance of the plot, as they can’t figure out how to do the same with the adult actors. Shyamalan suffers from coming up with an intriguing idea but not having the means to actually make it work, leaving audiences with a glass-half-full scenario, rather than a satisfying film.

The Takeaway: “Old” is certainly a roller coaster film even by Shyamalan standards, but it dips too far into the realm of ridiculous to save itself in the third act. “Old” is a film that ages as poorly as wet bread.

See or Skip: While this certainly isn’t Shyamalan’s worst film, it definitely shouldn’t be on anyone’s must-see list.