Popcorn With Zenger: G.I. Joe A No-Show In ‘Snake Eyes’ 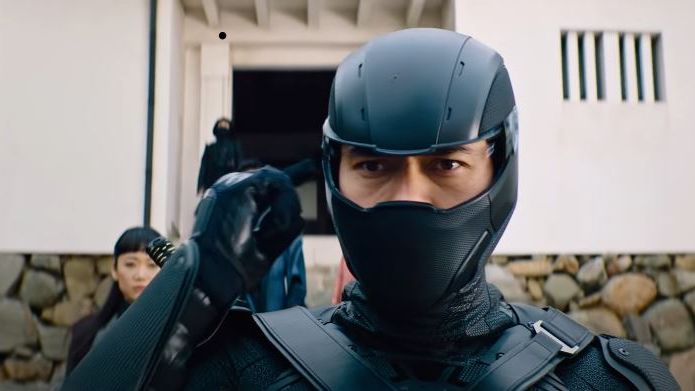 There are two questions you must ask before watching “Snake Eyes”:

Hasbro’s G.I. Joe film adaptations have not had a good track record with fans of the uber-popular franchise. 2009’s “G.I. Joe: The Rise of Cobra” and 2013’s “G.I. Joe: Retaliation” were both panned by fans and didn’t make a dent in the box office. After eight years, all the interest for another Joe film had evaporated, but that didn’t stop Paramount Pictures from making a third addition to the franchise.

The latest G.I. Joe project has its share of controversy. First and foremost, actor Henry Golding was cast as the main character of Snake Eyes, which signaled a complete change in the character’s origin story. That meant that “Snake Eyes” didn’t follow any of the backstories of the popular character.

The Story: “Snake Eyes” begins with our title character as a child. His father was hunted down and killed by a mysterious shadow organization as a young Snake manages to escape death. Many years later, Snake becomes an underground brawler who fights to make a living. Snake is approached by Kenta (Takehiro Hira), the leader of a terrorist organization, who promises to find his father’s killer as long as he can retrieve a long-sought item from a rival clan.

Snake now must infiltrate an ancient Japanese ninja clan called the Arashikage, led by Tommy (Andrew Koji) and security officer Akiko (Haruka Abe). Snake must pass a series of trials to become a true member of the clandestine group. However, Snake has his own motives that come to pass when the conflict between the two groups reaches a boiling point. Snake must choose between finding his father’s killer or a newfound sense of family with the Arashikage.

Bright Spots: Outside the G.I. Joe bubble “Snake Eyes” is one of the better martial-arts action films of the year. “Snake Eyes” is stylized like many Asian action thrillers, with the difference being the actors speak English. The visual style displays many neon set pieces, which have become a staple in modern action films, along with a great-looking set piece within the mythical forest setting. Visually, “Snake Eyes” offers lots of eye candy.

For a Joe movie, “Snake Eyes” is well cast with strong actors who adapt to the universe that is created. The writing avoids taking the easy escape of a campy setting, while the acting doesn’t take itself too seriously for a “superhero” film. Golding has become well known for his charming charisma and that does not change here. He is a strong lead who plays the character to the best of his abilities. Abe is the other standout actor with a solid performance as the Arashikage’s head of security. Abe’s character displays the perfect balance of stretch and empathy, which is a combo that is sorely lacking in modern cinema.

Weak Spots: G.I. Joe fans will have a hard time coping with the fact that “Snake Eyes” takes the backstory of one of the most popular characters in the franchise and tosses it out the window. Paramount Pictures separated the character so far away from the source material they would have been better off creating their own standalone character from scratch. In addition, the film can’t decide if they want him to be a hero or a villain. The shade of gray screenwriter Evan Spiliotopoulos tries to play makes audiences unable to connect with Golding’s character and achieves the opposite effect by making you sympathize with the film’s villains.

Snake Eyes overuses the gimmick of shaky cam to emphasize the impact of its action scenes. The film is also about 15 minutes too long, and the pacing is affected by scenes that are nothing but filler. That includes two characters: Samara Weaving as Scarlett and Úrsula Corberó as Baroness. These ladies are inserted into the story at the midway point as a bone to Joe fans, but neither character achieves anything that justifies their place in the story.

The Takeaway: “Snake Eyes” is an enjoyable martial arts film with a lot of similarities to Japanese and South Korean thrillers, as long as you ignore the fact that this is supposed to be about a storied G.I. Joe character. The less you know about the G.I. Joe lore, the more you will like this film.

See or Skip: Average moviegoers are going to have no problem enjoying “Snake Eyes” and will probably want to see more. G.I. Joe fans, on the other hand, will have a pretty tough pill to swallow by the time the credits roll.