Net Of This World: Deep Sea Fisherman’s Images Of Mystery Monsters From The Twilight Zone

Fin-credible haul from the deep ocean. 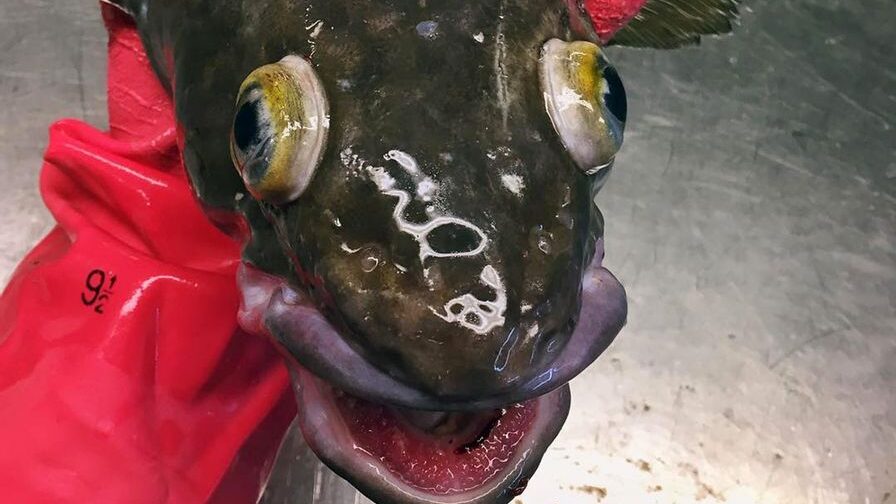 Roman Fedortsov, a Russian fisherman, shares photos online to show the strange sea creatures he pulls out of the ocean with his daily catch. (@rfedortsov_official_account/Zenger)

Earth’s oceans — our planet’s last and biggest unexplored expanse — are home to bizarre, alien-like creatures. And a fascinated Russian trawler fisherman is publishing photos of the deep-sea denizens from the “twilight zone” of the depths.

Roman Fedortsov was so amazed by some of the creatures he was fishing from the deep that he started photographing them and making short videos. He fishes up to 3,300 feet below the surface.

Fedortsov is from the city of Murmansk in northwestern Russia’s Arkhangelsk Oblast region. He said the creatures he has found mixed in with his daily catch are stranger than anything he could have dreamed up.

The marine life is adapted for survival in near-complete darkness all year; his followers often compare them to aliens. He pulls them from the water’s “mesopelagic zone” — known to biologists as the twilight zone — which extends from a depth of 660 feet to 3,300 feet.

Fedortsov’s latest finds include chimaera — alien-headed fish — and one with what looks like tentacles protruding from its mouth. Chimaeras are also known as ghost sharks; their last common ancestor lived nearly 1 million years ago.

The plate fish has an extremely flattened body and both of its eyes are on one side.

Another ancient-looking fish appears to have teeth worn down by overuse, constantly replaced by fresh teeth coming from the back of its mouth.

Fedortsov has become an online celebrity, with many of his images going viral even though he admits that he often has little idea what most of them are. He has been posting his deep-sea discoveries on Twitter and Instagram since 2016.

Despite the public’s reactions, he said he finds all the fish fascinating and doesn’t see them as ugly monsters. “In their own way, all of these creatures are beautiful,” he said.

He fishes mostly in the Barents Sea, off the northern coasts of Russia, which opens into the Arctic Ocean. But he also travels to other parts of the world, including Africa’s Atlantic coast.

Fedortsov said the huge array of creatures he has found is confirmation that much of the ocean depths remain unexplored. Marine biologists have yet to identify many species in the images he has shared online.

Species living in sea depths have learned to adapt to a challenging environment without sunlight or warmth, causing unique transformations in skin color, sight, size and lifespans.

Scientists say animals brought too rapidly from great depth to the surface generally die. In the case of some deep-sea fishes, their gas-filled swim bladder — adapted to resist high pressure — explodes.

“Some species, such as the deep-sea anglerfish and the viperfish, are also equipped with a long, thin modified dorsal fin on their heads tipped with a photophore lit with bioluminescence used to lure prey,” says the marine conservation and education organization Marinebio.

Some deep-sea fish are blind. Others have evolved super-powered vision. Many are bioluminescent, with extremely large eyes adapted to the dark. Bioluminescent organisms are capable of producing light biologically.

Many species, such as the anglerfish and dragonfish, use bioluminescence to disguise their shadows. Katoptron fish use their light organs to search and detect prey in the dark.

“Many mesopelagic and deeper pelagic species also save energy by having watery, gelatinous muscles and other tissues with low nutritive content,” according to Marinebio.

“For example, an epipelagic tuna’s muscle — found at the fish market — may be 20 percent protein while a deep pelagic blacksmelt or viperfish may have only five to eight percent protein. This means they cannot swim as well as a tuna, but they can achieve a larger body size with much fewer maintenance costs,” says the marine group.

“This is often used by animals everywhere for camouflage and protection from predators. In the deep sea, animals’ bodies are often transparent — such as many jellies and squids, blacks — such as blacksmelt fish, or even red — such as many shrimp and other squids.”

The absence of red light at these depths keeps the creatures concealed from both predators and prey. Some mesopelagic fish such as hatchetfish have silvery sides that reflect the faint sunlight, making them hard to see.

Many deep-sea organisms have been found to live for decades or even centuries.