An asylum seeker is contemplating returning home for medical care after more than seven years in limbo in northeast Australia. 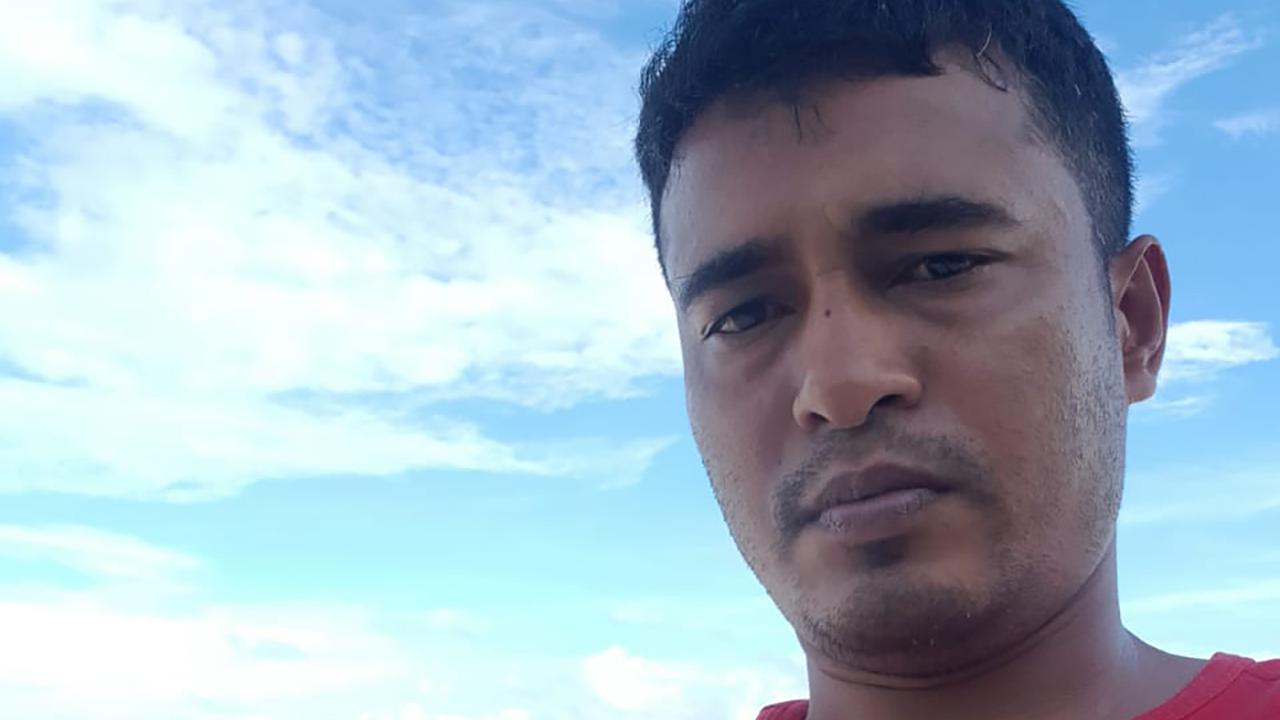 Sahab Uddin, 33, is one of 123 people still held on Nauru after seeking asylum in Australia. (AAP Image)

CANBERRA, Australia — A Bangladeshi asylum-seeker who arrived in Australia by sea eight years ago now has to choose between risking persecution to treat his chronic condition and continued detention that has left him all but inhospitable.

“Every single day, my condition is terrible now; I do not know what I do,” he said.

Sahab Uddin is one of 123 people still held in Nauru, northeast of Australia, after seeking asylum in Australia.

All were sent to the Pacific nations for “offshore processing” after Prime Minister Kevin Rudd’s declaration, eight years ago this week, that asylum seekers who came by boat would never be settled in Australia.

Uddin was 25 and fleeing political conflict in Bangladesh when he boarded the boat that would land him on Nauru in December 2013.

Now 33, he is beset by chronic pain that leaves him unable to sleep.

He believes he may have to return to Bangladesh, risking persecution and confronting a Covid-19 outbreak, just to get the medical treatment he needs.

His right leg was broken in Bangladesh after he was attacked with a hockey stick and beaten.

The limb is now five centimeters shorter than his left, causing worsening back pain.

In late 2014, he was transported to Australia for an MRI because he could not bend his right knee. But he was whisked back to Nauru before he could see the specialist that was recommended.

As the pain worsened, he suffered other blows. In 2016, one of his best friends on the island, a 24-year-old refugee named Rakib Khan, died suddenly as doctors prepared to urgently medevac him to Australia. Uddin washed his body ahead of the funeral.

Uddin’s refugee claim was later rejected, though he does not know why. It means he was not eligible for settlement in the United States under the deal announced in 2016.

Nearly three years ago, a doctor at Nauru’s hospital recommended he be given special shoes to even out his gait. He still has not received them.

The Department of Home Affairs declined to comment on Uddin’s case.

“The government had been clear that people sent to Nauru and Papua New Guinea would not be settled in Australia and that they were encouraged to engage in migration options,” said a spokesperson.

Of the 3127 people sent offshore since Rudd’s announcement, just over 1000 have been resettled in third countries. Around 1000 are in Australia.

As the deal with the United States to resettle 1250 refugees draws to a close, it is not clear what the Australian government has in store for people like Uddin.

The company that runs the offshore regime in Nauru has just had its contract extended for six months at a price of AU$180 million ($132.30 million).

“Without a plan for what you’re going to do if you take people offshore, you are going to be stuck with people for years,” he said.

“Everything that has happened since (Rudd’s announcement), the riots, the hunger strikes, the self-harm, the suicide attempts, the violence, all that was totally foreseeable the minute they put this indefinite stop on people going anywhere from those countries.”

Amnesty in 2013 flagged that the humanitarian condition of refugees held in Oceania islands was harrowing, with experts saying the people sent by Australia offshore to Nauru were the most traumatized they had seen, and that was including refugees in war zones.

He now faces a difficult choice: stay or go.

He says he can no longer tolerate the pain, which has stopped him from sleeping without sedatives for the past six months.

His mental health is deteriorating as well. He feels lonely but avoids other people. If he talks to anyone for longer than five minutes, he feels “very angry and very sad.”

Though he fears the political persecution he fled and the Covid-19 outbreak gripping Bangladesh, he may choose to return almost eight years later.