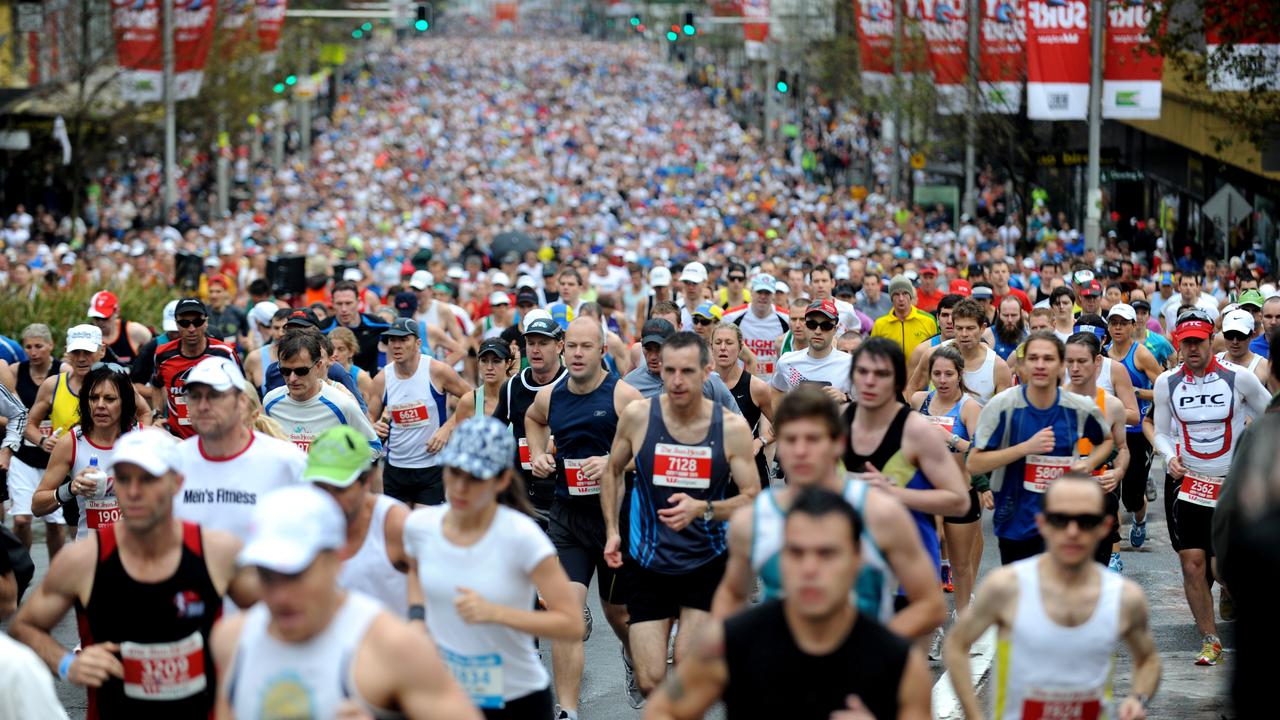 More than 80,000 runners traditionally take part in the City2Surf each year. (AAP Image)

SYDNEY — Delayed until mid-October by Covid-19 lockdown, Australia’s biggest fun run will undergo a major upgrade in medical support amid concern over the number of runners likely to succumb to heat stress.

The 50th edition of the City2Surf will see 190 staff in dedicated medical roles stationed throughout its 14-kilometer (8.7 miles) route.

With Sydney’s temperatures forecast to climb into the 20s or about five degrees higher than in August when the event is usually staged, the starter’s gun will also fire 80 minutes earlier, organizer Chris Jarvis said.

“It meets multiple times before the event, and there is a whole conversation in place in preparation for this year.”

Runners and staff will be carefully briefed on the signs of heat stress and how to respond to them. To the same effect, Olympian Craig Mottram will run a 10-week online training class for participants.

To reduce crowding and runners being carried along by a surging pack, they will be asked to arrive no earlier than 30 minutes before race time.

Jarvis said six drink stations will be spaced around the course, and there will be a recovery facility to provide fluids and ice at the finish line.

“We have definitely done our homework and not just assumed it’s going to be a matter of rolling out everything as per normal,” he said.

Behind the scenes, University of New South Wales public health and safety academics David Heslop and John Vassil have provided their findings based on six years’ worth of City2Surf data between 2011 and 2016.

It was the first time in four decades such research has been undertaken. The pair found 39.2 percent of race casualties were the result of heat exhaustion or hyperthermia. Musculoskeletal injuries accounted for 25 percent and physical exhaustion 10 percent.

There was also a “linear relationship” between heat stress and external temperature while humidity, wind speed, and temperature change played roles.

“On cooler race days with strong southerlies, there were next to no heat injuries and only a couple of patients requiring hospitalization or treatment at the end of the race,” Vassil said.

“In the warmer years, there was significantly more. It varied between 11 people with heat injuries right up to about 40 at the end of the race, and that was on a 16-degree day. So, when you go into October, and you are going to have an average of five or six degrees hotter and less wind in that month based on the data by the Bureau of Meteorology, it will be interesting to see how many more heat casualties we have.”

The notorious 2 kilometers (1.2 miles) ascent from Rose Bay to Vaucluse, known as Heartbreak Hill, is the apparent danger zone, especially for the rear of the running field, which routinely numbers 80,000 or more.

It’s where up to 90 percent of the race’s heat-related injuries happen.

“On average, there’s a cardiac event at the end of the grueling stage most years.”