The Minister of Environment was removed from office for allegedly participating in a forest smuggling scheme.
By Luciano Nagel July 26, 2021
Facebook
Twitter
Linkedin
Email 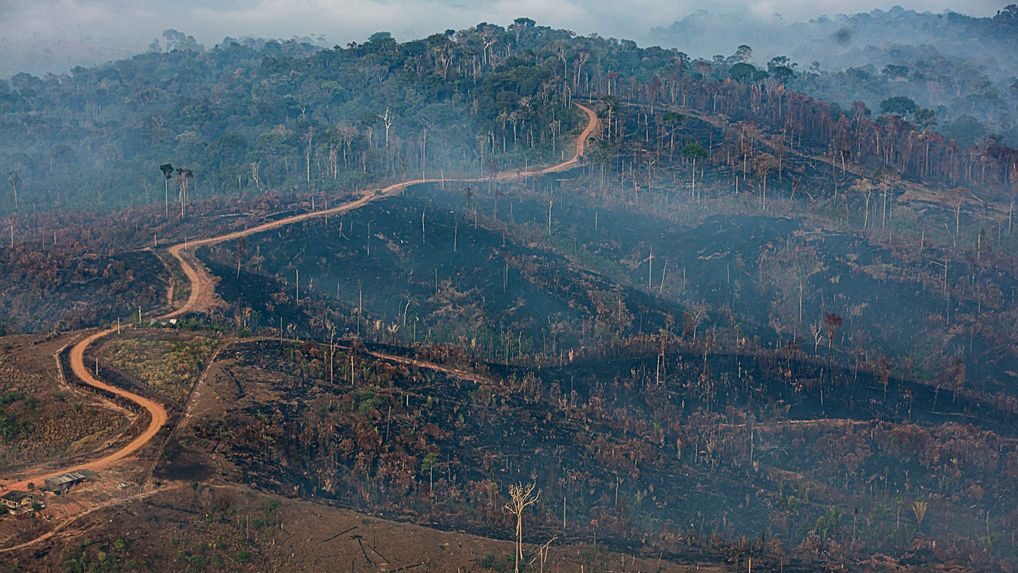 PORTO ALEGRE, Brazil — In Brazil, nearly 309,000 square miles (800,000 square km) of the Amazon rainforest have already suffered from deforestation, about 20 percent of the total forests in the country, according to official data from the Institute of Man and the Environment in the Amazon, or Imazon.

“Deforestation is a chronic issue. Brazil is one of the countries that have deforested the most among the Pan-Amazon countries. To better exemplify it, the deforested area is equivalent to a size of approximately the state of California,” said Imazon geologist and researcher Carlos Souza.

The current government has not offered a policy regarding deforestation.

On June 23, Minister of the Environment Ricardo Salles was removed from office. Brazil federal police are investigating Salles for allegedly participating in a forest smuggling scheme. In addition, there is suspicion of illegal exportation of wood to the United States and Europe. Joaquim Alvaro Pereira Leite is the country’s new environment minister.

In addition, President Jair Bolsonaro, who took office in 2019, cut the funds of the Brazilian Institute of the Environment, or IBAMA. In April this year, the federal government announced a cut of 240 million reais ($46 million) in the general budget for the Ministry of the Environment.

The budget reduction affects environment protection programs coordinated by the Chico Mendes Biodiversity Institute, or ICMBio and IBAMA. Souza affirmed that deforestation in the Amazon rainforest in 2020 reached over 4,000 square miles (11,000 square km), and it is estimated that it will reach an area of nearly 5,800 square miles (15,000 square km) by the end of the current year.

“Unfortunately, there is no official plan from the current government to combat deforestation,” he said.

Souza recalled that, from 2005 to 2012, there was a significant reduction in the deforestation rate, thanks to the initiatives carried out at the time by the Action Plan for the Prevention and Control of Deforestation in Legal Amazon, or PPCDAM, launched in 2004 as a government response to rising deforestation rates.

Since 2012, when President Dilma Rousseff from the Workers Party (PT) was in power, Brazilian efforts to reduce deforestation in the Brazilian Amazon collapsed due to creating the New Forest Code. The law regulates the pardon of fines for illegal deforestation committed before 2008. This was one of the main talking points of ‘ruralistas’ (a right-wing political bloc of farmers that oppose the land reform) during the writing of the new law, and environmentalists criticize it to this day.

“The government of Dilma Rousseff (PT) and Michel Temer from the Democratic Movement of Brazil (MDB) were not so decisive in the fight against deforestation in the Amazon rainforest. Both administrations relaxed the rules and control of deforestation. President Jair Bolsonaro dismantled Brazilian environmental policy and pointed out that further deforestation is possible,” said Souza.

Among the main causes of deforestation in the Amazon rainforest — besides livestock concerns — timber extraction projects, mining, and the promotion of the illegal occupation of public lands stand out. The southern and southeastern regions of the state of Amazonas are the main targets of deforestation.

The Legal Amazon, which includes nine Brazilian states, Acre, Amapá, Amazonas, Mato Grosso, Pará, Rondônia, Roraima, Tocantins, and part of Maranhâo, has over 300 square miles (810 square km) of its territory deforested in March 2021. These data, recorded by Imazon, were obtained through the Deforestation Alert System, which monitors deforested areas in the region via satellite.

There was a 216 percent increase in deforestation than the numbers registered during the same month last year when it amounted to 99 square miles (256 square km).

The state of Pará, in the northern part of the country, has the highest amount of deforestation (35 percent) in the Legal Amazon, followed by Mato Grosso (25 percent). Together they comprise 60 percent of the deforestation detected in the Amazon rainforest in March 2021.

“The deforestation process in the state of Pará has to do with the process of occupation of the territory. This is a historical fact. Pará is a place full of challenges and extremely diverse in economic terms. Everything that exists here does not exist in other Brazilian states. For example, the number of federal highways, mining industries, two huge hydroelectric plants, and a large cattle farm,” said Pará’s Secretary of the Environment, Mauro O’de Almeida.

The Pará’s municipalities that are leading the deforestation process include: Sâo Félix do Xingu, Novo Progresso, Altamira, Itaituba, and Jacareacanga, the latter of which are on the Transamazônica and Santarém-Cuiabá highway. To stop the increasing number of environmental crimes, such as fires and deforestation, Secretary O’de Almeida stated that, in August 2020, the state government prepared the Agora Amazónica State Plan, which would become the central platform for actions to the sustained reduction of deforestation.

This project aims to reduce greenhouse gas emissions from the conversion of forests and land use by 37 percent by 2030. It has its basis, according to Mauro O’de Almeida, on five points: audits, licenses, and environmental monitoring, territorial and environmental planning, socioeconomic development with low greenhouse gas emissions, and long-term ecological financing.

The largest rainforest in the world

According to Carlos Durigan, geographer and director of the non-governmental organization WCS-Brazil, deforestation in the Amazon is currently heading further south in the state of Amazonas, in the municipalities of Humaitá, Lábrea, Tapauá, Pauini, and Itamarati.

The distance from the state of Amazonas’ capital Manaus and the difficult access to some municipalities lead this region to be neglected by official authorities. Nevertheless, Durigan affirmed that WCS-Brazil has supported environmental agencies, the ICMBio, and the Secretariat of the Environment of Amazonas in the management of protected areas and the production and analysis of data through monitoring actions of deforestation and fires.

The Director of Research and Knowledge Management of the Friends of Nature Foundation, Marlene Quintanilla, said that the lowlands of Bolivia were once sparsely populated, as the population was more concentrated in the high mountains due to economic factors such as the exploitation of minerals. Then, starting in the 1980s, a migration to the lowlands began, causing the deforestation of the Bolivian Amazon rainforest.

“The problem in Bolivia is that we have a law that was greatly beneficial at the time, the land distribution law, the INRA law, where the land is for those who work it. However, the owner or whoever is demanding the land has to deforest because he has to demonstrate that he fulfills an economic and social function,” said Quintanilla.

“The local administration applies the same philosophy regarding forests, though the law does not cover them. The people in charge state that, in order for it to have an economic and social function, it must have the possibility of an agriculture or livestock endeavor, and the forest’s ground is considered too poor for those industries. Thus, deforestation in Bolivia responds to people settling in as the soil is poor and not fertile, so their only use is for owners to sell it for people wishing to inhabit it.”

Bolivia is the country, just after Brazil, that deforests the most in South America. Along with mining, logging and uncontrolled economic exploitation, fires were responsible for destroying nearly 5 million acres (2 million hectares) of the Amazon rainforest in the country between 2002 and 2019.

“Bolivia has already lost about 8 percent of its original Amazon rainforest between 2000-2018. However, historically, there is a loss of 15 percent from 1970 to 2019,” said Quintanilla.

Amount of the Amazon rainforest by country, in acres