Case numbers continue to rise despite harsh restrictions, as police vow to hunt down protesters who marched against the lockdown.
By Hannah Ryan July 26, 2021
Facebook
Twitter
Linkedin
Email 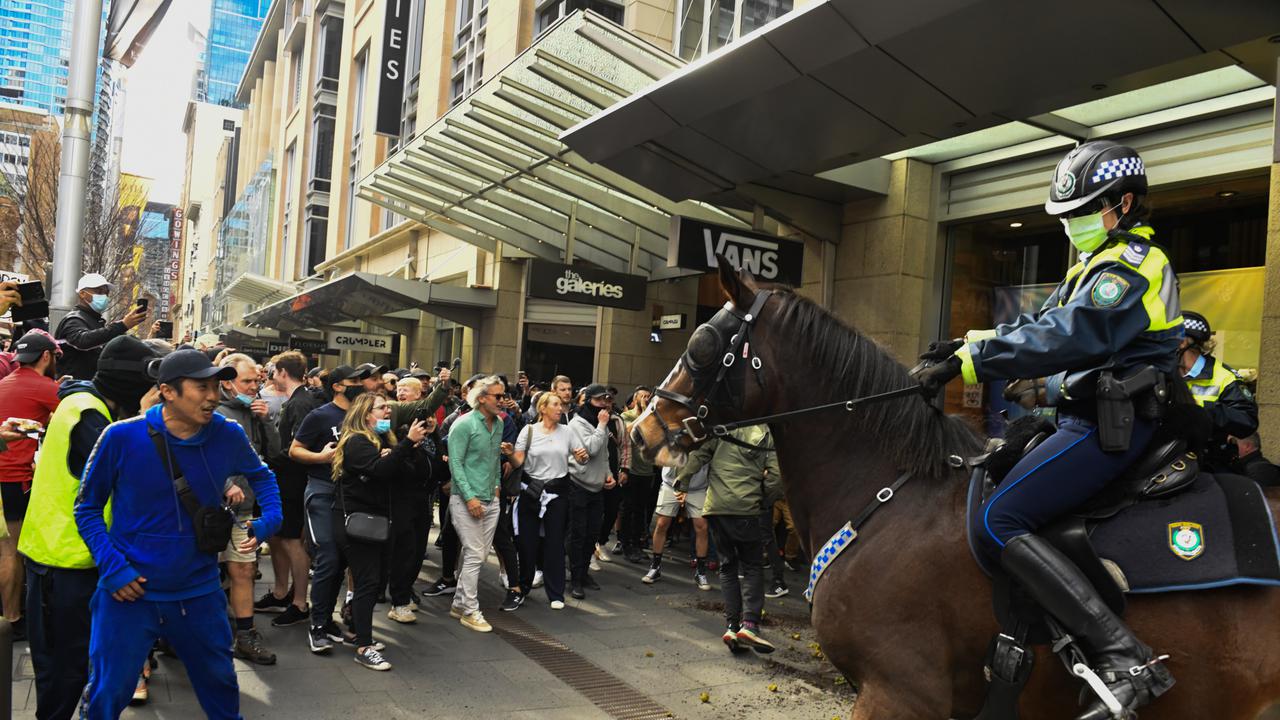 Police have vowed to track down and punish anti-lockdown protesters in Sydney. (Mick Tsikas/AAP Image)

SYDNEY — Tensions are high in the southeastern Australian state, New South Wales, as Covid-19 case numbers continue to rise and police hunt down thousands of people who ignored public health orders protesting against the lockdown.

Despite a lockdown of Greater Sydney entering its fifth week, case numbers of the deadly Delta strain of the virus hit a new high on July 24 as New South Wales reported 163 new local infections.

Visitors to the Chris O’Brien Lifehouse cancer hospital in Sydney’s inner west have potentially been exposed to the virus.

New South Wales Health indicated that visitors to the center around lunchtime were considered to be close contacts after a patient who attended an appointment tested positive.

Other exposure sites include a Campsie butcher, which is listed as a close contact venue all day for an eight-day stretch until July 28.

Disquiet in some quarters of Sydney over the lockdown erupted dramatically on the afternoon of July 24, as thousands of people marched through Sydney’s central business district.

A team of more than 20 detectives is now working urgently to identify more of the protesters and either charge or fine them.

“We are making sure that thousands get punished for the rally,” said David Elliot, Police Minister. “The New South Wales opposition called for police to hunt them down.”

“I would be surprised if the rally does not see more transmission of the virus.”

He described it as the best case study of a super-spreading event that he has seen since the pandemic began.

The New South Wales government is frustrated with rising case numbers, which have persisted despite more severe restrictions.

The latest escalation has prevented all but the most essential workers in Cumberland and Blacktown local government areas from leaving those areas.

“Vaccination is the way out of the outbreak, but her plea for other states and territories to hand over their Pfizer stocks has so far been rebuffed,” said Berejiklian.

Instead, New South Wales will have to settle for 50,000 more Pfizer doses from the federal government’s national stockpile.

“We will soon provide the state with a roadmap for the next few months until the state reaches a good proportion of its citizens vaccinated,” said Berejiklian.

Greater Sydney and surrounding regions are locked down until at least July 30.

New South Wales Health on July 24 issued an alert about a confirmed Covid-19 case on Virgin flight VA 1139 from Sydney to Ballina on July 14, with anyone aboard deemed a close contact who must get tested and isolate for 14 days.

There have been 1,966 locally acquired, 0 interstate, and 52 overseas cases of Covid-19 in New South Wales, as per reports.