Cars were forced to dodge a motorcyclist who rode straight at them, say police. 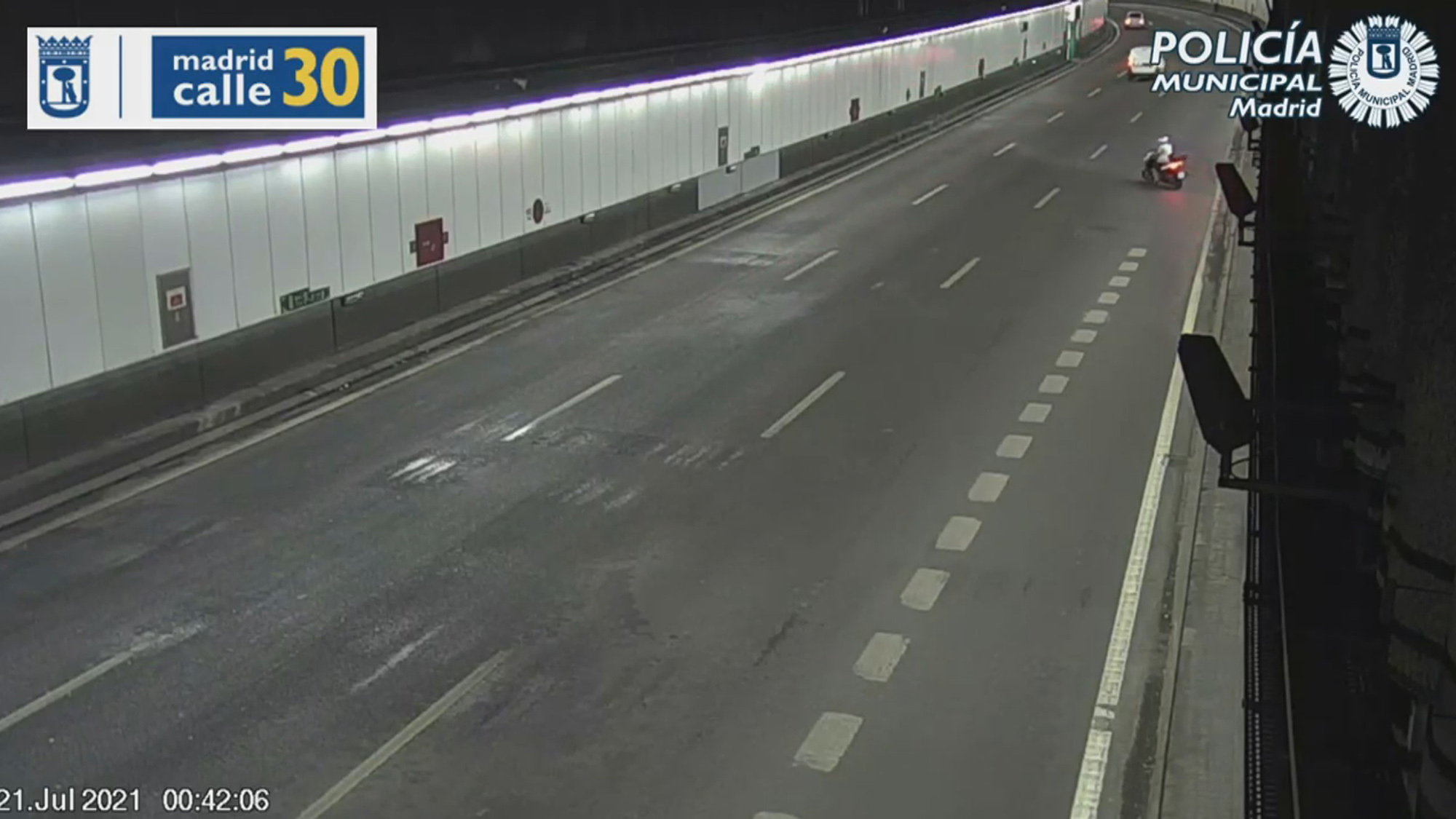 A drunken motorist turns around and starts to drive in the opposite direction on the M-30 highway in Madrid, Spain on July 21, 2021. (@policiademadrid/Zenger)

A drunken man on a scooter was captured on video traveling nearly nine miles (14 km) the wrong way down a freeway as cars swerve to avoid crashing into it.

The incident took place on the M-30 freeway in the Spanish capital Madrid and was only brought to an end when the municipal police arrested the biker. Nobody was hurt.

The suspect, who has not been named, was given a breathalyzer test and was found to have more than 1 milligram of alcohol per liter of air exhaled, which is more than four times Spain’s legal breath-alcohol limit of 250 micrograms per liter.

Reckless driving and endangerment of lives from driving under the influence carry criminal charges, and can result in a prison sentence of three to 12 months and license suspension for between one and four years. A fine of between $350 to $700 (300 to 600 euros) may also be imposed.

In a video shared by the Municipal Police of Madrid, the suspect can be seen making a quick pause before doing a U-turn and continuing down the road driving in the wrong direction. The driver apparently stopped on the shoulder several times during the course of the 8-mile trek.

The Police Special Services Unit said in a statement that several motorists alerted them to the presence of a man on a scooter riding the wrong way on the M-30.

The arresting police officers said that the suspect showed “clear signs of being under the influence of alcoholic beverages.”

The suspect was arrested for reckless driving and endangering other people’s lives and for being under the influence of alcohol while operating a vehicle.

The police added that cameras set up on the freeway made it easier for them to intercept the suspect.

Forty-two percent of Spanish drivers drink and drive at the same time, according to the Spanish Ministry of Interior’s handbook on drinking and driving. The Spanish government has reformed their penalty system over the last two decades to crack down on the problem.

The possibility of losing a license through the penalty system has worked as a powerful tool to change bad behavior of Spanish drivers, particularly those dependent on their licenses for their jobs, according to a report from the European Travel Safety Council.

A study carried out by the General Directorate of Traffic from June 16–22 this year as part of a special campaign for control and surveillance of alcohol or drugs found 450 drivers who tested positive for drugs or alcohol per day.

As a result of the campaign, 255 drivers have been “brought to justice for crimes against road safety,” according to the General Directorate of Traffic.