Evacuations ordered as mega-blaze jumps from California to Nevada as it burns through 68 square miles of land.
By Joseph Golder July 23, 2021
Facebook
Twitter
Linkedin
Email 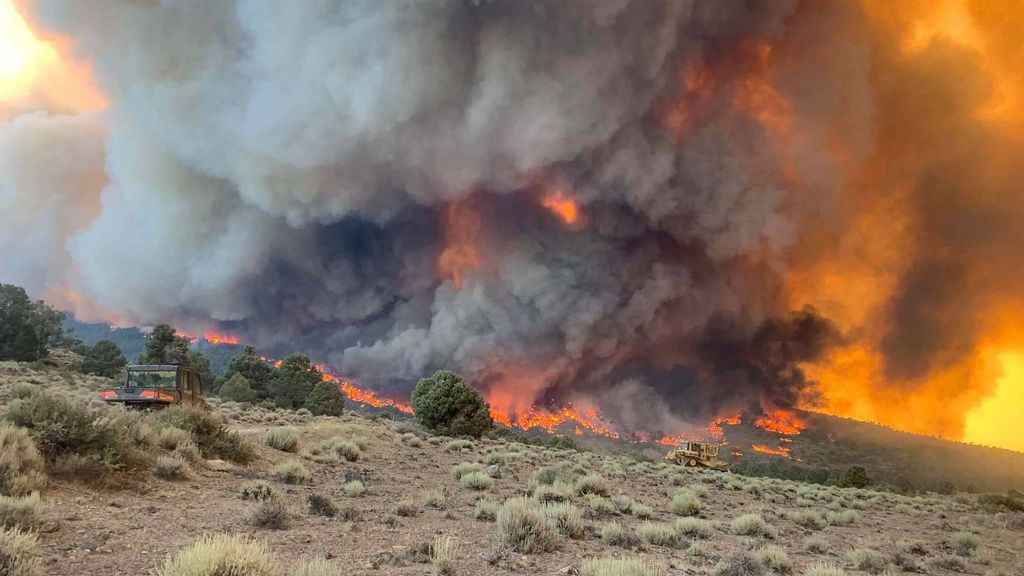 The Tamarack Fire that began in California has crossed into Nevada as more than 1,200 firefighters continue to battle the blaze. (@TMFPD/Zenger)

A massive California wildfire spread to Nevada this week, and more than 1,200 firefighters are continuing to battle the blaze.

Lightning strikes started the Tamarack Fire on July 4. It has burned through more than 68 square miles of national forest woodland south of Lake Tahoe.

A bolt of lightning hit a single tree on top of a rocky ridgetop, according to the National Wildfire Coordinating Group. High winds on July 16 quickly spread the blaze down the slope.

Officials are keeping a close eye on weather forecasts; 14 mph winds and high temperatures mean the fire could spread more quickly and aggressively.

The latest footage shows firefighters struggling to tackle huge walls of flames as everything around them turns to smoke and ash.

The fire was still gathering strength Thursday evening, and the outlook appeared rather bleak as dry air hung in place through Friday.

Fire activity increases when humidity drops, according to the National Park Service. This is because grass, pine needles and other natural fuels become drier and more likely to ignite.

Firefighters are focused on protecting people’s homes and other buildings.

The National Wildfire Coordinating Group reports a total of 50,000 acres burned so far.

Only four percent of the perimeter has been contained, and the agency estimates Aug. 31 is the earliest the fire might be completely contained.

California’s wildfire season has seen a string of blazes spread in the past month.

The Dixie Fire, north of the Tamarack Fire in Butte County, has burned through more than 100,000 acres since it started July 13. Just 18 percent of the perimeter has been contained, and federal government projections show at least another week until it can be conquered.

In Oregon, the Bootleg Fire continues to burn in the Fremont-Winema National Forest, according to the U.S. Department of Agriculture’s Forest Service. More than 2,000 emergency personnel have been deployed across 400,000 acres, making it America’s largest wildfire so far this year.

Air quality continues to be a nationwide problem; even in the Midwest and on the East Coast, Americans have reported hazy skies as smoke travels from wildfires in the West.