Accused of a $3.2 million tax fraud, the board of directors’ former president fled the country; consumers join in a class-action lawsuit.
By Julio Guzmán July 23, 2021
Facebook
Twitter
Linkedin
Email 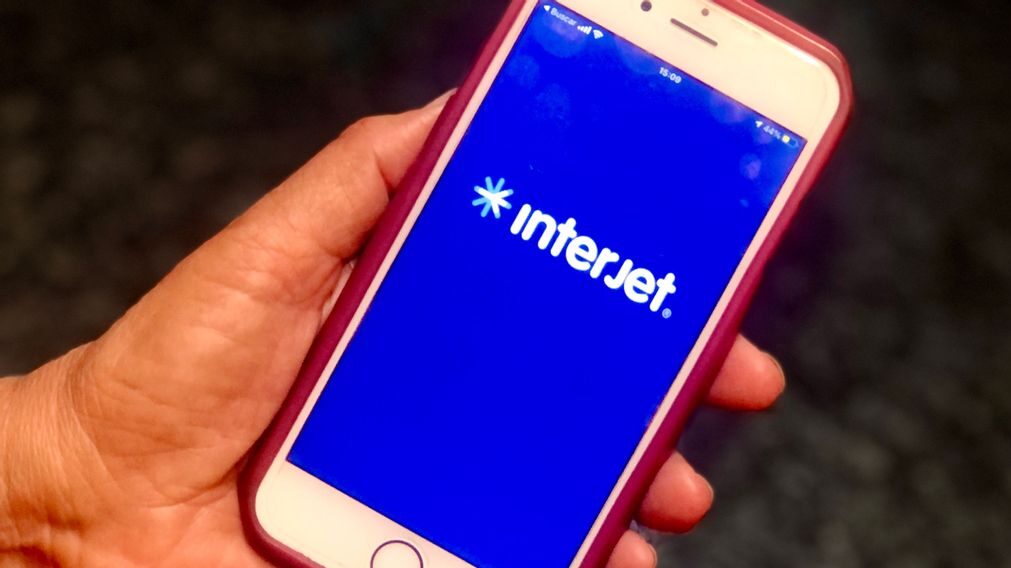 Some travelers believe they will not get refunds for the money they paid Interjet for tickets that were left unused. (Julio Guzmán/Zenger)

A federal judge in Mexico issued an arrest warrant against Miguel Alemán Magnani, the former president of Interjet’s board of directors, accused of a $3.2 million tax fraud.

A former member of President Andrés Manuel López Obrador’s advisory council, Alemán Magnani is the grandson of Miguel Alemán Valdés, who was Mexico’s president from 1946 to 1952. His family has been linked to politics and large companies in the country for decades.

Interjet was one of his many ventures. He founded the airline in 2005, and it soon became a leader in domestic flights and launched international routes. But the company had several problems by 2020.

More than 5,000 employees went on strike in January 2021. Interjet lacked the liquidity to meet its obligations with the treasury, creditors, human personnel and clients. It also faces a class-action lawsuit for breach of services to its customers.

“I hope the Mexican authorities do justice [to the customers],” Carlos Puga, an Ecuadorian customer who bought a round trip flight from Guayaquil, Ecuador, to Cancun, Mexico, told Zenger. He does not know what will happen to the money he paid for the flight.

“I used to have 50 percent hope that I would get my money back, but with what is happening now, I have only 10 percent,” said Jorge García Castillo, a Mexican who owns a travel agency. García Castillo sold Interjet flights to several clients and now has to refund more than $2,500.

“We organized a trip to Canada and bought our tickets with Interjet. We got a decent price, about $400 per round trip. We had six to eight confirmed travelers. Now, we have the electronic vouchers [that the airline provided to use later], and we have to return the money for the flights out of our pocket,” he said.

After the first post in the Facebook group “Defraudados Interjet” [Interjet Fraud Victims], hundreds of users have shared their experiences on social media.

“I lost [the money for] seven round trips from Mexico to Canada. They stole $3,500 from me,” said user Israel Hernández.

For several months, the company has been silent. Its website is completely shut down, as are its customer service line, mobile application and social media accounts. The last post on the company’s official Facebook page dates from December 31, 2020: “Thanks 2020 for all the learning! We look forward to 2021.” Interjet’s Twitter profile has a similar post.

Profeco, Mexico’s bureau of consumer protection, filed a class-action lawsuit before the Ninth District Civil Court judge on April 9, 2019. As of May 31, 2021, 3,444 users have joined.

Among the main reasons for complaint are the “refusal to return the money that passengers paid for flights not made” and “failure to provide the service.”

The trial is in process, but some customers find it unlikely that the class-action lawsuit will have any result and do not believe they will receive a refund.

“We have not resorted to the class-action lawsuit, filed a complaint at Profeco, or anything. If Interjet can make these vouchers valid, it should do it for everyone who got one, not just for those who made the request. All that remains is to live with the company’s bad decisions,” said García Castillo.

The scenario is just as uncertain for travelers who live outside of Mexico and bought tickets.

“There is no longer Interjet headquarters here in Lima. In Peru, the National Institute for Consumer Defense is the body that takes care of these issues, but there is nowhere to complain because the airline is not there,” said Viviana Roma, a Peruvian user who lost $700 for a Lima-Miami flight with a connection in Mexico City.

“The law does not make any distinction between a foreign person or a Mexican citizen. I recommend they reach out to Profeco individually. It would be less convenient for them to hire a lawyer, and as foreigners, it could be a bit more expensive. But it depends on how the victims want to proceed,” he said.

He also suggested affected customers be patient since it could be a long process in which the airline has the resources to defend itself.

“As a party to a trial, the company has the power or possibility to resort to whatever means the law confers on it. As a defendant, it can appeal the first resolution. If the resolution is unfavorable [again], the company can challenge through a direct appeal trial,” he said.

Even if the plaintiffs win the case, Cruz Toledo made it clear that there is a possibility that customers will not receive their money back since Interjet has many creditors.

“Sometimes, if the defendant doesn’t have money, you won’t be able to cash a promissory note, which can be very harsh for Interjet users. However, that might be the case given Interjet’s finances,” he said.

Interjet used to be a good option before the scandal.

“There is no deadline to join the class action lawsuit,” said José Montaño, Profeco’s General Director of Information and Social Outreach. He says that each passenger should decide whether to go to court, individually or through a class-action lawsuit.

“When will there be a resolution? We cannot give any details because it is not in our hands, and we do not receive information about the process itself,” García Castillo said.

Meanwhile, Mexico’s National Migration Institute has reported that 55-year-old Alemán Magnani’s last registered departure from Mexico dates back to January 31, 2021, from Toluca’s International Airport. The Institute has raised an immigration alert for his name.

But his lawyer, Francisco Javier Mondragón Alarcón, told the media that he did not fly to flee Mexico but left to seek investors.