Abandoned facilities and detained officials are the balance in Rio de Janeiro, the site of the 2016 Summer Olympic Games. 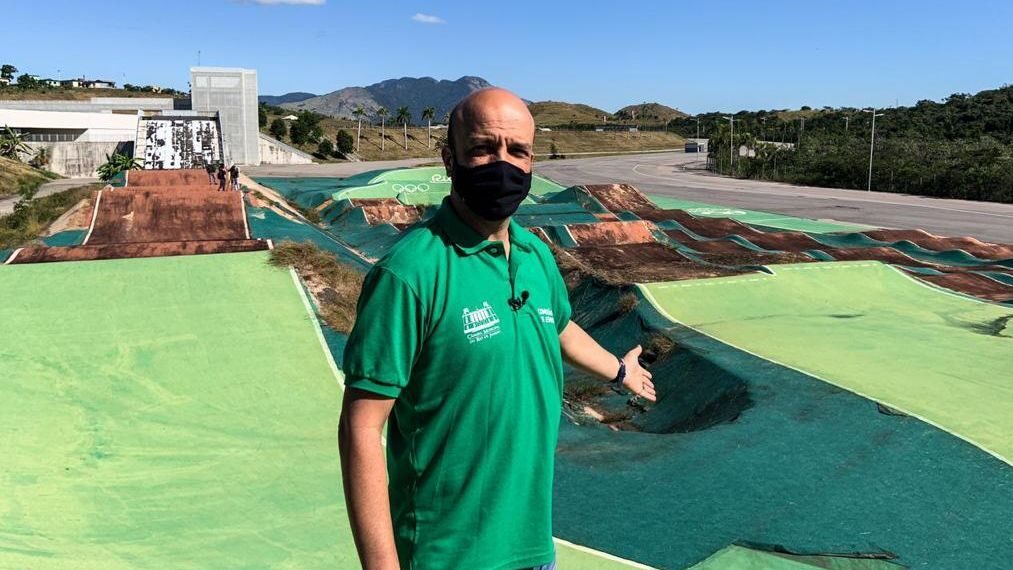 Almost five years have passed since the 2016 Olympic Games in Rio de Janeiro, and allegations of corruption and fraud still abound.

Many of the projects set for the Barra da Tijuca Olympic Park and the Deodoro Sports Complex never got off the paper, said Councilor Felipe Michel (Progressistas Party), the president of the Rio de Janeiro Sports Commission.

“The facilities are abandoned because the municipality did not do any post-Olympiad planning,” Michel said.

“When we talk about [architectural] ‘legacy,’ we are not only talking about physical spaces but also about post-Olympic planning, from simple preservation of the space to sports projects,” he said.

“In the Maria Lenk Water Park, the pool was dismantled and [the pieces] of another one were stored in the golf course. What we see [with the Olympics’ architectural legacy] is that it has become an ‘anti-legacy’,” Michel said.

The fate of the Olympic swimming pools is still uncertain, but authorities are considering bringing at least one to Maricá, about 93 miles from Rio de Janeiro.

The councilor said the only Olympic architecture still in use is the golf course.

“What we have as a legacy is a golf course in Barra da Tijuca, west of Rio. Children from municipal schools go to the field, learn to play golf and compete in tournaments,” Michel said.

With almost 248 acres, the golf course has hosted other professional tournaments, including the Brazil Open and the Rio de Janeiro State Open.

The Barra da Tijuca Olympic Park, also called the “Future Arena,” is still inactive. With an area of more than 441,000 square feet, the facility was the venue for the handball tournaments. The government paid $42.5 million to build it and said it would transform the facility into four municipal schools, but the project is just launching.

“Only now the authorities have managed to get it off the paper … but we still don’t know what can be reused from that arena, which is scheduled to receive students in two years,” he said.

Michel also criticized the Metro Line 4 project — connecting the South and West of Rio de Janeiro — which was not completed and pointed out the deterioration of public transport infrastructure, such as the Bus Rapid Transit (BRT).

“The BRT had 400 buses during the Olympic Games, and today only 150 vehicles serve the population. [The fate of this part of the Olympic] legacy remains unresolved and, if we do not demand planning from the responsible parties, [the BRT] will not only be abandoned, but it will end up destroyed,” he said.

Michel says the BRT is in poor condition and overburdened with passengers, even during the pandemic, and that the Veículo Leve sobre Trilhos (VLT), another transport system that operated in the city center during the Olympic Games, did not meet the public’s expectations.

With 31 residential buildings located in a condominium park in Barra da Tijuca, west of Rio, the Olympic Village is also an architectural legacy of the 2016 Games. The site housed thousands of athletes from more than 200 delegations.

“The place is turning into a ‘white elephant’, with unsold apartments and leaking problems, Michel said. “It’s unfortunate.”

The federal government and the municipality of Rio spent, between 2017 and 2020, at least $16 million on construction and infrastructure related to the Brazil Olympics, according to the forms obtained through the Access to Information Law.

Rio de Janeiro Mayor Eduardo Paes (Democrátas) says the city was left with an Olympic legacy similar to that of Barcelona, Spain, host of the 1992 Games.

“We built the [Olympic architecture] in a period of turbulence in the country, while [in the early 1990s] Spain was on the rise. We paid for everything that was built to carry out the Games in 2016. We did not leave debts to the municipality and managed to finish everything on time and correctly. Compared with stadiums around the world, we did simple things, with a lot of private money, without large investments of public money,” the mayor said.

Paes said having the VLT operate in the city center, revitalizing Porto Maravilha’s port and expanding the metro line were all part of the Olympics’ legacy.

He blames then-Mayor Marcelo Crivella (Republicanos Party) for the lack of preservation of the Olympic facilities. Crivella was in charge of the city from 2017 to 2020 and, according to Paes, he “left everything abandoned.” Paes was Rio de Janeiro’s mayor from 2009 to 2017. He ran for governor of Rio in 2018 but lost the election and became mayor again for the 2021–2024 term.

Paes said the bidding process for taking down the Future Arena and Aquatics Center is underway to build the four-school project. “I can anticipate that I will bring the private sector, and I will make the park economically sustainable.”

A federal court indicted Paes for passive corruption, bid fraud, and ideological falsehood in March 2020. He is accused of diverting almost 120 million reais ($23 million) from a total budget of 647 million reais ($124 million) for the Deodoro Complex’s construction bid, per the complaint.

Paes refuted the accusations by email. “At no time has the Federal Public Ministry accused me of receiving money, … from anyone. I have never favored or demanded compensation from anyone in my term as mayor. Several testimonies that the largest construction companies in the country have given to the Public Ministry bear witness to this fact. … I continue to trust the justice of my country.”

At the request of the Federal Public Ministry, police agents detained the president of the Brazilian Olympic Committee, Carlos Arthur Nuzman, and his right hand, former marketing director Leonardo Gryner, in Rio de Janeiro on Oct. 5, 2017.

The arrests were part of the so-called “Operation Unfair Play,” which aimed to investigate vote-buying for choosing the city of Rio de Janeiro as the Olympic host. A request from the French Public Ministry at the end of 2016 prompted the operation after a two-year-old investigation discovered that some athletes had failed the anti-doping tests. Brazil’s Federal Police, in conjunction with the Federal Public Ministry, conducted the operation.

“The working group denounced several acts of corruption related to [architectural] works made for the Olympics,” said Fabiane Schneider, the prosecutor of the Rio de Janeiro’s Federal Public Ministry. “[It also pointed out] the purchase of votes for the host city, carried out by Rio de Janeiro’s public and private agents.”

Rio de Janeiro’s former governor, Sérgio Cabral, was arrested in 2016 for crimes including corruption, conspiracy and money laundering. The Federal Public Ministry denounced him for buying votes from the International Olympic Committee to choose Rio de Janeiro as the host for the 2016 Olympic Games. But Cabral has not yet been prosecuted.