Overjoyed couple learn that the stone was found near a checkpoint metal detector and an X-ray machine. 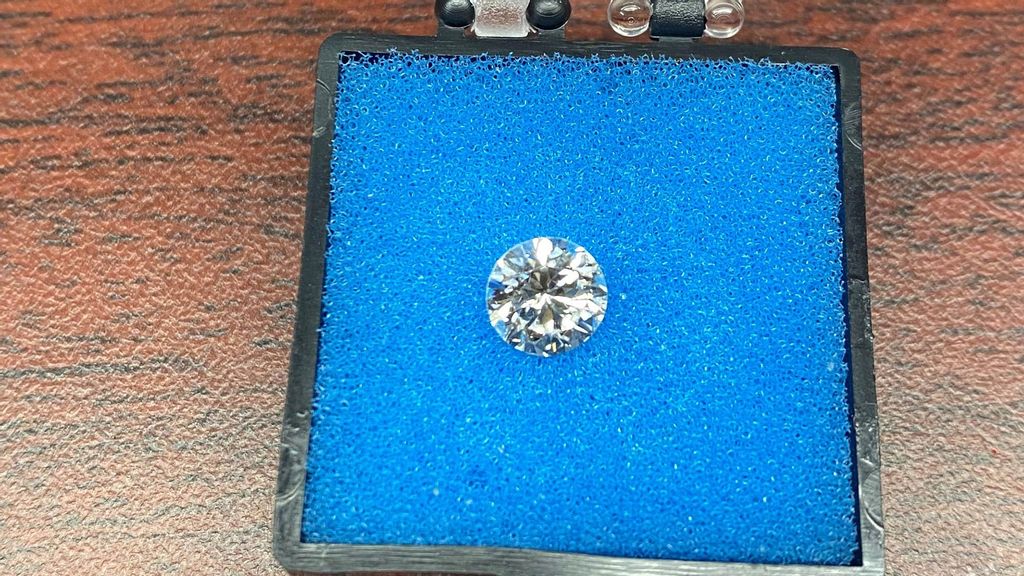 The missing diamond that was recovered by a TSA officer at JFK International Airport in New York and later returned to the traveling honeymooners. (TSA/Zenger)

Amir Khan Durranis and his wife, Madison, had just gone through the Transportation Security Administration (TSA) checkpoint in Terminal 7 when Durranis’ wife realized the diamond was missing.

The couple was about to go on their honeymoon in Guam last month. The trip had been delayed, due to the coronavirus pandemic.

“My wife was crying hysterically as we did not know what happened, nor did we know how to approach the situation,” Durranis wrote in an email to the TSA, according to a TSA statement.

He alerted TSA officers to the situation.

“Everyone was extremely kind and helped me as much as they could to locate the lost diamond,” Durranis said. “I told them that I knew this was not their job,” but they still helped look for the diamond.

The couple sent the TSA a photograph of the missing gem, and it matched the diamond that had been found at the checkpoint.

“Lead TSA Officer John Killian returned from a break about five hours after the diamond was reported missing. He was standing at the TSA supervisory podium when he glanced toward the checkpoint line to get a sense of how busy it was,” said a TSA statement.

Killian stated: “That’s when I spotted the sparkle and thought to myself, ‘no way that could really be it.’ I walked over and picked it up.”

The diamond was found on the floor between a metal detector and an X-ray machine.

“The shine caught my eye,” Killian said. “I was like, ‘wow, I just found this diamond!”

In his email thanking the TSA team, Durranis said: “Our trip went from a chaotic moment to one at peace.

“I want to mention deep down in my heart that this moment put us in relief. I hope everyone understands how much this meant to my wife and me.

“Thank you so much to all the staff present and especially to officer John Killian,” Durranis wrote. “I might not ever meet you, but you had an impact on us at that moment, and I will never forget it. I wish you all the best for your efforts and honesty.”

When the Durranises returned from their trip, they contacted TSA Manager Mishane Henry, who said: “Before I handed over the diamond, I asked them to show me the ring to make sure I could confirm handing it over to the right couple.”

John Bambury, TSA’s federal security director at the airport, said: “This is a fine example of the integrity of our workforce here at JFK Airport.

“I know that it is always rewarding when our team is able to reunite a passenger with something they have left behind or lost at the checkpoint,” he said. “We frequently return a jacket, a Teddy bear or a set of keys that have been left at one of our checkpoints. But returning a lost diamond will be one we will always remember.”