Bollywood actress celebrated her 39th birthday in London as she continues to shoot for her upcoming web series ‘Citadel.’ 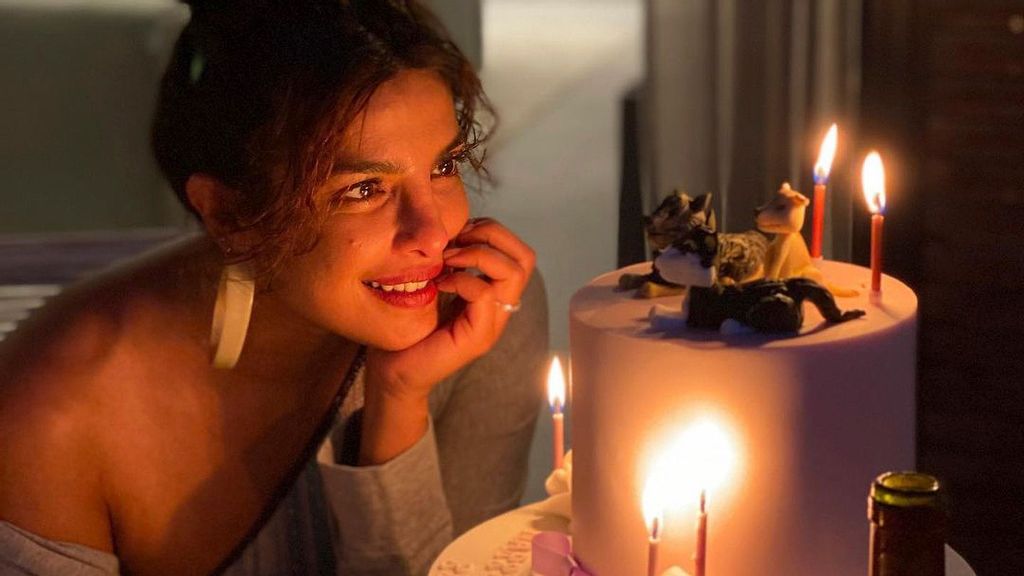 Priyanka Chopra treated fans with glimpses of her "quiet birthday" celebrations, thanking them and her husband Nick Jonas for making her day special. (@priyankachopra/Instagra)

MUMBAI, India — A day after celebrating her birthday, actress Priyanka Chopra treated fans with glimpses of her “quiet birthday” celebrations, thanking them and her husband Nick Jonas for making her day special.

Taking to her Instagram handle, the 39-year-old shared a series of pictures of herself celebrating her special day in London.

“Photo Dump. Thank you to everyone who sent me so much love and affection this birthday,” the “Fashion” star captioned the post.

Continuing with her note of gratitude, Chopra shared a lesson she had learned from life as she stepped into the next year.

“This was a quiet birthday, but the lesson I have learnt as I step into the next year is every day is a joy (sic),” the former Miss World wrote.

“And I will always seek it. Thank you to for all your good wishes and constant support. Thank you, @nickjonas, for making this bday so special even tho you weren’t here. Thx @cavanaughjames @divya_jyoti @tialouwho for being my bday weekend buddies (sic)!”

Celebrity followers, including Katrina Kaif and more than one billion fans, liked the post within a few hours of it being posted, while many left comments.

A day ago, Chopra’s husband and singer Nick Jonas marked his wife’s birthday on his Instagram handle by sharing two pictures of the “Bajirao Mastani” star.

One of the pictures showed Chopra dressed in a white and pink sari as she posed for the camera, while another one featured Chopra as a child, but that too saw her draped in a pink and white sari.

“Happy birthday, my love. You deserve all the happiness in the world. Today and every day. I love you,” Jonas captioned his post.

Recently, the duo also celebrated their third wedding anniversary. Chopra shared a picture of them holding hands and penned down a heartfelt note.

“My everything.. 3 years today. Seems like a blink and a lifetime at the same time. I love you (sic),” she captioned the photo.

Jonas proposed to Chopra in July 2018, and the power couple got married in Dec 2018 at the Umaid Bhawan Palace in Jodhpur, India.

Chopra is currently in London to shoot her upcoming web series “Citadel,” which is being directed by the Russo Brothers.

She has finished shooting for various films and shows, including “The Matrix 4,” “Text For You,” a romantic comedy movie with Mindy Kaling, and a reality show with Jonas.