Popcorn With Zenger: ‘Midnight In The Switchgrass’ Is Too Dry To Hit Paydirt

A solid performance from Megan Fox can’t save this poorly written, emotionless film. 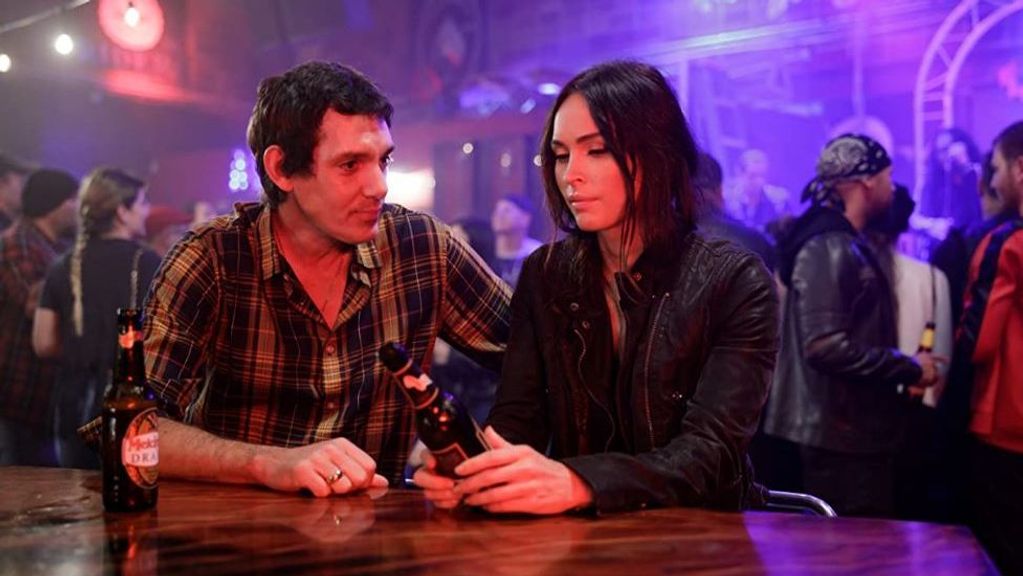 Lukas Haas and Megan Fox in “Midnight in the Switchgrass.” (Lionsgate)

When it comes to re-creating what Hollywood used to be, small-budget video-on-demand movies are the last remnants of the old-school system. Movies that aren’t made for international giants or corporate marketing campaigns but for the average domestic viewer.

These films can be hit or miss, however, which brings us to “Midnight in the Switchgrass.” Megan Fox and Bruce Willis have both adjusted to life as VOD actors over the last few years, and they come together for a crime thriller about the evils of sex trafficking. “Midnight in the Switchgrass” has enough big-name talent to bring in the casual viewer, but it is too dry in its storytelling and acting to be a decent VOD rental.

The Story: Set in the Florida Panhandle, the film follows FBI agents Karl Helter (Willis) and Rebecca Lombardo (Fox) when they cross paths with state police officer Byron Crawford (Emile Hirsch), who’s investigating a string of murders that appear to be related.

Despite the pattern of girls getting abducted by a mysterious trucker with the same M.O., there isn’t much attention being paid by law enforcement or the media. Lombardo takes the case personally and decides to team up with Crawford for an undercover sting to find the killer who has murdered dozens of young women. But the plan goes wrong and puts Lombardo in danger, pitting Crawford against a serial killer in a twisted game of cat and mouse, and time is not on his side.

Bright Spots: Fox has been working hard to update her reputation from sex symbol to solid actress with recent releases such as “Rogue” and “Till Death.” Fox’s performance is anything but perfect, but she does prove to be an asset along with co-star Hirsch. The story is a three-way thriller between the killer, the cop and the hunted, and this dynamic is strongest in the final 30 minutes, which saves the film. The best actor is Lukas Haas as Peter, who doesn’t get the screen time he deserves because he is the only actor who took his role seriously enough to make it enjoyable.

Weak Spots: “Midnight in the Switchgrass” is devoid of the emotion and character needed to make it work. The acting ranges from amateur to despondent to forced. Willis is there to sell interest in the movie, but he is barely involved in the plot and disappears before he ever finds his footing. While he was used to sell the movie, it would have been better off removing him and his arc altogether.

“Switchgrass” lives and dies on Fox’s performance, and there are times when you don’t buy her in the role as a hardened cop. Fox at times tries too hard t in a role that doesn’t quite gel early on, but she does begin to settle into the role as the film picks up.

Director Randall Emmett has been involved in the production of dozens of VOD movies and “Midnight in the Switchgrass” is his directorial debut, which is bumpy at best. Emmett does a good job moving the story when it is already in motion, but it is so emotionless, he is almost fighting a losing battle trying to hook people into the story in the first place. Alan Horsnail’s screenplay is full of brutal but generic lines and interactions.

The Takeaway: “Midnight in the Switchgrass” is too dry to engage audiences. The acting gets better as the movie goes on, but it is in desperate need of polishing to keep viewers invested for more than the first 30 minutes.

See or Skip: A decent performance from Fox comes in a film that is poorly written and feels as low-budget as it is.