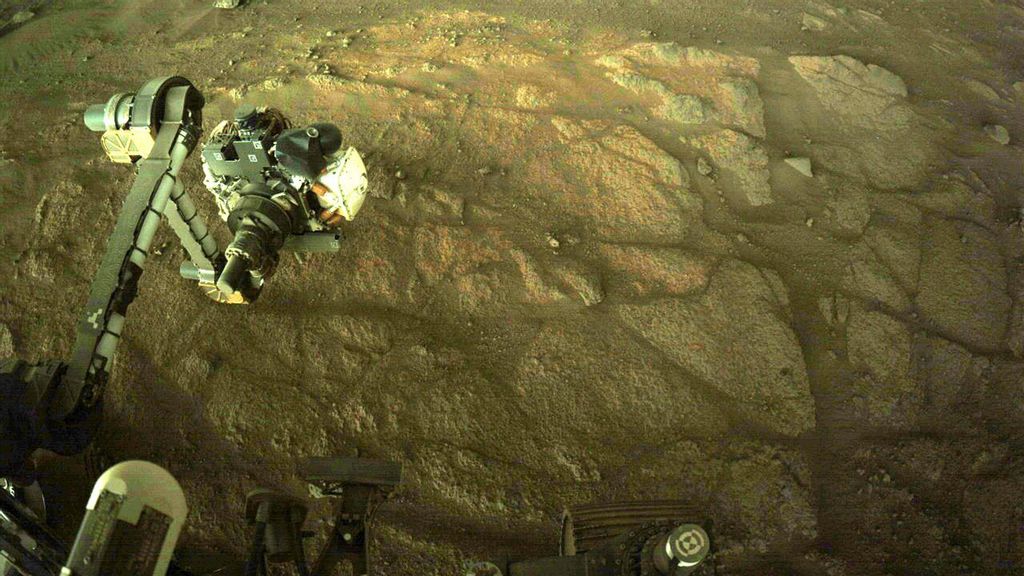 WASHINGTON — The space rover sent by the National Aeronautics and Space Administration (NASA), United States’ independent agency on space program and research, will soon start the collection of its first-ever sample of rocks from the planet Mars.

The rover, Perseverance Mars rover, is searching for a scientifically interesting target in a part of Jezero Crater, a space shuttle landing site on Mars, called the “Cratered Floor Fractured Rough.”

The rock will be sent to Earth through more advanced operations, NASA said in a press release.

“Up ahead: The target spot where I plan to collect my first-ever sample of Martian rock. I have everything I need with me to get the job done. First is to collect detailed, close-up science of the rock then comes the coring,” the Twitter handle of Perseverence Rover said in a tweet.

This important mission milestone is expected to begin within the next two weeks. Perseverance landed in Jezero Crater on February 18, and NASA kicked off the rover mission’s science phase on June 1, exploring a 1.5-square-mile (4-square-kilometer) patch of crater floor that may contain Jezero’s deepest and most ancient layers of exposed bedrock.

“When Neil Armstrong took the first sample from the Sea of Tranquility 52 years ago, he began a process that would rewrite what humanity knew about the Moon,” said Thomas Zurbuchen, Associate Administrator for Science at NASA Headquarters.

“I have every expectation that Perseverance’s first sample from Jezero Crater, and those that come after, will do the same for Mars. We are on the threshold of a new era of planetary science and discovery.”

It took Armstrong 3 minutes and 35 seconds to collect that first Moon sample. Perseverance will require about 11 days to complete its first sampling, as it must receive its instructions from hundreds of millions of miles away while relying on the most complex and capable, as well as the cleanest, mechanism ever to be sent into space — the Sampling and Caching System.

The sampling sequence begins with the rover placing everything necessary for sampling within reach of its 7-foot (2-meter) long robotic arm. It will then perform an imagery survey, so NASA’s science team can determine the exact location for taking the first sample, and a separate target site in the same area for “proximity science.”

“The idea is to get valuable data on the rock we are about to sample by finding its geologic twin and performing detailed in-situ analysis,” said science campaign co-lead Vivian Sun, from NASA’s Jet Propulsion Laboratory in Southern California.

“On the geologic double, first we use an abrading bit to scrape off the top layers of rock and dust to expose fresh, unweathered surfaces, blow it clean with our Gas Dust Removal Tool, and then get up close and personal with our turret-mounted proximity science instruments SHERLOC, PIXL, and WATSON.”

Perseverance’s SuperCam and Mastcam-Z instruments, both located on the rover’s mast, will also participate. While SuperCam fires its laser at the abraded surface, spectroscopically measuring the resulting plume and collecting other data, Mastcam-Z will capture high-resolution imagery, as per the press release.

“Not every sample Perseverance is collecting will be done in the quest for ancient life, and we don’t expect this first sample to provide definitive proof one way or the other,” said Perseverance project scientist Ken Farley.

“While the rocks located in this geologic unit are not great time capsules for organics, we believe they have been around since the formation of Jezero Crater and incredibly valuable to fill gaps in our geologic understanding of this region — things we’ll desperately need to know if we find life once existed on Mars.”

The Mars 2020 Perseverance mission is part of NASA’s Moon to Mars exploration approach, which includes Artemis missions to the Moon that will help prepare for human exploration of the Red Planet.