Firefighters returned the embarrassed sneak thief to the wild after rescuing him from a family’s kitchen. 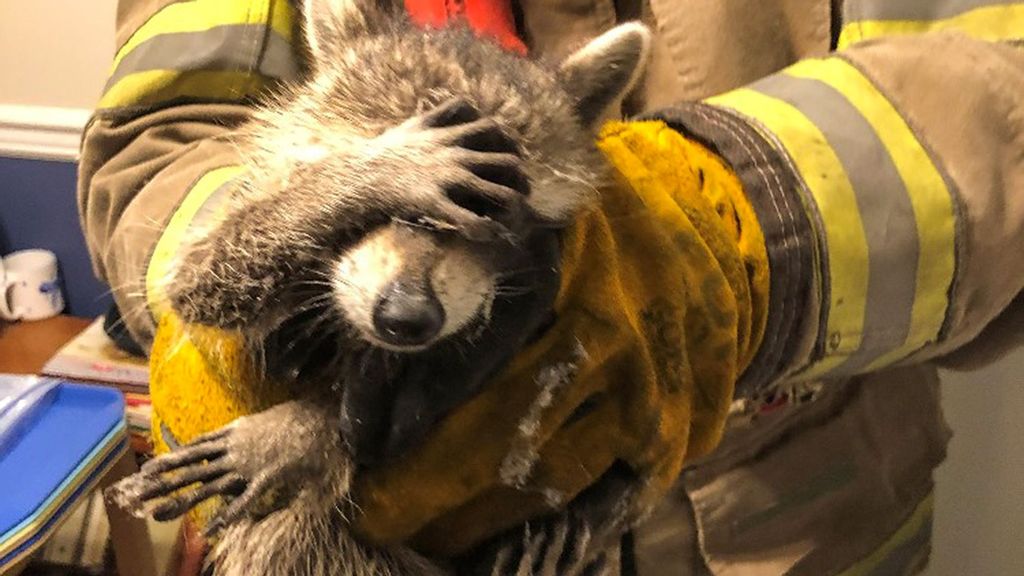 An ‘embarrassed’ raccoon was rescued from behind a woman's refrigerator by firefighters in Dalton, Georgia.  (@CityOfDaltonFireDepartment/Zenger)

U.S. firefighters rescued an “embarrassed” raccoon that hid its face every time it was picked up after being caught raiding a woman’s refrigerator.

The amusing snap was taken in a woman’s home in Dalton, Georgia, on July 12, after firefighters rescued the curious chap from behind her fridge.

“You never know what the day is going to hold when you show up for your shift as a firefighter,” the City of Dalton Fire Department said in a Facebook post. “Sure, there may be the occasional cat needing to be rescued from a tree, but a raccoon? That’s a new one!”

The fire department’s post garnered over 1500 likes and 243 comments. Many commenters speculated that the raccoon may have been shielding its eyes from the bright light.

The resident called the fire department to report hearing strange noises coming from behind her fridge.

When firefighters arrived on the scene, they shined a light behind the fridge and saw two shiny eyes staring back at them.

With the intruder cornered, it did not take firefighters long to capture the furry fellow.

While firefighters were securing the animal, the woman noticed that it covered its little face every time it was picked up.

Before the fire crew released the raccoon back into the wild, she took a photo of it appearing “embarrassed” at having been caught.

“As you can tell, he was pretty embarrassed about it, but it’s really nothing to be ashamed of,” the fire department said. “We all need a helping hand every now and then.”

“After helping our new friend out of the jam, we were able to take him to safely release him back into the wild where he’ll hopefully be less adventurous in his search for snacks from now on,” the department said.

Human-raccoon conflicts are common throughout the state of Georgia, and mostly occur when raccoons raid garbage cans and other outdoor sources of food, according to the Georgia Department of Natural Resources.

Because relocated raccoons “often exhibit poor survival in new areas,” the Georgia Department of Natural Resources recommends dealing with “nuisance raccoons” by contracting a special nuisance trapper through their department.

As raccoons can also spread rabies, calling animal control professionals is the safest option when the scrappy critters attempt to nest inside houses. Raccoons accounted for the second highest number of rabies cases in 2018 after bats, according to the most recent data from the Centers for Disease Control and Prevention.