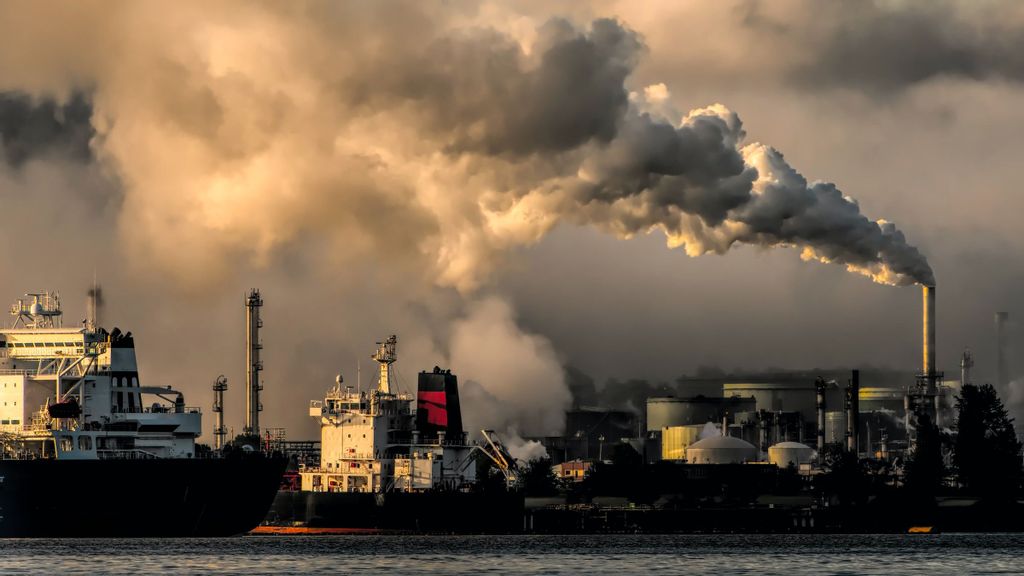 A bipartisan Senate committee has advanced a bill that would invest $100 billion in a broad range of energry initiatives, including carbon capture and storage. (@chrisleboutillier/Unsplash)

The infrastructure bill cleared the Senate Energy and Natural Resources Committee, chaired by Sen. Joe Manchin (D-W.Va.), on July 14. It would invest $100 billion in a broad range of energy technologies and initiatives.

“If the world wants less carbon in the atmosphere while preserving jobs, the answer is sequestering carbon,” said Sen. Bill Cassidy (R-La.), co-sponsor of the carbon capture bill with Sen. Chris Coons (D-Del.).

“This bill represents the largest government investment in CCUS infrastructure in U.S. history,” a press release from Cassidy’s office states.

“If passed and signed into law, the SCALE Act will help develop CCUS infrastructure as a critical means of reducing emissions of CO2 — or carbon dioxide, a greenhouse gas — while creating regional economic opportunities and thousands of jobs. ” Coons said in a press release.

Carbon dioxide gas captured from fossil fuel emissions can be stored in underground geologic formations — primarily saline formations — or depleted or nearly depleted oil and gas reservoirs, and coal seams, according to the Environmental Protection Agency.

“Carbon capture, transport and storage via geological sequestration from stationary sources of CO2 (such as refineries, and coal-fired electric, ethanol, cement and fertilizer plants) could allow continued use of fossil fuels in a manner that greatly reduces CO2 emissions until alternative energy sources are deployed on a large scale in the coming decades,” the EPA states.

Some environmental groups vigorously oppose carbon capture. They say it is only partly effective and will encourage more fossil fuel use over longer periods. In March, 300 environmental organizations, led by Friends of the Earth, wrote to members of Congress urging them not to support “false solutions” for the energy transition.

“Technological carbon capture applied to high-emitting sources like petrochemical or fossil fuel power plants acts as a license to continuing polluting,” the letter said. “The technology does not eliminate source emissions; even if it worked perfectly, it would at best reduce them. But the benefit of these emission reductions is undermined by the additional emissions generated from the CCS process itself.”

The nonprofit National Resources Defense Council, which advocates to “ensure the rights of all people to the air, the water, and the wild,” has supported carbon capture technology as a bridge for the energy transition.

Carbon capture storage, “is a way to capture carbon dioxide pollution that would otherwise be emitted by the fossil-fueled power plants and industries we still have, and permanently bury that pollution underground,” the NRDC states.

“The scale and urgency of climate change demand that we also do everything possible to cut the dangerous carbon pollution from any fossil fuels that are used,” the NRDC posted in 2018.

Ernest Moniz, former Energy Secretary in the Obama administration and now president and CEO of the nonprofit Energy Futures Initiative, is promoting a plan the group developed with the AFL-CIO and other labor groups.

The plan, “Building to Net Zero,” forecasts that a carbon capture and storage network could prevent a gigaton of emissions of carbon dioxide annually, the equivalent of taking 200 million cars off the road.

Referring to Biden’s greenhouse gas reduction goal, Moniz said, “Boy do we need to ramp things up. We need to pick up the pace.,”

The U.S. Department of Energy last September invested $72 million in carbon capture technologies. In May this year, the agency put about $4 million toward four research and development projects “to design new methods to identify and reduce the risk of seismic disruptions and CO2 leakage in underground carbon dioxide storage facilities.”

“We’ve got strong champions from the left and from the right and from the center on carbon capture,” said David Turk, Deputy Secretary of Energy, during an event in June hosted by the Energy Futures Initiative.

The gulf coasts of Texas and Louisiana are the prime areas for development with 171 gigatons of CO2 storage available, the Energy Futures Initiative plan states. Wyoming and the Ohio River Valley also have geological areas that are ideal for CO2 storage, it says.

Other areas with significant storage capacity include Alaska and the Rocky Mountains-Northern Great Plains, according to the  U.S. Geological Survey.

A July 2021 study by the University of Texas-Austin supports the carbon storage potential of the Texas and Louisiana coasts, citing the region’s high concentration of industry and unique offshore geology.

“This is a viable way to reduce emissions in the near term,” he said. “It’s feasible and has a reasonable economic structure that can support, retain and create jobs.”

A natural gas provider based in Louisiana is one of the companies eyeing the potential of carbon capture and storage. Venture Global LNG, which exports liquefied natural gas overseas, is exploring ways to capture and store the CO2 it emits as part of its process.

“We don’t need new technology or funds; we’ll be able to do it as soon as the permitting  process allows us,” Michael Sabel, the company’s founder and CEO, told a recent Reuters Global Energy Transition conference. He said the company’s plans would result in capturing CO2 equal to the emissions of 12 million cars.

At the same conference, Mike Train, chief sustainability officer at Emerson, an industrial solutions firm, said underground storage of hydrogen would also be a critical aspect of the energy transition, along with carbon capture and storage.

“My geology friends still have a big role to play looking for holes, whether that’s to store hydrogen or ultimately for carbon capture and sequestration. Those are big-use cases,” Train said.