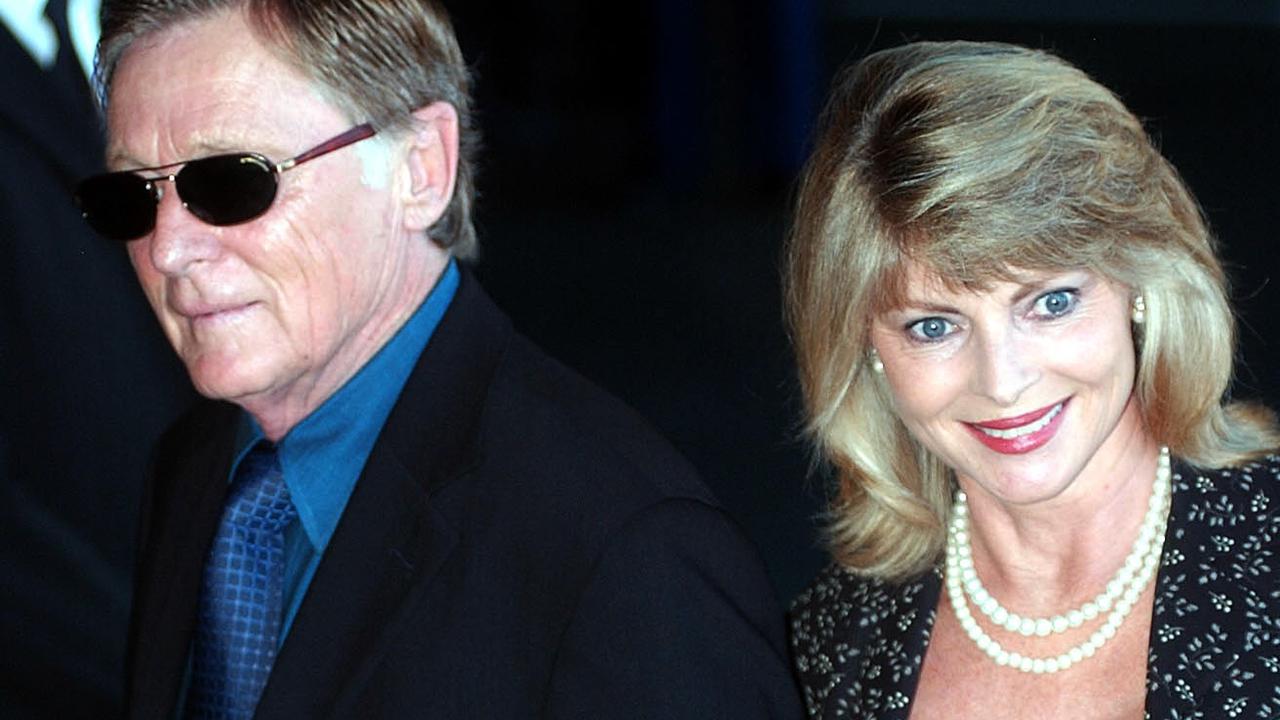 Cornell was surrounded by his family, including his wife and television personality Delvene Delaney and children, when he died aged 80 at his home in the southeastern Australian city, Byron Bay, in New South Wales.

In a statement, his family paid tribute to the “true egalitarian.”

“A classic Australian character, John Cornell made the lives he touched much richer, not only through donations, but also through his generosity of spirit, humor, humility, and honor,” they said.

“John sought equity and equality and fought for a fair go.”

Cornell is best remembered for playing the simpleton Strop opposite his real-life mate Paul Hogan, but off-screen, he was smart enough to be Hogan’s manager, help mastermind Kerry Packer’s World Series Cricket, and produce the Crocodile Dundee films.

Born in Kalgoorlie, Western Australia, on Feb 2, 1941, Cornell spent most of his childhood in Bunbury. After leaving school, he enrolled in study pharmacy but went on to become a cadet journalist on a reputed Australian news channel.

He worked for the paper in London before returning to Australia and becoming a Nine Network’s A Current Affair producer. During that time, Cornell met his lifelong friend and collaborator, Hogan.

“I saw talent in Hogan immediately,” said Cornell back in 1986.

“I was struck by his originality. I happen to think he’s the most talented entertainer that this country’s had; he’s the sort of equivalent to an all-rounder in cricket.”

Cornell became Hogan’s manager. When Hogan was given his own show in 1973, Cornell played Strop, the dim-witted flatmate with the perennial surf lifesaving cap and jutting jaw.

That prompted Cornell to pitch the idea of a new cricket league, funded by commercial television broadcasts, to Nine boss Kerry Packer.

In 1977, Cornell’s JP Promotions and Nine signed 35 top cricketers to play in a series of six “super-Tests” between Australia and the Rest of the World.

“The public will see the best cricket ever witnessed, and the players themselves think the ideas will be a tremendous boost to the game,” said Cornell in May 1977.

Cornell, who had been married twice before, wed The Paul Hogan’s Show’s resident beauty, Delaney, on New Year’s Eve 1977.

However, Strop’s role was fading, and in 1980 Cornell and Hogan announced an “amicable agreement” by which Cornell would leave The Paul Hogan Show, although the pair would continue to work closely off-screen.

Cornell and Delaney later moved to Byron Bay, on the New South Wales north coast, helping to establish it as a Mecca for the rich and famous.

In 1984, Cornell helped negotiate a deal with the Australian Tourism Commission for Hogan to star in the hugely successful “shrimp on the Barbie” advertisements to promote Australia in the US and elsewhere.

The advertisements helped build Hogan’s international profile. Then in 1986 came the blockbuster hit, Crocodile Dundee, directed by Peter Faiman. Cornell was the producer and one of the screenwriters.

The AU$8.8 million ($6.49 million) budget was large for an Australian film at the time, but several hundred mates of Cornell and Hogan, including Kerry Packer and cricketers Dennis Lillee, Greg Chappell, and Rod Marsh, put up the cash.

Cornell and Hogan were the biggest individual investors, although Cornell acknowledged “rule number one in movies is never to invest in your own movie.”

Cornell accurately predicted that before the film was released, “Crocodile Dundee will be a huge success and will outgross every other Australian movie ever made.”

In the month before its US release in October 1986, Hogan and Cornell did more than 300 promotional interviews in a month.

Crocodile Dundee became the second-highest-grossing release in the US that year, after Top Gun. Cornell, Hogan, and Ken Shadie received an Academy Award nomination for Best Original Screenplay.

Part of Crocodile Dundee’s success rested on its lack of sex and violence. Cornell said he wanted to produce a feel-good film “that would appeal to males and females from six to 65”.

“I can please myself. I don’t have to answer anyone. I have freedom.”

Two successful sequels followed, but they did not hit the heights of the original.

In 1990, Cornell was the best man when Hogan married Linda Kozlowski, his Crocodile Dundee co-star, in Byron Bay.

The same year Cornell and Delaney built the Byron Bay Beach Hotel Resort, which they sold in 2007 for AU$65 million ($47.91 million).

Cornell’s company bought the Hotel Brunswick, at nearby Brunswick Heads, in 1990. In 2013 his friend, TV executive David Gyngell, bought a half-share for AU$5.25 million ($3.87 million).

The Australian Taxation Office and the Australian Crime Commission began investigating Hogan and Cornell for alleged tax evasion in 2004, chasing the pair for AU$150 million ($110 million) in allegedly unpaid taxes dating from the 1980s.

The Australian Crime Commission dropped its investigation in 2010, and Cornell and Hogan settled their dispute with the Australian Taxation Office in 2012.

Cornell, who was diagnosed with Parkinson’s disease in his 60s, began having a treatment known as deep-brain stimulation in 2009.

He claimed in 2010 that he was able to walk up to two kilometers and felt like “a magic wand had been waved over me.”

Cornell and Delaney had two daughters, Allira and Liana. Cornell also had a daughter, Melissa, from an earlier marriage.