Western Australia’s decision to reintroduce a hard border to South Australia means a majority of Australians will be locked out. 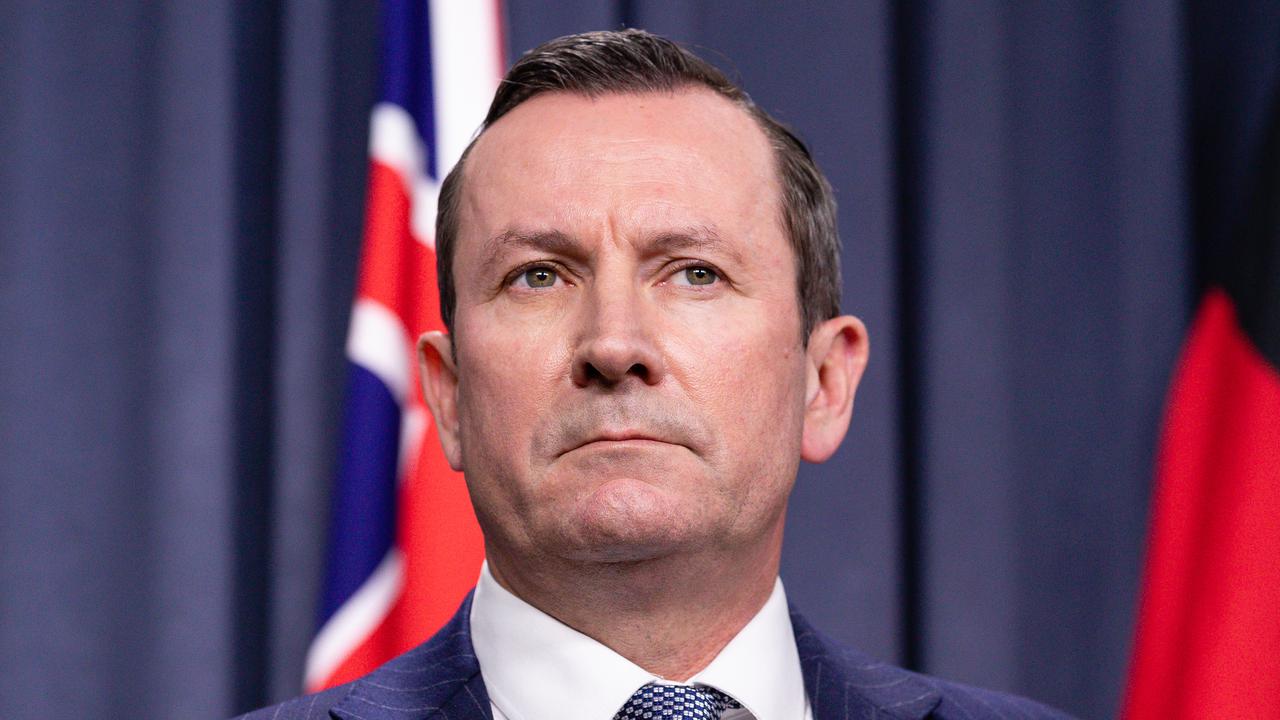 "We're going to do everything we can to keep (the virus) out," Premier Mark McGowan says. (Richard Wainwright/AAP Image)

PERTH, Australia — Western Australia will close its border to South Australia and expand its coronavirus vaccination rollout, which is the worst-performing in the nation.

Premier Mark McGowan said the hard border will come into effect from midday on July 22, locking out any travelers who do not have an exemption.

Western Australia has already closed its borders to New South Wales, Victoria, and Queensland as the eastern states deal with outbreaks of the highly transmissible Delta variant.

“The whole country bar here, Tasmania and the Northern Territory have cases in the community,” said McGowan. “It is a very worrying time, and we’re going to do everything we can to keep it out.”

A flight from South Australia’s coastal capital, Adelaide, carrying 87 passengers, was due to arrive in the capital of Western Australia, Perth, later on, July 22, after the hard border comes into effect. About 12 percent of West Australians aged 16 and over have received their first vaccine dose, the lowest rate of any state or territory.

With Western Australia now having received additional supplies of the Pfizer vaccine from the Commonwealth, McGowan has announced that a further 10,000 vaccination bookings per week will become available from the end of July.

A new mass vaccination clinic will open at the Perth Convention Center from August 16, while another will open in Midland in Perth’s east from September to replace the Redcliffe clinic.

Two new regional clinics will open in Busselton and Manjimup. Western Australia will also trial a walk-in program for people to receive their first doses at the Claremont Showgrounds during September’s Perth Royal Show.

“Our aim is to make vaccination as accessible as possible for those who haven’t yet had their first dose,” McGowan said. People aged in their 30s are encouraged to register their interests but cannot make appointments.

It is hoped Western Australia will have sufficient supplies of the Pfizer vaccine to open up bookings to anyone aged over 16 by September.

The state government wants 80 percent of eligible adults to have their first dose by the end of the year. McGowan said Western Australia’s isolation had shielded it from the worst of the pandemic, which may have made some people complacent about getting vaccinated.

“I understand some people might be hesitant … but the threat is real,” he said. “Look at most of the nation now under lockdown.”

Almost 80 percent of over-70s have received at least one dose of a coronavirus vaccine, and about a third are fully vaccinated. The premier has urged the federal government to improve the rollout in aged care, saying the vaccination rate was high for elderly residents but lagging for workers.

Western Australia recorded no new cases on July 22. There are 15 active cases, including 10 crew members of the BBC California vessel docked in Fremantle.