VIDEO: Ala. Councilman’s Racial Slur Was ‘Orchestrated’ Plot To Harm Him, Says Mayor 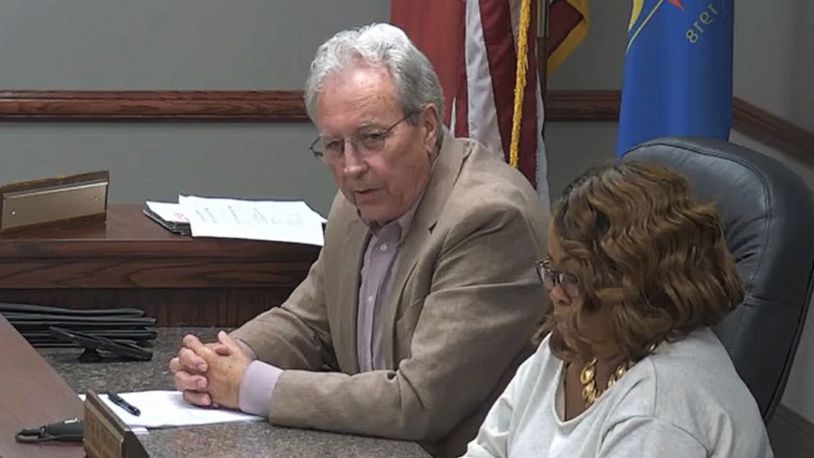 TARRANT, Ala. — As a white city councilman in an Alabama town faces outrage for directing a racial slur at a black city councilwoman, the town’s mayor says the episode was a calculated political stunt meant to harm him.

Video footage of the July 19 town meeting in Tarrant, Alabama, a suburb of Birmingham, rocketed across the U.S. at the speed of Twitter, drawing demands for John “Tommy” Bryant’s resignation.

Interviews and Internet messages reviewed by Zenger reveal a power struggle with Bryant and his wife, who are white, battling black first-term mayor Wayman A. Newton, who has become a disruptive force in one corner of the Deep South. The fight in this majority-black town of about 6,200 has an unusual complication: Newton says Bryant and Veronica Bandy Freeman, the councilwoman he smeared, often work together to thwart his proposals.

Bryant was caught on video during a hearing Monday night, pointing to a black councilwoman and asking, “Do we have a house n*****r in here?” He later said he was trying to draw attention to Newton’s use of the phrase, which typically refers to a black American who chooses to be subservient to white people.

Newton denies using the phrase but says he was targeted for being critical of a fellow black politician who has fought him on vote after vote. Newton and Bryant are both Republicans. City council elections in Tarrant are non-partisan and party affiliation is not required, according to Newton.

Bryant’s wife Nancy Mahler Bryant claimed in a Facebook post before Monday’s hearing that Newton started the racial fireworks by using the slur to berate Freeman. Mrs. Bryant said Freeman sided with the white city council faction and opposed Newton’s move to fire a private garbage collection firm and bring that work under the town’s control.

“He [Newton] called another council member a house n*****r because she did not want to vote with him,” Mrs. Bryant wrote on Facebook. She initially wrote the word “bigger” but later corrected her typo, spelling out the two-word racial slur, the post’s version history shows. Mrs. Bryant later deleted her comment, but Newton read it aloud during Monday’s town meeting.

“He hollered ‘f-you’ multiple times to all the council members when they did not agree with him for independent garbage service,” Mrs. Bryant wrote. “He has demeaned, harassed and slandered two council members to the point of having the police called on him and police reports filed.”

Newton told Zenger he hasn’t verbally abused anyone. “It’s not true,” he told Zenger. “The one time I actually made a point of being verbal was when he [Mr. Bryant] called me ‘boy.’”

Freeman called Bryant’s words “unconscionable racial discrimination and harassment,” in a statement issued through her attorney. She is one of two black members of the Tarrant City Council. The other, Tracie B. Threadford, sent Zenger a screen capture of Mrs. Bryant’s Facebook post.

“He’s got to go,” Threadford said of Bryant. She said, too, that Mrs. Bryant is openly racist, “calling us ‘the blacks’ and using the n-word.” She declined to reveal her party affiliation.

Bryant is defiant, denying he’s a bigot and telling local reporters that he may run for mayor against Newton.

Democrats and their allies are calling for Bryant to step down. “He is a racist and unfit to serve,” Alabama Democrats Executive Director Wade F. Perry said in a statement that called him and two other Republicans “embarrassments to Alabama.”

“THIS MAN HAS TO GO!” the Alabama state conference of the National Association for the Advancement of Colored People said in a statement. “We are fed up with the way he feels emboldened to spew his racist hate in the public.”

In a statement, Alabama Republican Party Chairman John Wahl did not say whether Bryant should resign, but called his language a “racially charged outburst” that “is completely unacceptable in any setting.”

Wahl praised Newton as a member of the GOP and said the party “deeply appreciate[s] his commitment to serving his constituents honorably, even in the face of adversity.”

The Republican National Committee did not respond to repeated requests for comment.

Newton accused Freeman and Bryant of coordinating a clumsy political attack against him that was rooted in politics, not race. “I’ve had ongoing battles with Bryant that have also included Freeman,” he said. “Together, they’ve undermined everything I’ve tried to do. They’ve been hand-in-hand for some time, voting together on practically everything.”

He said he received written notification on July 15, four days before Bryant used the racial slur in public, that Freeman would file an Equal Employment Opportunity Commission complaint against him and the city for racial discrimination.

“The timing is peculiar. I believe it was all orchestrated,” Newton said. “It was a political strategy poorly executed.”

Newton is seated next to Freeman in the video. He questioned the sincerity of her tearful exit from the council chambers, saying that she wasn’t crying when Bryant used the racial slur.

“She didn’t even start crying until I started reading the Facebook post from Bryant’s wife,” he said.

Newton’s first-term agenda includes initiatives to attract businesses to a city known mainly for producing foundry coke, a coal byproduct that’s burned to melt iron. He said Bryant and Freeman, along with two other council members, have thwarted him at every turn.

“I once tried to hire a consultant with extensive experience helping small municipalities identify economic development and brownfield development opportunities,” he said. “They refused to even listen to him.”

Newton did win a battle of wills by introducing and passing an anti-nepotism bill.

“We had a case where a father was the direct supervisor of two sons, and I wanted to ensure that city hiring and promotion practices were based on merit,” he said. “But, every time I introduced the bill, it was DOA [dead on arrival] with Freeman and Bryant and the rest of the council. It wasn’t until I threatened to add the bill to every council agenda did they finally vote for its approval.”

Threadford said Newton is right about the other council members’ obstructionism. But she blames racism, not politics, for a series of impasses.

“The fact is that Tarrant wants to change, but not through a black man,” she said. “This is buffoonery at its finest.”