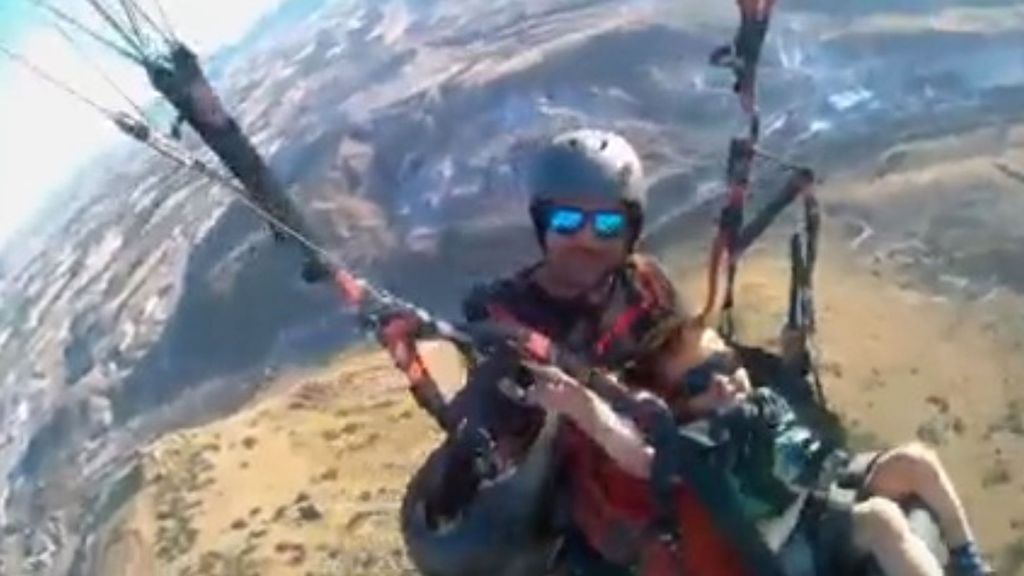 A paragliding instructor took his 4-year-old son on a 30-minute flight and allowed him to steer, while he captured the experience on video.

Tamer Adıyaman, a part-time paragliding instructor for six years in Aksaray, Turkey, waited until his youngest child, Ahmet, turned 4 before taking him on his debut flight.

“I love this sport so much, and I want my children to be ready to make the Turkish national team,” said Adıyaman, whose wife is also a paragliding instructor.

Adıyaman and Ahmet set off from Asikli mountain near Guvercinlik.

“During the flight, Ahmet said he wanted to steer the paraglider with me, and he flew it by himself for a while,” he said. “We landed safely after a nice flight. We really enjoy this sport in our region, and we are doing our best to promote it.”

Although paragliding is regarded by some as an extreme sport, he said that reputation is not deserved.

“Paragliding is one of the safest sports there is,” he said. “After each flight, my kids are so excited and want to fly again.

“Their mother also has experience flying with me.”

Ahmet said of his first paragliding experience: “I had an amazing flight. I waved a lot. I flew like a bird!”

Adıyaman said he has completed numerous flights in Nevsehir and Samsun provinces and dreams of paragliding in Australia with his family.

The area where they flew over, Asikli Hoyuk, is a settlement mound 15 miles southeast of Aksaray. The area is covered by volcanic tuff, a rock made of volcanic ash. Asikli Hoyuk is known for its archaeological site, which was first settled in around 8,200 B.C.

The site was first looked into by professor Ian A. Todd who visited it in the summer of 1964. Interested in the area, the professor conducted several kinds of research. He noted there is a significant amount of volcanic glass — called obsidian — in the area.

Aksaray, in Central Anatolia, was a stopover on the Silk Road for centuries. The area has numerous historical sites, including three monumental caravanserais. Aksaray is also known for its regional cuisine.