Toffee Peanuts Are A Healthy Way To Satisfy A Sweet Tooth 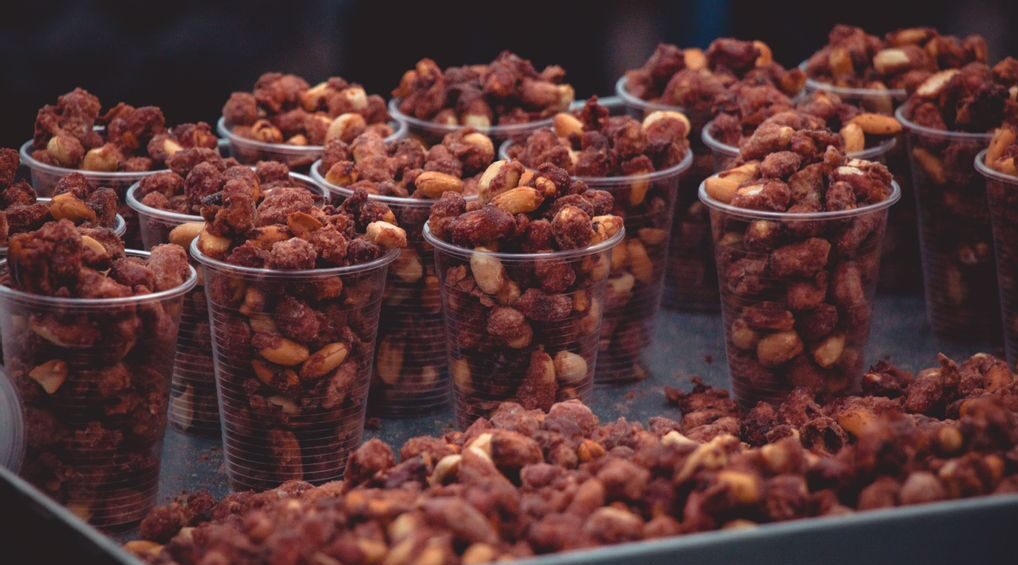 Toffee peanuts are a popular snack in Mexico, which is sold in markets or street stalls. (Tommy Van Kessel/Unsplash)

Traditional Mexican treats include a variety of nuts prepared in different ways. Toffee peanuts are a popular snack sold in grocery stores, markets and street stalls in Mexico’s major cities.

“When I was a child, my father used to take my brother and me to the park. He usually bought us a bag of toffee peanuts from a man who made them right there in a saucepan,” said Luis Gabriel Cervantes, a retiree living in Veracruz.

“The man also sold toffee pecans. They were fairly cheap. … From my point of view, I see them as candy more than a snack. To date, I buy them at a stall in a corner at the city center.”

Stalls where vendors brown peanuts in large saucepans until they acquire a golden hue are widespread in Mexico’s plazas, markets or fairs. After roasting, the nuts are poured over boiling brown sugar. Once they cool down, toffee peanuts look like pebbles with tiny marks.

Toffee peanuts may have originated in Ancient Egypt, where cooks candied nuts with honey instead of sugar.

Cooks prepare a similar candy in Asia with palm sugar and semolina paste. The Japanese call it “amanattó” and make it with beans and peanuts.

Toffee peanuts are traditional in Mexico City. Salvador Novo, Mexico’s most renowned chronicler, wrote that rubber-soled shoes, danzones [a type of dance], and toffee peanuts were his first memories of the capital.

Mexican vendors sell other toffee-coated nuts, as well. They offer these delicacies in bags or glasses, in carts or in street stalls all around the city.

“I sell them in bags and tubes, depending on how much the person wants. The bag costs $0.75, and the tube costs $0.50. They are not expensive. The product is brought to me from [the nearby city of] Córdoba, and it always comes fresh. The peanuts always come well-browned and crisp,” he said.

At such a low price, toffee peanuts are considered a convenient artisan snack that healthily satisfies the sweet tooth, as nuts have proteins and good fats.