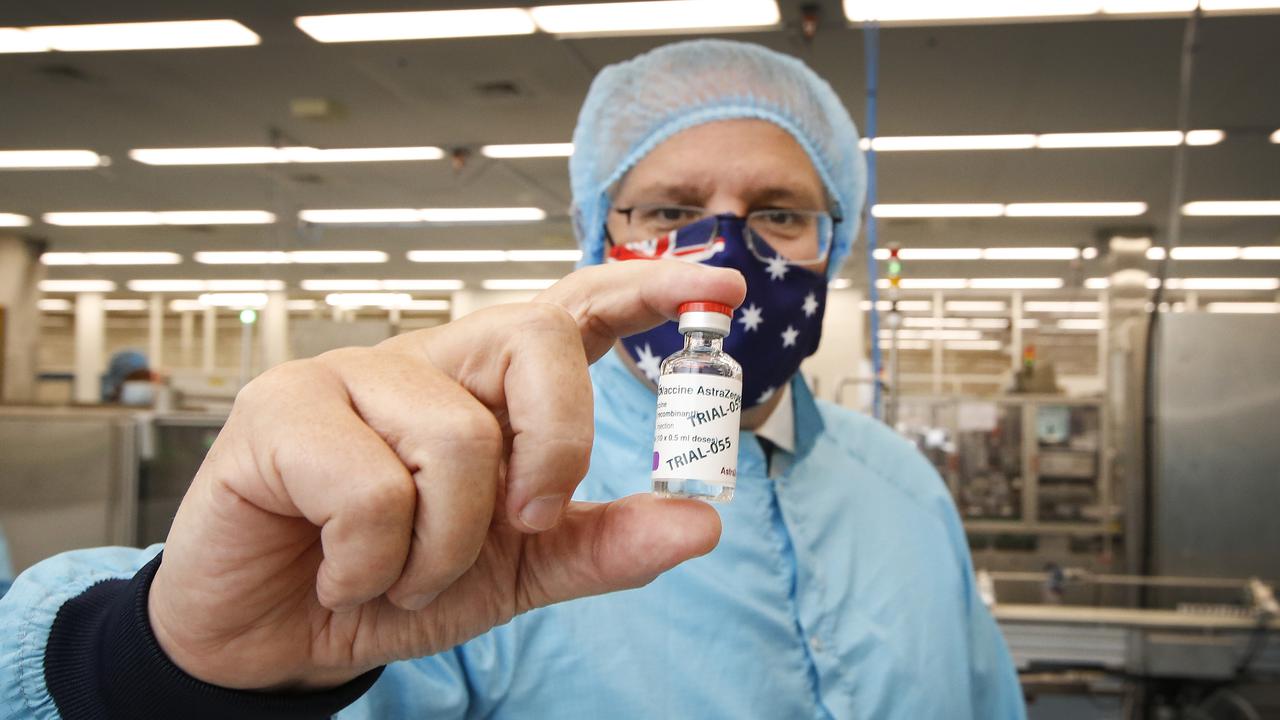 But the prime minister insists he is following senior scientists’ advice despite lobbying for changes from the Australian Technical Advisory Group on Immunisation.

The advisory group recommends the jab should be administered to people over 60 because of a link to extremely rare but serious blood clots.

The prime minister blamed the recommendation for causing a “big problem” that further slowed down his government’s bungled vaccine rollout.

He has now revealed making a “constant appeal” to the Australian Technical Advisory Group on Immunisation for changed recommendations.

“The situation Australia faces should be managed on the balance of risk, as the Australian Technical Advisory Group on Immunisation has said to me in the past,” said Morrison.

The prime minister was accused of throwing a hand grenade into the rollout when he encouraged people under 40 to speak to their doctor about receiving AstraZeneca.

About 32,000 people in the age bracket have received that jab since he made the comments in an evening news conference.

A late-night announcement was also used to reveal the immunization panel changed its AstraZeneca recommendation from 50 and above to over-60s.

“I cannot control what the Australian Technical Advisory Group on Immunisation advises,” he said.

He said the suggestion implied the government should have refused medical advice despite his appeals for the recommendation to be reconsidered.

“We undermine the independence of ATAGI at out peril,” said the opposition member of parliament.

The prime minister also refused to apologize for the bungled rollout and denied it was to blame for lockdowns affecting more than half of Australia’s population.

“Australians just want us to get it right,” he said.

“No country has got their pandemic response 100 percent, I think Australians understand that.”

Just 14.5 percent of the population is fully vaccinated, with the nation lagging behind most of the developed world.

The government has come under fire for heavily relying on AstraZeneca with supplies of Pfizer taking months to ramp up.

Currently, the Oxford-AstraZeneca vaccine (commonly known as AstraZeneca) is only recommended for people over 60, and Pfizer has been the preferred vaccine for other age groups. However, those under 40 aren’t eligible to receive the Pfizer vaccine due to supply shortages. The Commonwealth is set to receive 40 million doses by the end of the year, but the delivery won’t speed up until August.

Morrison acknowledged the rollout had significant challenges but pointed to a range of factors behind delays.

One million doses have been administered over the past week including more than 174,000 in the past 24 hours.

Opposition Leader Anthony Albanese said the prime minister was wrong to declare the vaccine rollout was not a race.

“We see now the consequences of the fact that we’re running last in the race to get people vaccinated in the developed world,” he said.