Dozens of female soldiers become a part of the security services that monitor pilgrims in Mecca and Medina. 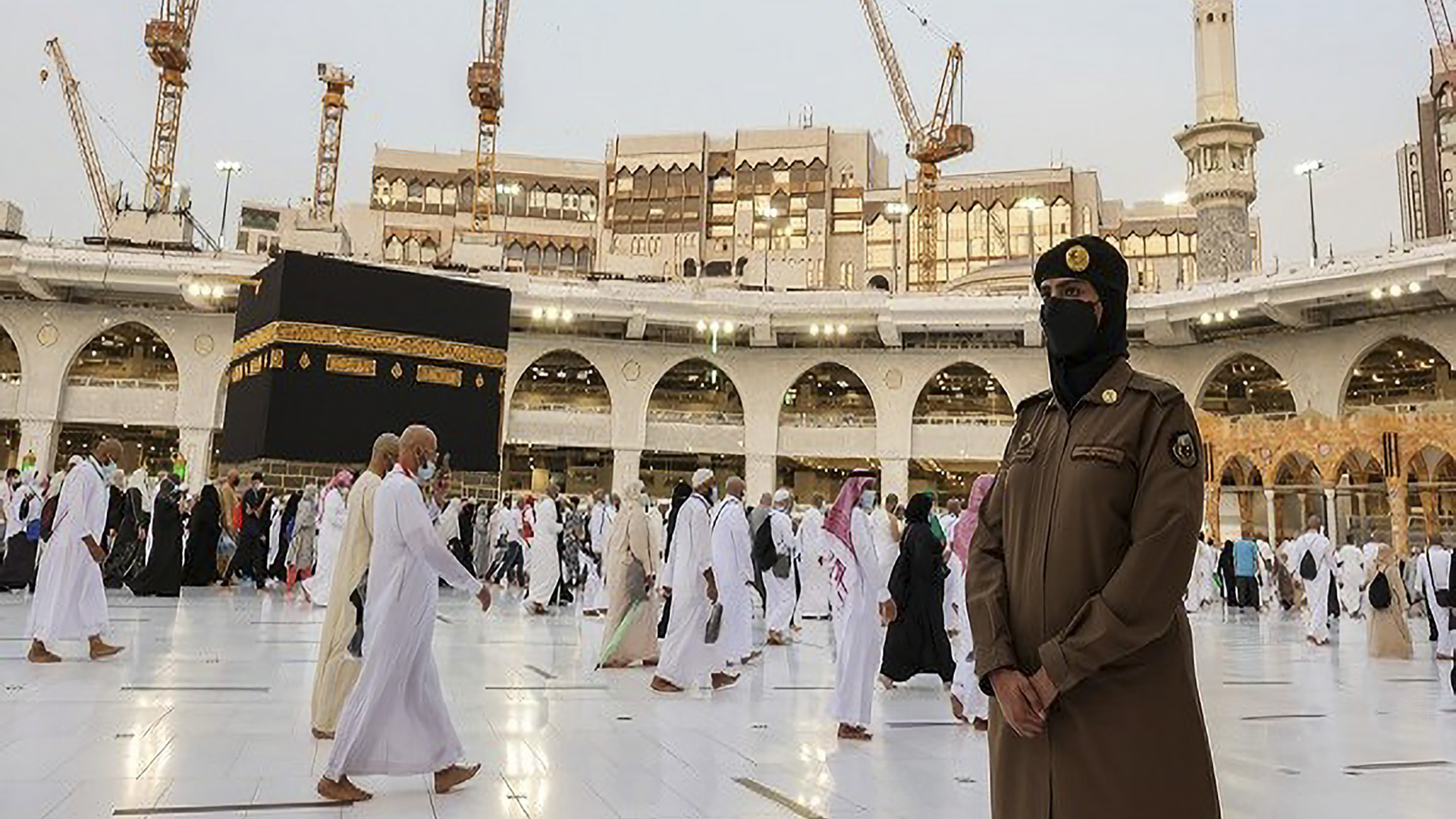 MECCA, Saudi Arabia — Dozens of female soldiers have become a part of the security services in a significant stride towards women empowerment that monitors pilgrims in Mecca and Medina, the birthplaces of Islam.

For the first time, Saudi female soldiers are standing guard in Mecca (Makkah) as thousands of Muslim pilgrims take part in this year’s Hajj.

Women dressed in military khaki uniforms were seen monitoring the security situation in the Grand Mosque in Mecca. Along with khaki, they were sporting a hip-length jacket, loose trousers, and a black beret over a veil covering their hair.

People across Twitter hailed the feat. Scores of users called it a key step towards women’s empowerment.

“First time in the history of Makkah a female Saudi Guard performing duty during #Hajj #WomenEmpowerment,” Shama Junejo, a feminist and a political scientist, tweeted.

“Long overdue but never too late,” another Twitter user wrote.

“From the field. Security guards for #Hajj and #Umrah. History’s first female security force has been deployed at the Grand Mosque in #Makkah, #SaudiArabia. #Saudi interior ministry shared pictures of women officers on duty. #WomenEmpowerment,” an activist’s tweet read.

While adhering to Covid-19 protocols, thousands of vaccinated Muslim pilgrims gathered at Mecca to perform Hajj.

Hajj is one of the five pillars of Islam. These pillars make up the core of the Islamic belief. To believe in Allah (the almighty) and his messenger, to perform salat (prayer performed by Muslims), to fast during Ramadan, to pay zakat, and to embark on Hajj; these five things define a Muslim.

Every Muslim needs to get this right in order to be identified as a person of the Islamic Faith.

Prophet Muhammad (founder of Islam) performed Hajj, and as it is believed that every Muslim should perform the task as he did, people embark on Hajj to obtain the blessings of Allah and to follow in his footsteps.

Hajj serves not just as a spiritual journey but also as a means to seeking forgiveness for the mistakes of the past.

The Hajj will conclude with the Eid al-Adha celebrations.

Previously drawing some 2.5 million Muslims from all walks of life from across the globe, the Hajj pilgrimage is now almost unrecognizable in scale.

This year, 60,000 vaccinated citizens or residents of Saudi Arabia have been allowed to perform the Hajj due to continued concerns around the spread of the coronavirus. It is a far greater figure than last year’s largely symbolic Hajj that saw fewer than 1,000 people from within the kingdom taking part.

As many as 10,000 vaccinated Muslim pilgrims circled Islam’s holiest site in Mecca on July 18 but remained socially distanced and wore masks as the coronavirus takes its toll on the Hajj for a second year running.