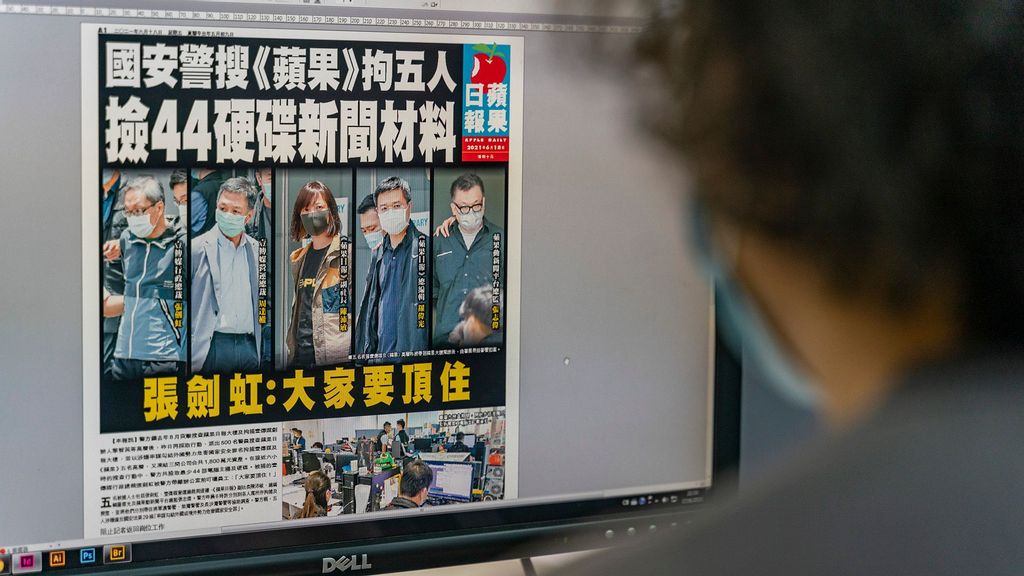 The pro-Chinese authorities continue to target former employees of the Apple Daily, which was forced to shut down last month following the crackdown by the Hong Kong administration.

The board of the newspaper decided to cease all operations in Hong Kong on June 24 after the top five executives and two lead opinion writers at Apple Daily and its parent company Next Digital, were arrested under the Beijing-imposed national security law.

The former executive editor-in-chief Lam Man-Chung was also arrested by the national security police on July 21 morning for allegedly conspiring to collude with foreign powers to endanger national security, as per a media report.

Lam had resigned as executive editor-in-chief after he oversaw the publication of the pro-democracy newspaper’s last copy on June 24.

“Hong Kong’s Apple Daily Tragedy Is Not an Isolated Event. ‘Beijing may even claim that HK’s [propped up] economy is doing even better after political crackdowns, and use that claim to challenge the US’s values of freedom, democracy, and the rule of law,'” said Hong Kong-based human rights advocacy group, Fight for Freedom, in a tweet.

The United States marked the one-year anniversary of the implementation of the national security law in Hong Kong and raised concerns over the “systematically undermined Hong Kong’s democratic institutions.”

“Since protests began in 2019, local authorities have arrested thousands for speaking out against government policies with which they disagreed, including for their social media posts and for attending vigils,” said United States Secretary of State Anthony J. Blinken in a statement.

“Journalists have been arrested simply for doing their jobs in reporting on the government’s activities and repressive efforts against protesters. Beijing has chipped away at Hong Kong’s reputation of accountable, transparent governance and respect for individual freedoms, and has broken its promise to leave Hong Kong’s high degree of autonomy unchanged for 50 years.”

“People in Hong Kong have the right to freedom of the press,” US President Joseph R. Biden had said after Apple Daily was shut. “Instead, Beijing is denying basic liberties and assaulting Hong Kong’s autonomy and democratic institutions and processes, inconsistent with its international obligations.”